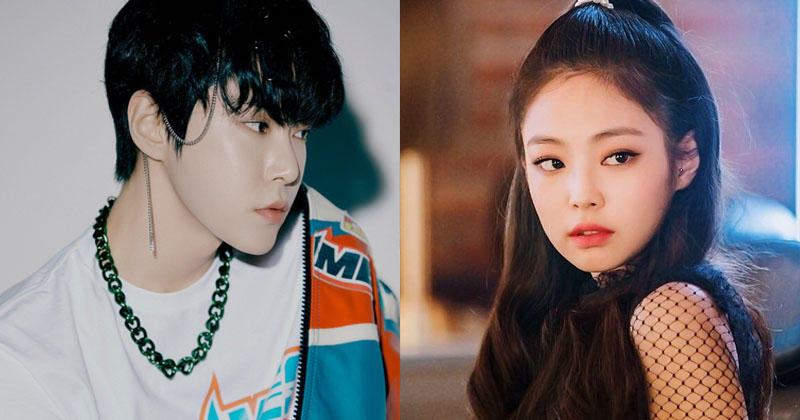 On October 27, Tuesday, NCT member Doyoung was seen liking a post about BLACKPINK's Jennie on Instagram. On October...

On October 18, the Instagram account 'Idol Issue' shared a photo comparing Jennie's look when she had full bangs and when she had see-through bangs. They shared photos of the idol rocking both looks and asked fans to pick which hairstyle they thought suited her best.

Among the numerous Korean netizens who liked and commented on the post, one account stands out. One netizen who follows Doyoung was surprised to see the SM Entertainment male idol had actually liked the post.

While some had thought it could be a fan account for NCT's Doyoung, click his username or typing it in the Instagram search bar redirects you to his verified account. Notably, Doyoung only follows his fellow NCT members and the official NCT and NCT 127 Instagram accounts.

This has lead people to wonder how he came across the photo in the first place. Many theories arose as to how he could have stumbled upon it. One is that he was scrolling through photos from the account and accidentally liked the photo. This makes sense, as the posts made after the Jennie post concerns NCT, meaning he could have accidentally been scrolling and liked the post.

Another one is that the photo was seen on his explore page, but that would insinuate that he often looks at photos of female idols and/or Jennie. Another theory is that he found the photo through the hashtags. However, this also insinuates that he was looking at photos of BLACKPINK and Jennie, as all the tags on the photo are related to the idol and her group.

When fans caught wind of Doyoung liking the photo, he immediately went and unliked the photo. However, screenshots live forever, and fans and netizens are discussing the possible reason as to why he would like the photo in the first place.

"NCTzens find it funny, but only those girls think it's a serious matter."

"What is this? LOL! Is this a big enough matter for him to be cursed at? I think even I have accidentally pressed like while scrolling."

"Jennie would never even look at him."

"Is this your first time using SNS? Seriously... Try to use your head. I'm sure you have a lot of time to think."

"If this were Jung Jaehyun, Na Jaemin, Lucas, or any of the other popular ones, you guys would have killed him."

As we can see, netizens are divided over the situation. Many are cursing Doyoung for being careless, calling him a disgrace. Some netizens even accused him of ruining the reputation of NCT by carelessly liking a post about a female idol. Some even left rude comments saying Jennie would never give him the time of day.

Others, on the other hand, defended him. Numerous NCTzens came forward to say they don't care if Doyoung likes a photo of a girl or a female idol. Some also said it could just be an accident that he liked it.