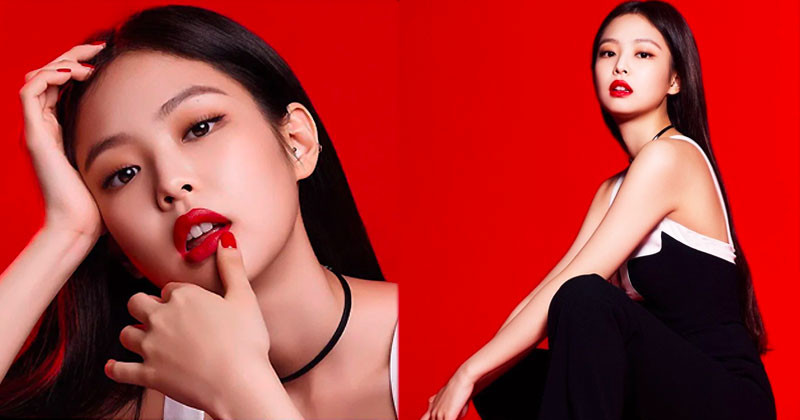 Jennie has turned into a true goddess in the latest photoshoot for Hera in the U.S.

If you’ve followed K-beauty since the beginning of its explosion in the U.S., perhaps you’ve heard of Hera. The brand is owned by beauty giant, AmorePacific and while you’ve probably seen its cushion compacts, it’s never actually been officially available to the American consumer. That, however, is finally changing, and the brand has brought Hera’s ambassador (since 2019) stateside for the big launch — BLACKPINK Jennie Kim.

Hera is making its debut on Amazon, not with skincare or cushion compacts, but with four exquisitely designed lip products. “As a leading Seoul-based beauty brand across Asian markets, Hera and AmorePacific received continuous requests from their global consumer to make the brand available in the United States, particularly via the Amazon community,” the brand said in an email to press. “This, along with the brand’s awareness and reach continuing to grow, helped in the decision-making of both when and which outlet the brand would be available on.”

Hera is a luxury line and these products show it — the packaging alone makes them worthy of prime vanity real estate. And while each item comes in a wide array of shades, Kim divulged her favorites, so you can shop her way, too.

Finally, if you’re not in the market for lip products but are curious about this classic K-beauty brand, the wait won’t be long for more. On April 22, the offerings will expand to include foundation, skincare, and even more lip colors.

BLACKPINK Jennie Net Worth 2021: How Rich is the 'SOLO' Singer?

What is BLACKPINK Jennie's Net Worth?

According to Celebrity Net Worth, Jennie Kim's current net worth, as of 2021, is $10 million USD. However, with the idol's number of brand deals, there is a chance it could be higher. She is also the first BLACKPINK member to debut as a soloist, meaning she could have earned more money with her solo single album, "SOLO."

In Jan. 2018, Jennie was named as the new model for Chanel Korea Beauty. By June of that year, Jennie became the ambassador for Chanel Korea, with the brand stating they chose Jennie due to her friendly style in line with Chanel's image and her loyalty to the brand.

In 2019, Jennie was named as Hera Cosmetic's new model due to her elegant and luxurious aura. Jennie's influence caused the sale of Hera Cosmetics' "Red Vibe" lip series to be five times higher than Hera's previous lip product releases. As a result, the lipstick collection is now known as "Jennie's Lipsticks."

Jennie was previously the advertisement model for the Samsung Galaxy S20 Aura Red, which was dubbed by the company as "Jennie Red." The product was launched for KT customers residing in South Korea exclusively.

On Jun. 11, 2020, Jennie was announced to be the newest brand ambassador for Lotte Confectionary's snack product, "Air Baked." A Lotte Confectionary representative stated they chose Jennie due to her being trendy with their targeted demographic of women in their 20s and 30s.

On Apr. 15, 2020, Jennie collaborated with Gentle Monster, a famous South Korean luxury eyewear brand. The collaboration, dubbed "Jentle Home," was inspired by the idol's childhood memories. All of the pieces in the collection were designed by herself and featured glasses, sunglasses, eyewear chains, and more.

On Feb. 2, Lotte Corporation announced that Jennie was the new of their soju brand, Chum Churum. On Feb. 10, Lotte Chilsung announced Jennie as the face of their soda with the release of their promotional material.

On Feb. 19, Jennie surprised fans by announcing that she became one of the fashion editors for Vogue Korea's March 2021 issue. According to the publication, Jennie participated in photoshoots as a planner. The BLACKPINK member also decided on the concept, hair and makeup draft, and overall styling.

Though Jennie has not divulged into what her family does for a living, people have already speculated that Jennie was born rich. She was born in Cheongdam-dong, Seoul, South Korea. Her hometown is widely known as a rich neighbor, with nearly all of its inhabitants being wealthy. Additionally, her family often went abroad, which is not a cheap habit.

Jennie's mother was also able to support Jennie as she studied in New Zealand during her formative years. Following a trip to Australia and New Zealand when she was eight years old, Jennie's mother asked her if she wanted to stay in the latter country, to which Jennie replied, "yes."

Jennie's mother was also willing to support Jennie's move to Florida, the United States, when Jennie was just 14 years old to continue her studies. However, after Jennie expressed her desires to pursue music, her family all moved back to South Korea.

It appears Jennie has always lived a comfortable life, but the idol has also worked hard for her dreams and to reach her level of success. With her net worth estimated to be $10 million USD, it is expected to rise as her fame grows. What Is The Secret of BLACKPINK Jennie To Have A Flawless "Glass Skin"?