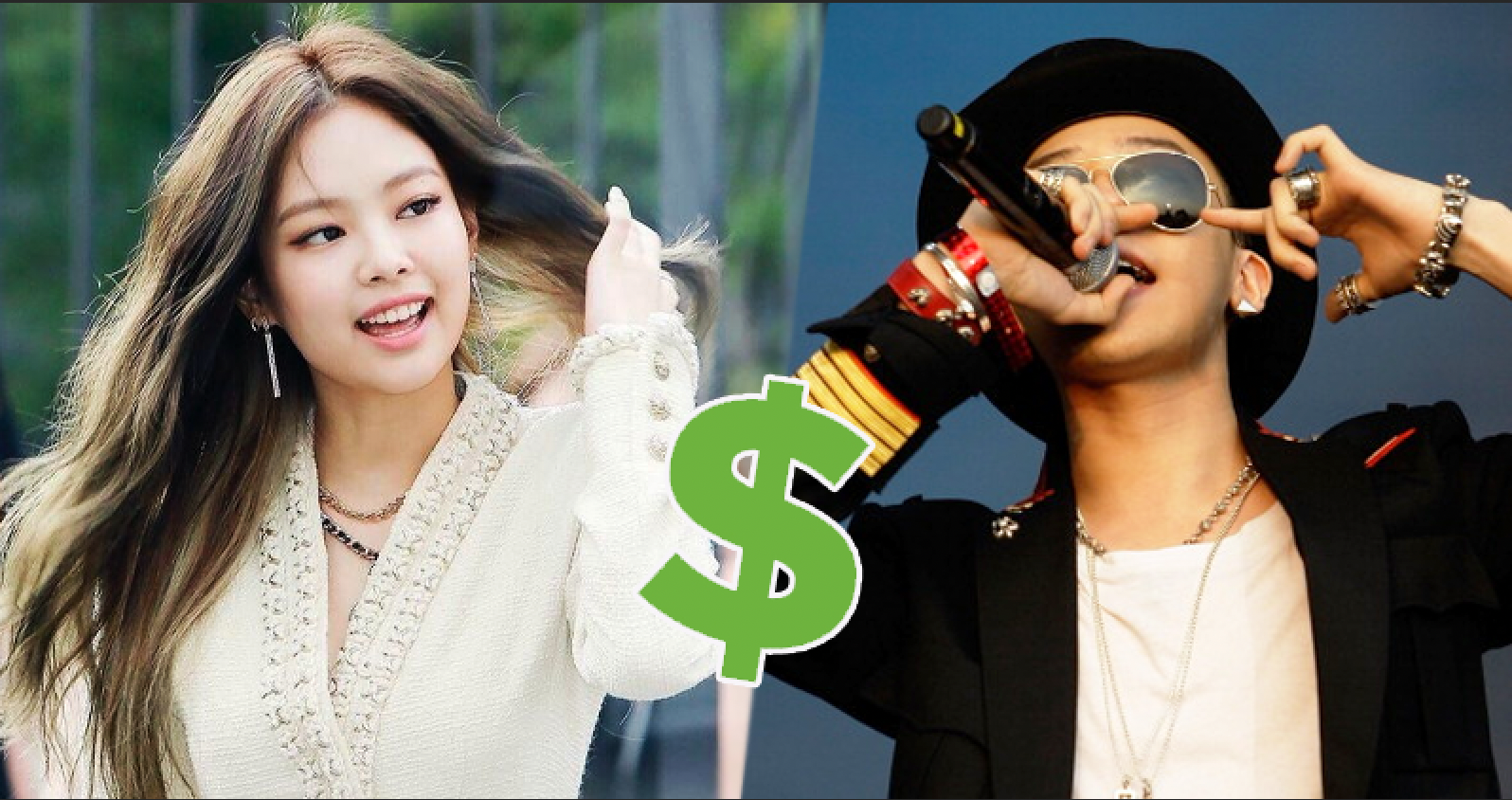 On the Aug. 11 broadcast of TMI News, 14 Korean celebrities who wear expensive plain outfits and the prices were unveiled. K-pop idols such as Jessica Jung, G-Dragon, BLACKPINK Jennie, EXO Kai, and more were included.

On the Top 14 list of Korean celebrities who wear expensive plain outfits revealed by TMI News, four of them are female K-pop idols.

Sunmi took the No. 12 spot in the rankings. TMI News stated that she once wore a floral print dress, which was also worn by actresses Han So Hee and Nana. This floral dress is a luxury brand product and costs 3.76 million won.

In addition to this, Sunmi also wore a black dress, which perfectly showcased her slim body. While it is only a plain black dress, the product costs 4.15 million won.

Sitting at No. 7 is BLACKPINK Jennie, who is known for her high-end clothes and other items. TMI News revealed that the full outfit that Jennie wore during the cherry blossom viewing totaled 10.4 million won.

This outfit included pants that cost about 30,000 won and a pair of white sneakers cost almost 80,000 won. Other high-end products she wore at the time are headbands, cardigans, and backpacks that are priced at 300,000 won, five million won, and five million won, respectively.

Apink Naeun took the No. 3 spot on the Top 14 list. According to TMI News, Naeun once wore a whole look that included a white T-shirt, floral long skirt, sandals, and a purse that amount to 7.7 million won.

Claiming the No. 1 position in the rankings is former Girls' Generation Jessica Jung. TMI News unveiled that the female idol has been collecting bags every year and has filled two closets with those.

Moreover, TMI News revealed that Jessica Jung once wore a complete look that is worth 23.5 million won.

G-Dragon, EXO Kai, BLOCK B Zico, and BLOCK B P.O are the Male K-pop Idols Who Wear Expensive Plain Outfits

When it comes to male K-pop idols, BLOCK B's Zico secured the No. 11 spot. He once had an airport look that is worth 6.5 million won. He also owns a G bag that is priced at 5.3 million won.

BLOCK B P.O ranked ninth on the Top 14 list. The rapper wore a French luxury brand full outfit that had a total price of 7.6 million won.

EXO Kai grabbed the No. 6 spot. As a star loved by an Italian luxury brand, he once sported an expensive plain outfit that is worth 11.3 million won.

Lastly, BIGBANG G-Dragon sits at No. 4 on the list. The total price of his airport look when he was about to attend a popular fashion show as an ambassador was 12.7 million won.