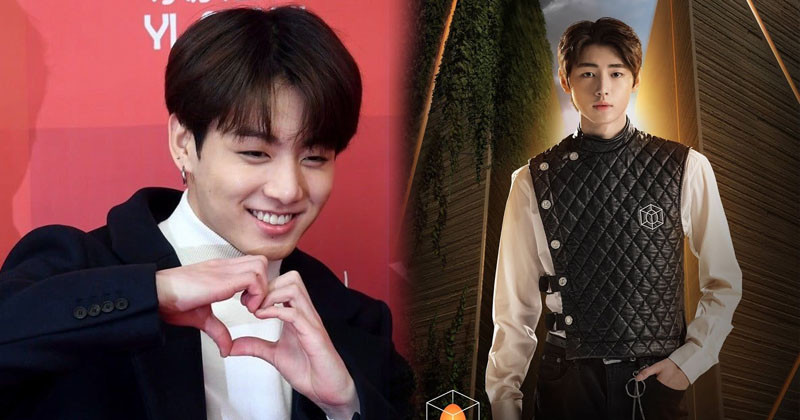 He talked about how BTS inspired him.

Like many of ENHYPEN‘s members, Sunghoon looks to his BTS seniors as role models.

On an episode of I-LAND, Sunghoon, a former professional figure skater, revealed that BTS inspired him to become an idol. “About two years ago, I started dreaming about becoming an idol,” he said. “I went to a BTS concert…”

Now, Sunghoon’s dream has come true. After a cutthroat competition on I-LAND, Sunghoon made it into the Top 7 chosen to debut in ENHYPEN. Not only that, he was able to meet BTS and become their Big Hit Labels junior under BE:LIFT.

"I wanted to become an idol, watching BTS’s performances. Now I want to put on amazing performances just like them and develop a kind of aura."

In a new interview with Weverse Magazine, Sunghoon talked about his dreams and debuting. He also shared a memory about Jungkook.

“I ran into Jung Kook in the company lounge once,” he said. “and he was so friendly when I said hello to him, and I was so happy when he cheered me on.”

Since BTS knows what it’s like to be rookies, they never miss a chance to be kind to their juniors. For more, BTS gave a lot of advice to the trainees on I-LAND before.

Popular rookie boy group ENHYPEN will once again captivate fans with another song from their debut album, 'Let Me In (20 CUBE)'. On December 16, ENHYPEN released a teaser video for 'Let Me In (20 CUBE)', a song from their debut album 'BORDER: DAY ONE', on their official SNS.

The video shows a dreamy atmosphere, where Sunoo dropped a cube glass containing blue liquid from his hand. A laser light shone in the bleak warehouse. And the members appeared as a group. ENHYPEN gathered towards the red light as if they had found something. Unlike the busy members, Sunoo reached towards the shelf in the warehouse for the cube. There was a scar on his face.

Then there was another scene, where the members were trapped inside a transparent glass box. The glass began to crack with a precarious sound as if it were about to break, raising expectations for the main MV to be released.

'Let Me In (20 CUBE)' is a cheerful song with hip-hop elements in the reggae genre, with its unique lyrics standing out. In particular, the appeal to "Let Me In" into the space of a loved one is ambiguous, implying the stories of boys who want to enter the world of admiration.

Earlier, ENHYPEN showed off their hot global popularity as soon as they debuted. 'BORDER: DAY ONE' sold 280,000 copies in its first week. Two weeks after their debut, the boys were honored 'Next Leader of the Year' at 'THE FACT MUSIC AWARDS 2020'.