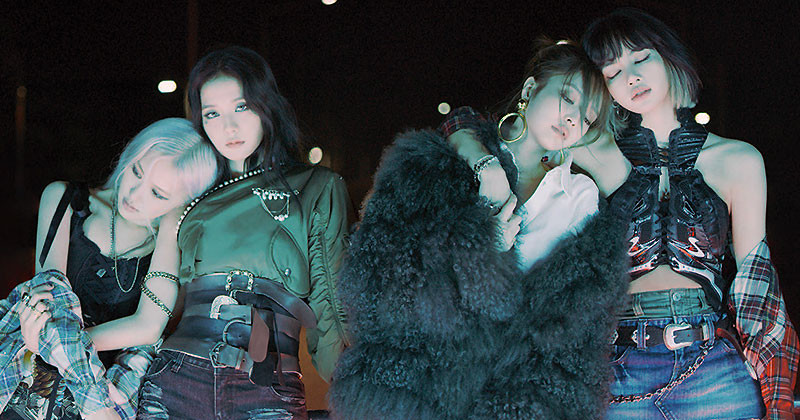 BLACKPINK just broke the internet when they showed off their singing prowess and exemplary dance moves again during "THE SHOW" virtual event.

On Monday, members Jennie, Lisa, Jisoo and Rosé made another feat after "Lovesick Girls" became the longest-running track popularized by a third-generation female K-Pop group on MelOn Top 10 Daily Chart.

"Lovesick Girls" now holds another record being the track sang by a third-generation female K-pop group in the MelOn Top 10 Daily Chart. The said track has been dominating the music chart in the last four months.

At the moment, "Lovesick Girls" is currently in rank 7. Other songs that made it to the MelOn Top 10 Daily Chart include "Celebrity" by IU, "Stars In The Sky" by Scripture, "VVS" by Erosion, "Dynamite" by BTS, and "Rent This Night and Tell Me" by 10CM. Jang Beom Jun's "I Can't Sleep," "Borrow Your Drunkenness" by Mountains, "It's Not Love That's Hard" by Lim Chang Jung, and "eight" by IU and BTS member Suga are also part of the list.

Last week, "Lovesick Girls" also surpassed 30 million streams on Genie. It is the second song of BLACKPINK from "THE ALBUM" to ever make such a record. Other popular tracks being widely streamed in the platform include "Pretty Savage," Bet You Wanna," and "How You Like That," among others.

Meanwhile, YG Entertainment revealed that BLACKPINK was able to garner more than 280,000 viewers during their recently-concluded "THE SHOW" virtual concert. Though the talent agency was happy with the turnout, it did not want the numbers to be highlighted as the quartet has been very careful so it would not affect the real value of the concert.

However, due to BLINKs' insistent demand, YG Entertainment decided to share the results. It also divulged that the official YouTube channel of BLACKPINK gained more than 2.7 million subscribers after "THE SHOW" was first announced, which proves that BLACKPINK one of the biggest stars today.

If that is not enough, the hashtag #THESHOWToday became the number one trending topic on Twitter on the day of the concert. The names of all BLACKPINK members even appeared on the social media sites' Top 10 trending topics at the time.

Among the highlights of "THE SHOW" virtual concert is the unveiling of Rosé's first solo track called "Gone." BLACKPINK members opened the show by singing their chart-topping song called "Kill This Love" and performed "Crazy Over You," which is a song that is part of "THE ALBUM." They also sang their other hit singles such as "How You Like That," "Playing With Fire" "Sour Candy," "Lovesick Girls," and "Don't Know What To Do," and more.

After a long time of waiting, on January 31st, fans officially enjoyed THE SHOW - the livestream concert of BLACKPINK. The 4 girls presented an investment, monumental, satisfying on both listening and visual parts.

To create the success of the repertoire, besides the explosion of BLACKPINK members, the backup dancers are also an important factor. Right after the concert ended, the girls took behind-the-scenes photos with their dancers. Among all the uploaded posts, the picture that most people share is BLACKPINK taken with a group of half-naked male dancers showing a full 6-pack on the DDU-DU DDU-DU stage.

4 BLACKPINK girls have fallen in the middle of a beautiful forest of boys with extremely attractive bodies. People couldn't help but compliment YG's "high-quality" dancers. So besides BLACKPINK, viewers are more or less distracted from this group of hot male dancers.

Here are some comments of netizens:

- So the 4 girls of BLACKPINK are mature enough to dance along these hot male 6-pack dancers.

- The dancer line is high-quality.

- So that YG feels that BLACKPINK themselves are not enough?

- I'm sorry but I got distracted sometimes because of your backup dancers.