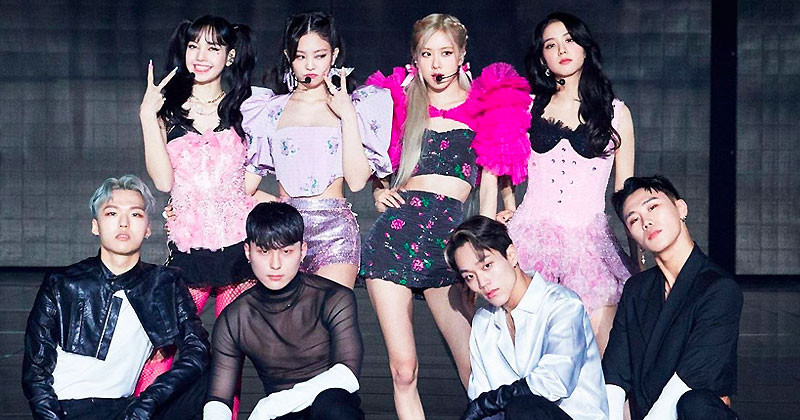 It was impressive from the very first moments when the girls stepped on stage.

BLACKPINK held their first online concert THE SHOW on January 31, 2021. Many things were revealed during the event, from re-arranged songs to band versions, solo stages, original tracks, and more.

Below are just some parts that fans will not forget anytime soon!

1. When the set was stunning

The set for the concert was large and beautifully decorated for each song. It was spacious enough to house numerous dancers, the members themselves, props, and a live band.

The water floor for “DDU-DU DDU-DU” was one of the most eye-catching parts!

2. When Jennie wrote a new rap for “SOLO”

“SOLO” may be two years old but it felt as fresh as ever in THE SHOW. Jennie made a new rap about confidence and being the best. She referenced “DDU-DU DDU-DU”, being on the cover of all major magazines, and how thankful she is to BLINKs.

3. When Lisa impressed with her rap

Attitude and class were Lisa’s trademarks that she conveyed best in her rap. She was laidback and confident, proving her seniority and years of experience.

4. When Jisoo made a Korean version of “Habits (Stay High)”

Jisoo made jaws drop with her fully translated Korean version of Tove Lo’s 2014 song “Habits”. Her vocals were stable the entire time and the emotion in her voice was clear.

She re-arranged “Habits” to make it more sorrowful and emotional, fitting her individual style as a singer.

5. When Rosé slayed with her outfits

Rosé undoubtedly had some of the prettiest clothes during the concert!

One of her outfits that was discussed far and wide on Korean social media sites was her modified Moncler jacket. It was both cropped and made into a skirt for a coherent and creative look.

6. When the backup dancers were stunning

The girls weren’t the only ones who dazzled the audience with their charisma and fashion sense. Their dancers were all gorgeous and talented, improving each stage with their presence.

Both the girls and the dancers posted photos together online, expressing their gratitude for each other and showing off their closeness.

Lisa covered Dojo Cat‘s 2020 hit “Say So” for her solo stage. She gave it a jazz-inspired concept with her outfit and mic stand. Her dance break, rap, and consistent vocals were kryptonite to fans!

8. When “Sour Candy” was played

The performance version of “Sour Candy” was sassy and sweet, and with the dancers, it was even better than expected! Their outfits were perfect for the song, their poker faces were very Lady Gaga-esque, and the excitement they stirred up in fans was incomparable to anything.

Last but certainly not the least, Rosé killed it with her solo stage! Her original song was revealed to be entitled “GONE”. It’s a fully English track that shows off her unique vocal color and melancholic music style.

No one can deny that THE SHOW was impressive from start to finish!

Fans Cannot Wait For BLACKPINK's Concert After This Performance on

BLACKPINK fans couldn't help but become impatient and excited to see the girl group's first online concert, 'The Show,' after seeing a snippet of their performance.

On January 28th, BLACKPINK appeared on 'The Late Late Show with James Corden' and showed a sneak peek of the concert stage as well as the girl group's performance of "Pretty Savage."

The girls also shared a little bit of what they have in store for their fans. Jennie introduced the stage for their concert and explained that the group has prepared a lot for their fans since it was their first online concert. Rose also revealed that she would be premiering her solo songs during the concert.

After seeing BLACKPINK's performance of "Pretty Savage," fans became more eager to see their online concert, which will be taking place on January 30.

Korean netizens shared their excitement in an online community as they left comments saying, "Wow, I'm more excited for the show now that I see their performance," "I can't wait," "I'm so excited for the online concert," "Wow, the quality of their performance is awesome," "It's so fantastic," "I really love the vibe they are giving off," "BLACKPINK is the best," "I really can't wait to listen to Rose's solo!" "Jennie is really good at performing," "They're all so gorgeous and so pretty," and "Lisa is as pretty as ever and dances the best."

Are you excited for their concert?