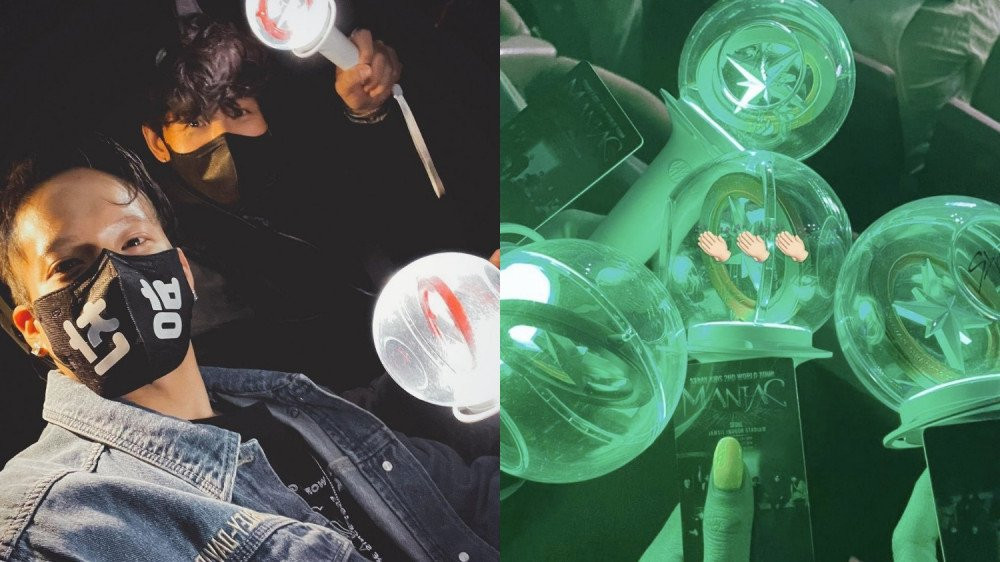 Stray Kids have just wrapped up their three-day concert at Jamsil Indoor Stadium in Seoul, which was held from April 29 to May 1 KST, as part of their second world tour 'Maniac.' And fans spotted these artists who went to their concert!

J.Y. Park, along with 2PM member Junho, and JLOUD were spotted at Stray Kids' day one concert on April 29.

BLACKPINK member Lisa along with (G)I-DLE members Minnie and Yuqi attended the second day of the concert in Seoul. After the concert, Minnie took to her personal Instagram account to share a photo of them holding Stray Kids' official lightsticks, Nachimbongs.

2PM members Wooyoung and Jun.K, NCT members Chenle and Kun, boy band Xdinary Heroes, and girl group NiziUwere all spotted on the third day of Stray Kids' concert. BTOB member Peniel also went to the concert, as he posted a photo of him holding a Nachimbong and wearing a mask with "Bang Chan" written in it on his Instagram account.

Fans are loving their friendships!