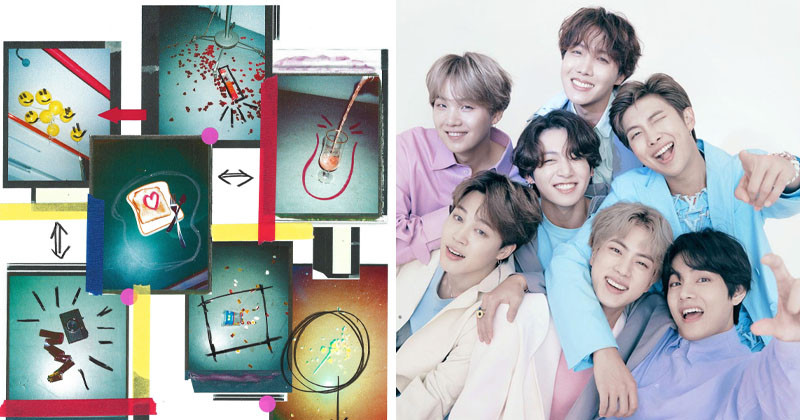 ARMY are coming up with a lot of theories about the first teaser photo that BTS released, showing the enthusiasm of the fans for 'Butter'.

BTS' new English single 'Butter' is coming closer than ever. To heat up the atmosphere, HYBE has released the first teaser photo for the new song, making ARMYs thinking about various hypotheses ever since. Here are 5 of the most interesting ideas about what to expect.

One of the most popular theories right now is that 'Butter' will be a sequel to 'Run', and it's easy to see why.

Released in 2015, the title track of the album 'The Most Beautiful Moment In Life, Pt. 2' is accompanied by a 7-minute music video with memorable home party scenes.

Similarly, the image of the new teaser also gives the atmosphere of a party. From balloons, paper fireworks to cocktails, it is not difficult to imagine these are photos taken in a night of "all out" fun. Therefore, some fans believe that the 'Butter' music video will show a party, or an after-party.

Another theory is that the MV will go back to BTS' past, but in a different way. Some ARMYs have noticed that the yellow, doodle-shaped balloons look similar to the ones BTS used for their first anniversary party in a clip from 2014.

As a result, some fans are speculating that BTS may be reminiscing about the group's old days in the 'Butter' music video - maybe even expressing a wish to go back to that simpler time.

Similar to the two theories above, another ARMY think thehouse party in 'Butter' could be a metaphor for BTS becoming superstar.

According to this theory, BTS may find themselves waking up from a crazy party and trying to recall what happened the night before - the photos are proofs. Thinking more deeply, this may represent BTS trying to understand why they suddenly became superstars.

4. 'Butter' will has a dark music video

Others argue that 'Butter' can have a darker tone, not just nostalgia. HYBE's press release has revealed that 'Butter' will be "a dance pop song filled with BTS's smooth yet charismatic charm", so ARMY knows that the song itself will be gentle and fun.

However, judging from the first teaser image, some people think that maybe the playful music will contrast with the dark meanings in the lyrics.

5. 'Butter' can feature a crime scene

It's worth noting that there's another fairly popular hypothesis saying the images in the trailer could be crime scene photos. Ideas about crime can range from harmless crimes to more serious ones.

Either way, the ARMYs who believe in this theory all think that the photos in the teaser are a clue to who the culprit is.

To see what BTS wants to bring to ARMY, let's count down to May 21!