'2020 MAMA' Predictions By Knet: BTS For 'Best Male Group' And Who For 'Best Female Group'? 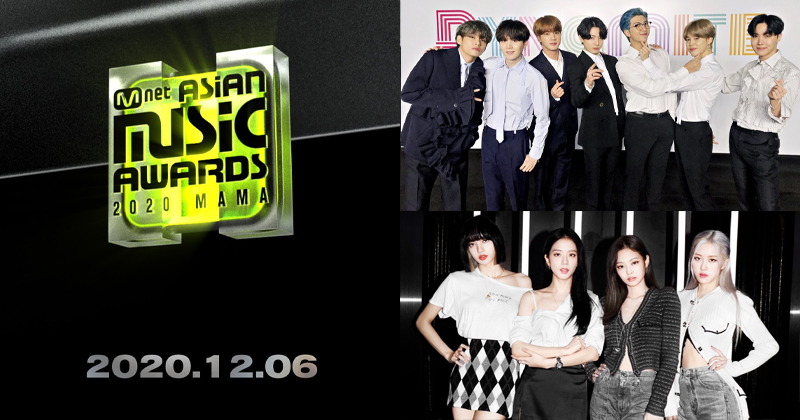 One of the most anticipated music award ceremonies of the year is the upcoming Mnet Asian Music Awards (MAMA). As expec...

One of the most anticipated music award ceremonies of the year is the upcoming Mnet Asian Music Awards (MAMA). As expected, the award ceremony this year will take place in South Korea at 6 PM KST on December 6. And on October 29, the '2020 MAMA' announced the list of nominees for all categories and opened the online voting, which will last until December 5.

Besides the grand awards (Daesang), the categories that received the most attention from K-Pop fans is the 'Best Male Group' and 'Best Female Group'. This year, the criteria to determine the best male and female groups include: 30% valid votes, 30% judges' score, 20% digital sales, 20% physical album sales.

For the 'Best Male Group' category at '2020 MAMA', most of the comments say BTS. Although this category only considers the groups' performance in South Korea and exclude international achievements, it does not close the gap between BTS and the rest of the nominees, either in terms of physical album sales or digital sales.

The sales of 'Map of The Soul: 7' alone or the fact that 'Dynamite' is the song with the most PAK in the history of K-Pop is enough to make Knet believe that the group will definitely win this category. Because so many people think that BTS will be the winner, the 'Best Male Group' category has hardly any controversial comments.

Contrary to the male one, the 'Best Female Group' category is so hard to predict. Considering the official criteria given by '2020 MAMA', BLACKPINK should be the winner, since 2020 was a successful year for the YG girl group, when they not only had outstanding achievements in the international arena, but also affirmed their position in South Korea.

Although 'Lovesick Girls' and 'Ice Cream' did not have great results on major Korean digital music charts, the single 'How You Like That' alone is enough to help BLACKPINK surpass the other girl groups, with 12 PAKs and a long time staying on the No.1 of Melon. In terms of physical album sales, 'THE ALBUM' is also holding the record as the first and only album by a K-Pop girl group to sell a million copies.

BLACKPINK should be the winner, but MAMA is well-known for having a 'hidden' criterion that can change the outcome of this category: You may not win if you don't attend the award ceremony. And BLACKPINK won't come to the ceremony. Therefore, Knet thinks that if Mnet does not give the title to BLACKPINK, the 'Best Female Group' may go to Oh My Girl or IZ*ONE.

Oh My Girl is quite strong in terms of digital sales in South Korea. Meanwhile, IZ*ONE has better physical album sales, and has the advantage of being a group loved by CJ ENM - the company which owns Mnet. Therefore, Knet thinks that one of these two groups may receive the award at '2020 MAMA' if BLACKPINK doesn't.

Some comments from Knet about the 'Best Male Group' And 'Best Female Group' categories: