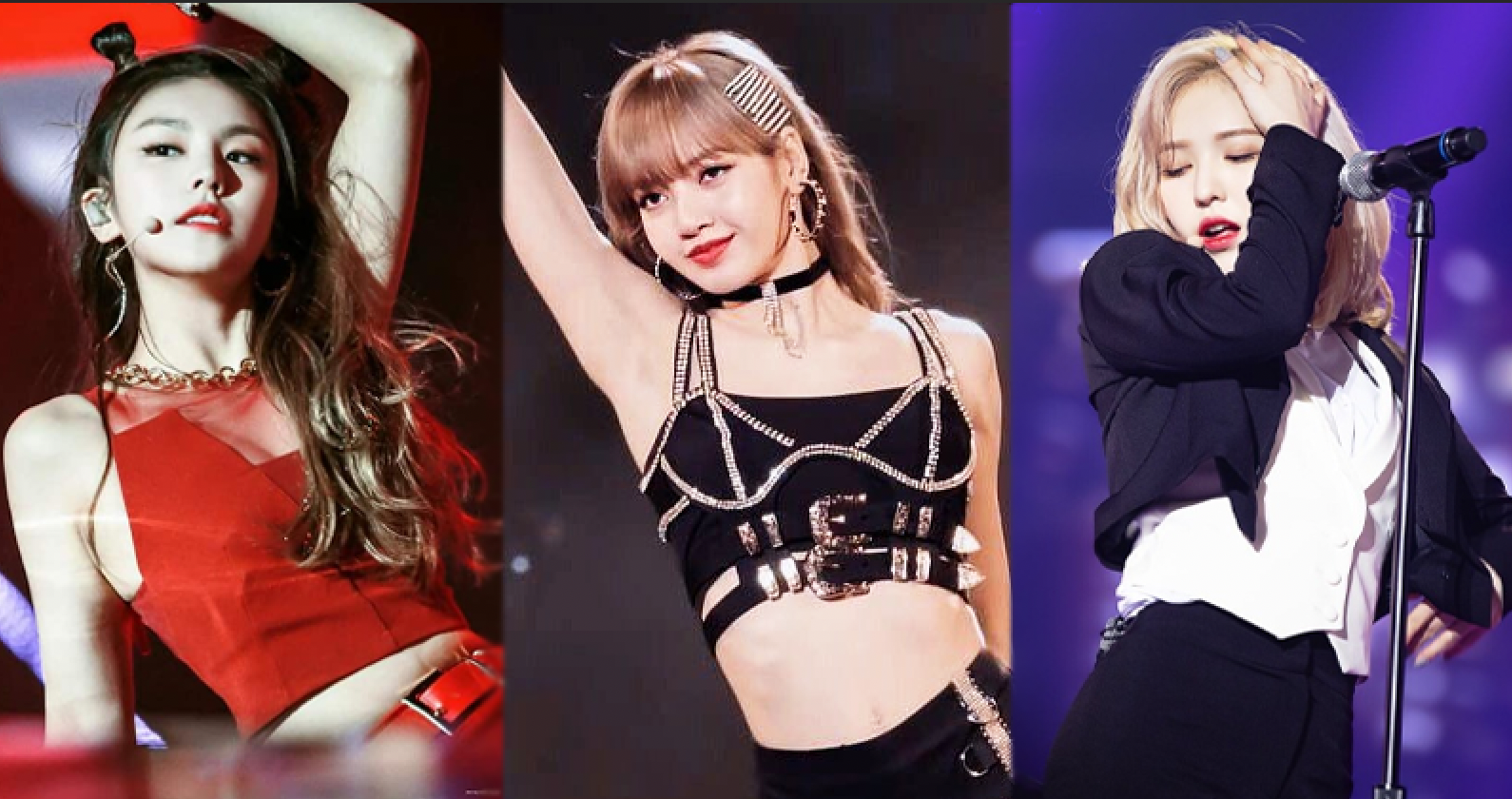 In an online Korean community site, fans and netizens discussed that these K-pop female idols are leading when it comes to oozing charisma mixed with powerful skills and talents onstage, among other K-pop idols.

The following names are indeed some of the crowd's favorites, and once you get to see them, you can't stop being immersed in their performance, and you will see yourself being fixated only to them!

The Thai K-pop idol and the youngest member of BLACKPINK can be as cute and squishy outside the stage, but you'll be shocked at how Lisa can turn the stage into her possession with her fiery stage presence, impressive dancing skills, and praiseworthy rap.

Fans often called TWICE's leader as "god Jihyo" and want to know why? It's definitely because of her 'godly nature'! Aside from being a passionate leader, Jihyo also is a killer onstage, and her visual and smile can indeed melt your heart!

Perfect visual, dancing skills, majestic voice? Wendy of Red Velvet got everything you'll want to see from an idol. She has this lively and upbeat aura, but wait for her sing and belts her high notes, and Wendy's power' will undoubtedly wreck you.

If talking about charisma, sexiness, dominance, and being a badass performer, then Solar is the one! Note that even male and female idols are being drawn by Solar's impact, along with other MAMAMOO members whenever they are performing. Such queens!

Just by looking at Yeji's 'cat-like' eyes, the female idol will immediately capture your attention. However, when she starts flaunting her cool and unique vibe, it's not easy to not stan her anymore!

One of the ultimate girl crushes, the rapping skills of Soyeon, partnered with her good-looks and confidence is really outstanding! If you don't know her, then you are definitely missing out!

One of the best dancers of the new generation of K-pop, Chaeyeon's charisma when dancing (Specially on her dance breaks!) are addicting to watch, and even her hair can follow the rhythm of the dance that you'll think her hair is also dancing!

Indeed the "stan attractor' of EVERGLOW, Mia's dancing skills, and vocal prowess will amaze you!

Currently promoting as a solo artist, the former I.O.I member Chung Ha is an excellent all-rounder idol who can flaunt her dancing skills, singing talent, and visual-all at once on stage!

Luna's singing skills are incredible, not to mention her elegant appeal on stage, yet its impact is massive.

Seungyeon of KARA has a different attack on the stage in which she uses her vitamin-like energy, which can boost you! She can be cute, sexy, powerful, and badass too!

And the last idol who earned a spot on the list but is definitely not the least, Eunji of Apink can attract several fans with her bubbly energy, exciting and refreshing aura on the stage, not to mention her fantastic vocal!