Nam Joo Hyuk Co-operate With Han Ji Min, Why He Cried At The “Josée” Press Conference, And More On December 7, Nam Joo Hyuk joins in an online interview to discuss the upcoming film “Josée” of him and his admiration for his character.

This is A remake of the Japanese film “Josee, the Tiger and the Fish,” which is based on the novel of the same name, “Josée” will tell the story of a woman and a man who began the most beautiful chapter of their lives after meeting one another. The film stars “Radiant” co-stars Han Ji Min and Nam Joo Hyuk as Josée and Young Suk respectively.

First, He shared about the pressure of starring in a remake, commenting, “I think it’d really be a lie if I said that there was no pressure. Although the director and actors all felt pressured, only the grand picture of director Kim Jong Kwan’s ‘Josée’ is similar to the original. The director’s desire to create a completely new image was a challenge for me as well.”

When it comes to his character, Nam Joo Hyuk revealed that he approached the role like a detailed documentary. He added, “After acting like that and watching the final product, I personally felt like Young Suk and Josée’s relationship was very natural, to the extent that I worked and had hoped for. Young Suk is a role that I portrayed without any regrets so I feel very content.”

After working together on “Radiant” in 2019, this is now Nam Joo Hyuk’s second time working with Han Ji Min. He spoke about their reunion, commenting, “In such a short time, I was able to work on another project with Han Ji Min. I can’t say there was no pressure at all. Director Kim Jong Kwan had liked our image in ‘Radiant’ so much.”

Nam Joo Hyuk continued, “Both Han Ji Min and I thought we would be able to work together to create really amazing scenes and showcase what we weren’t able to in ‘Radiant.’ In our new roles as Josée and Young Suk, we had a lot more conversation. We filmed a lot together so we were able to communicate on a deeper level as we discussed with the director for each scene. We didn’t have that many scenes together in ‘Radiant.'”

Last month at a press conference for the film, Nam Joo Hyuk cried while watching a clip for the movie. Regarding his tears, he commented with a laugh, “I want to apologize once again.”

He added, “This year, I worked really hard and appeared on broadcasts often so the press conference was the first time I had watched that video. Since it captured the film from beginning to end, it felt like Young Suk’s heart that I felt while filming was really coming out. I think I made a mistake emotionally. I’m sorry. I think I was so immersed in Young Suk emotionally.”

Nam Joo Hyuk gave his final thoughts on working on the film, sharing, “I think this was a very fun experience for me to move forward more energetically. It’s a project that gave me a lot of positive influence. While working on it, I often thought, ‘This is what it’s like to create something together.’ It’s a project that allowed me to think, ‘In the future, I’ll have to continue trying stuff out like this.'”

“Josée” premieres on December 10. You can watch the trailer below! 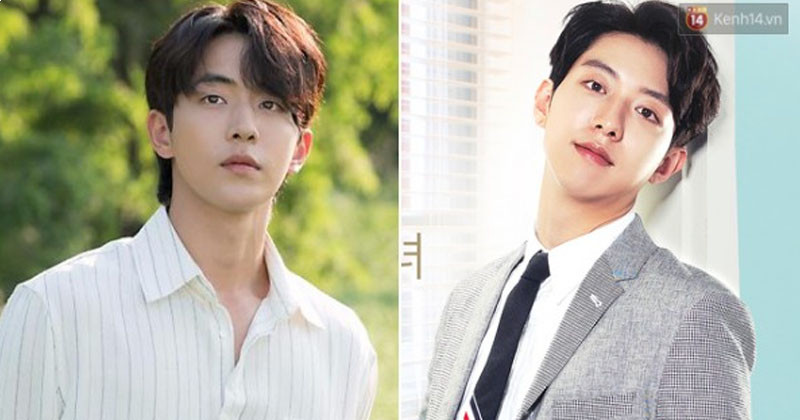