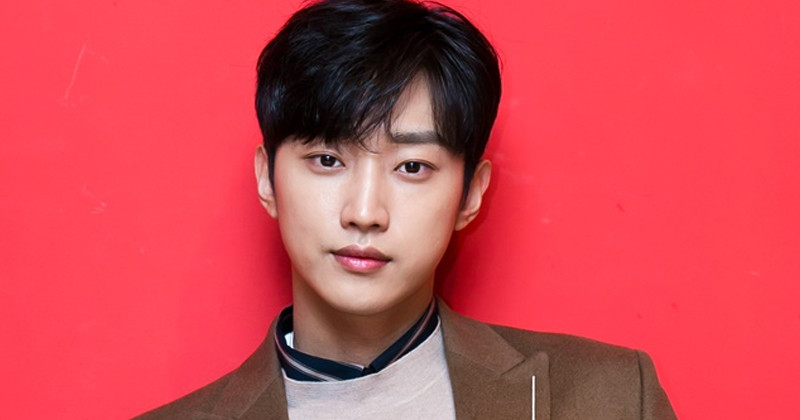 Actor Jung Jinyoung may return to the small screen immediately after being discharged from the military with the drama 'Police Academy'.

An official from the entertainment industry revealed on February 16 that Jinyoung will return to the small screen as the main character of KBS2's new drama 'Police Academy' (written by Moon Min Jung, directed by Yoo Gwan Mo). 'Police Academy' is a drama about the growth of young people and romantic comedies set at a police university. It depicts the story of Kang Sunho, a 19-year-old boy who lived a life of not being greedy for anything, finding dreams, love, and himself through Yoo Dong Man, a professor whom he met at the police university, and his friends.

Jinyoung is said to play Kang Sunho, who will become a freshman at the National Police University in the drama. At the age of ten, he lost his parents in a car accident and remained alone, growing up quickly and waking up early into the cruel world. Since then, he has grown up to be a child who is not greedy for anything.

As his performance as an actor was prominent, viewers' expectations are also expected to soar for Jinyoung's return. He showed his presence in KBS2's 'Love In the Moonlight' and played a leading role in the Netflix drama 'My First First Love'. He also appeared in the movie 'The Dude in Me ' and confirmed his position as a blue chip of the film industry.

Jinyoung will join the drama after being discharged in April. He has been serving as a substitute since joining the training center in June 2019. He was judged as a Grade 4 in the Military Manpower Administration’s physical examination due to injuries such as his right shoulder joint.