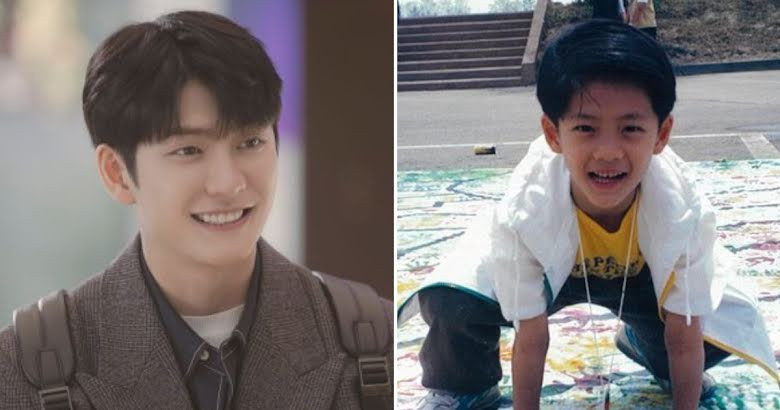 It was the perfect way to celebrate his 9th anniversary in acting!

One of the hottest actors in the K-Drama industry has to be Kang Tae Oh. Although the actor first debuted in 2013, he has recently gained a lot of attention after playing the loveable Lee Jun Ho in the K-Drama Extraordinary Attorney Woo.

Throughout his career, he has definitely done everything possible and shined every time. He started at Fantagio as part of the idol group 5urpsise…

Started acting as some of the most loved and popular second male leads in huge K-Dramas.

Until he finally got the role of the main male lead Lee Jun Ho in Extraordinary Attorney Woo and captured the hearts of netizens worldwide.

Despite gaining fame from Extraordinary Attorney Woo, Kang Tae Oh has been acting for a very long time, and August 2 actually marked his 9th anniversary since his acting debut.

While others might celebrate in different ways, Kang Tae Oh’s company Man Of Creation made fans smile by releasing never-seen-before pictures of the actor as a child. In the posts, they used the hashtags “Kim Yoon Hwan” (which is Kang Tae Oh’s real name), “Baby Tae Oh,” “Little kid Tae Oh,” “Cute Tae Oh,” and “Not Children’s Day.”

In the first four images, Kang Tae Oh can’t have been older than a few years old. Aside from the first one, which must’ve been when he was born, the actor seemed to have loved being outdoors.

Although the first pictures seemed unrecognizable, as the shots show an older Kang Tae Oh, the actor’s cheeky charms started to be seen in his expressions.

The final two images seem the most like Kang Tae Oh as the features, and facial expressions seem more similar to the actor we know. At the beach, a young Kang Tae seemed to showcase enthusiasm and energy even back then.

When the photos were shared, netizens couldn’t get over the photos, exclaiming just how cute they were.

Although Kang Tae Oh is enlisting in the military this month, he has definitely made a mark on netizens with his acting, personality, talent, and of course, his iconic TikTok account.