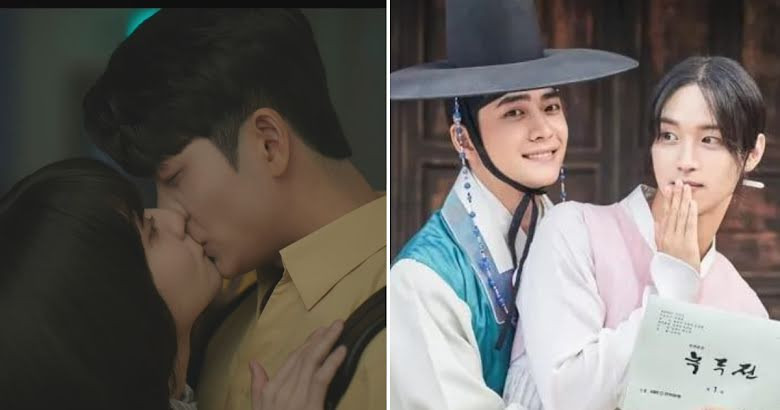 It was even his first historical K-Drama kiss!

Actor Kang Tae Oh has recently seen his fame sky-rocket after appearing as Lee Jun Ho in the recent K-Drama Extraordinary Attorney Woo. With his insane talent, charming charisma, and handsome visuals, he has stolen the hearts of netizens worldwide.

Throughout the series, the actor has showcased his amazing acting skills alongside co-star Park Eun Bin. Netizens have watched the relationship between Lee Jun Ho and Woo Young Woo grow.

In particular, their relationship grew to the point that Woo Young Woo felt comfortable kissing Lee Jun Ho, and it had fans swooning.

After the popularity of the show, netizens have been revisiting some of Kang Tae Oh’s past K-Dramas and the swoon-worthy moments with his co-stars.

In the past, he has had some iconic romance lines with some of the best actresses in the industry. When he starred in the K-Drama Run On, his chemistry with Girls’ Generation‘s Sooyoung captured the hearts of netizens, and their kiss scenes had fans swooning.

In particular, one kiss has recently been revisited after the popularity of Extraordinary Attorney Woo.

Despite his charming visuals and loveable personality as Lee Jun Ho, Kang Tae Oh also seems to have a knack for playing the bad guy. In 2019, he tricked viewers when his character Cha Yul Mu turned out to be the villain of the series.

While netizens were split on his character, it was the budding bromance with co-star Jang Dong Yoon that gained attention. In the storyline, Jang Dong Yoon’s character disguises himself as a woman… who happened to have a “crush” on Kang Tae Oh’s character.

During one of the scenes, after admitting his feelings for Lord Yul Mu (Kang Tae Oh’s character), Jang Dong Yoon kisses Kang Tae Oh, and it sends the rest of the characters into shock.

If it was enough to send the internet into meltdown when the scene was first released, the backstage footage had netizens LOL’ing. Jang Dong Yoon seemed to be preparing for the scene in the best ways, whether it was trying to dictate the smell of his breath or using lip balm. 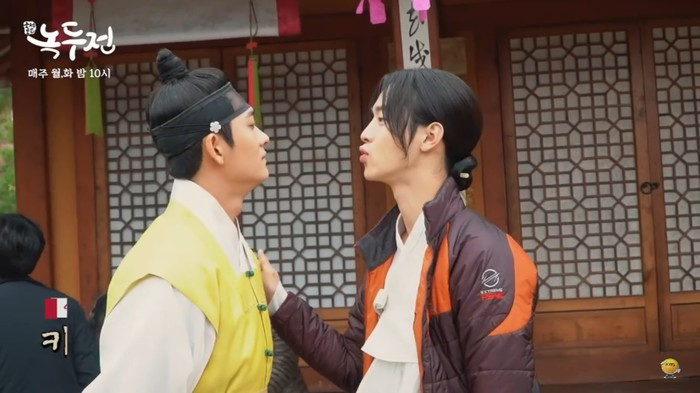 Kang Tae Oh even made hearts flutter after revealing it was his first kiss in a historical drama, making sure to take care of Jang Dong Yoon before the scene. When it came to filming, the duo seemed to want to get any awkwardness of Kang Tae Oh’s first historical kiss, and it was safe to say both Jang Dong Yoon and the rest of the cast had the funniest reactions when it happened. Even after the filming, Kang Tae Oh couldn’t stop praising his co-star and his behavior during the kiss.

Although the first scenes were a feeling-out period, when it came to the real kiss, both actors seemed more confident during filming.

Kang Tae Oh was even asking for his co-star to be more gentle. They were even giving each other advice to make the scene look more effective.

No matter what role Kang Tae Oh is given, he always puts in 100%. When the K-Drama was first released, it gained attention from netizens worldwide and received praise. After the actor’s rising fame from Extraordinary Attorney Woo, it isn’t surprising that netizens have revisited this scene and can’t stop gushing about it.

Although Kang Tae Oh is set to enlist later in the year, he has made fans fall in love with him. Hopefully, netizens will revisit his past work and realize what a crime it is that it’s taken so long for Kang Tae Oh to be noticed.