There are times when you’re in the mood to watch a K-drama where it gets right into the thick of things.

You’re really not in the mood for a slow-paced storyline where the two eventually fall in love and get together halfway through the series – or sometimes even towards the end. We’re talking about the K-dramas where the main leads are in love and dating within the first few episodes with the added bonus of maybe a kiss! Here are seven quick-burn K-dramas for those of you who want a series that gets right into the romance.

In “What’s Wrong With Secretary Kim,” Kim Mi So (Park Min Young) decides that it’s time for her to quit her job of being a secretary to Lee Young Joon (Park Seo Joon) in hopes of pursuing her dreams of finding a husband and starting a family. After being pretty dependent on her for a while, Young Joon can’t accept that she will be leaving and ends up proposing that they get married. 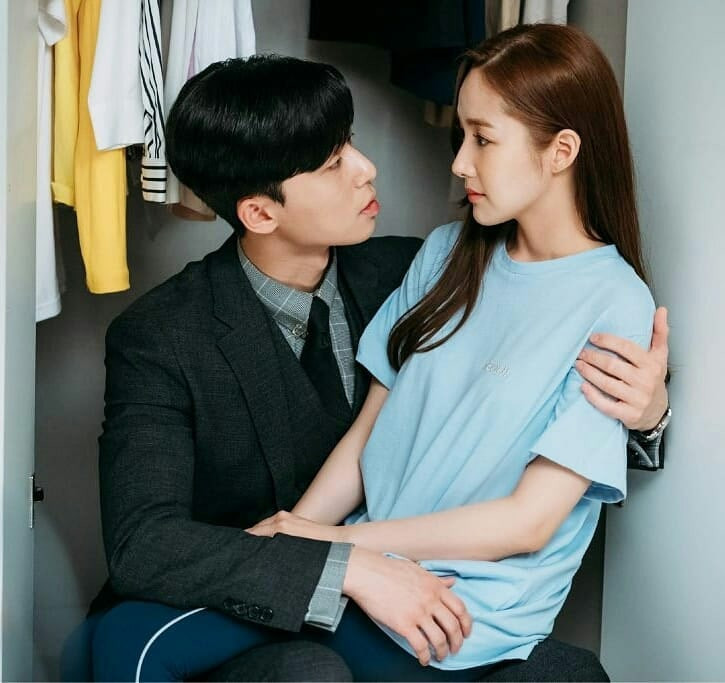 One of the best parts about this series, besides the fiery chemistry between the two main leads, is seeing how quickly this relationship moves. Within the first two episodes, you have Young Joon telling Mi So that he will marry her in hopes that she will continue to be his secretary. Granted, it’s not the most romantic situation, and he’s saying it more so because he needs her, but nonetheless it is what sparks the two to even consider each other romantically. And the pursuit of having a relationship with her thereafter is honestly what K-drama romance dreams are made of!

Yoo Na Bi (Han So Hee) is a university art student who gets entangled in a messy relationship with a fellow student named Park Jae Eon (Song Kang). Jae Eon doesn’t believe in dating but appears to enjoy flings. Yoo Na Bi is torn between her emotional and physical attraction for him. Sure these two lovebirds don’t start their relationship in the most ideal way, but it eventually works itself out. This angsty series involves a very complicated relationship between two university students, and although there is a lot of back and forth when it comes to them committing to an exclusive relationship, the physical aspects and the emotions progress rather quickly. People appreciated how true it stayed to the webtoon, and the two form a connection very quickly into the series.

3. “Pretty Noona Who Buys Me Food” (also known as “Something in the Rain”)

“Pretty Noona Who Buys Me Food” (also known as “Something in the Rain”) stars Son Ye Jin as Yoon Jin Ah and Jung Hae In as the adorable Seo Joon Hee. The storyline involves Ji Ah and Joon Hee falling in love after having known each other since they were kids. Ji Ah also happens to be best friends with Joon Hee’s older sister. Although there is a bit of an age gap between the two, they fall in love and have to deal with the trials and tribulations of their family members being against their relationship. The sweetest and most adorable part about this series is seeing this noona romance come to life so quickly. There is not much time to anticipate the two main leads falling in love and starting their relationship as the feelings are very much there within the first couple episodes. This romantic love story between Joon Hee and Jin Ah will have you longing for them to stay together until the very end. It’s an emotional investment from the very first episode!

4. “Descendants of the Sun”

In “Descendants of the Sun,” Song Joong Ki stars as Yoo Shi Jin alongside Song Hye Kyo as Kang Mo Yeon. Yoo Shi Jin is an army captain who falls head over heels for Dr. Kang. They embark on a whirlwind of a romance despite their different backgrounds. Although they want to be with each other, Yoo Shi Jin’s job consistently puts his life at risk, which is difficult for Mo Yeon to handle. The romance in this series is particularly quick, mainly because Yoo Shi Jin falls in love at first sight with Kang Mo Yeon. Within the first couple of episodes, we have Shi Jin making advances to Mo Yeon, showing his feelings for her rather quickly. The romance develops at full speed from this point on, but there are some obstacles that get in the way of the two being happy together. Despite this, the fact that the romance starts so early on in the series makes it a must-watch for people who do not have the patience to wait around for the OTP to fall in love!

Bae Ta Mi (Im Soo Jung) is a successful career woman who works at a web portal company. She is known all around the city, and there’s no stopping her success. When she meets Park Mo Gun (Jang Ki Yong), he falls completely in love with her. But he’s willing to call her out when she’s being guarded, and he challenges her to give love a chance. Mo Gun is exactly what Ta Mi needs, and she fights hard to not give in. Talk about a quick-burn romance! You have the two main leads sleeping together in a hotel room in the very first episode. It was a bit shocking to see this happen in a series, but there was nothing to complain about as the romance turned into an epic one. The love story between Ta Mi and Mo Gun will go down as being one of the best ever. Seeing how much Mo Gun loves Ta Mi and is willing to be with her no matter what is a romance that I can get on board with.

As the daughter of a politician, Cha Soo Hyun (Song Hye Kyo) is forced into a marriage with a man she doesn’t love, gets divorced, and ends up traveling to Havana, Cuba to help build a hotel. On her first day there, she gets into an accident, and this is where she has her first encounter with the free-spirited Kim Jin Hyuk (Park Bo Gum). This quick-burn love story between Soo Hyun and Jin Hyuk first begins with Cuba as the backdrop, and we really couldn’t have asked for a more beautiful setting. Within the first two episodes, the two main leads are able to break down walls and dance the night away in a Cuban bar. Although there are no kisses that are shared early on in the series, there is enough passion and romance in the first few episodes to keep you satisfied until the end.

A mobile application is created to indicate if someone within 10 meters of you likes you. When someone likes you, the alarm rings, but it doesn’t reveal the exact person’s identity. Kim Jo Jo (Kim So Hyun) gets caught in a situation with two boys (played by Song Kang and Jung Ga Ram) and decides whether or not it’s a good idea to download the app. 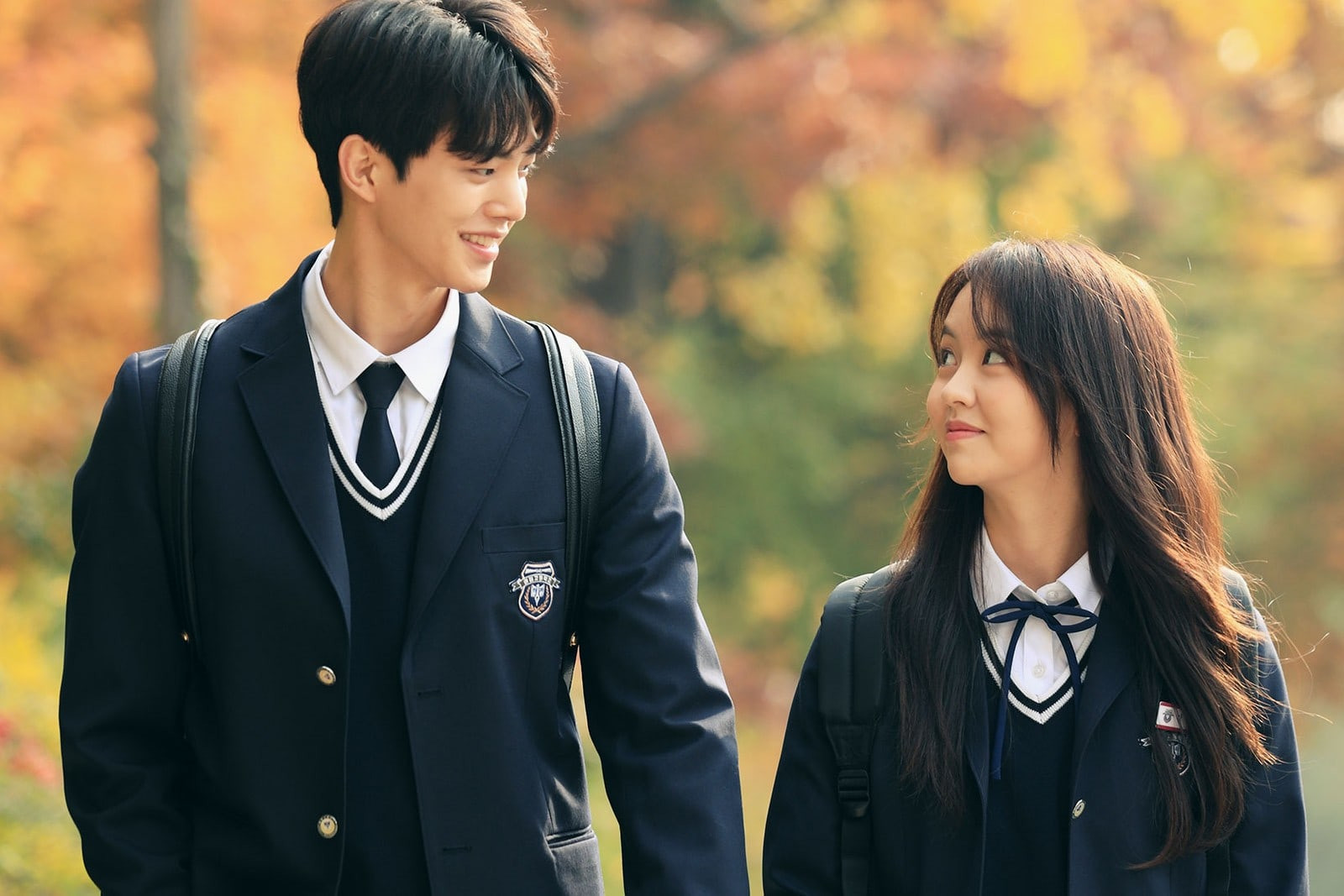 Right in the very first episode, there is a steamy kiss between Kim So Hyun’s and Song Kang’s characters that takes place on the side of a building. What more could you ask for? This quickly progresses into the two dating and falling head over heels in love. There is also a mysterious element in the backdrop that provides a good balance to the intense high school emotions and love story that is at the forefront. You will appreciate all of the butterflies and angst that this story brings.