Does EVERGLOW Do Well in Covering BLACKPINK's Hit Song "How You Like That"? 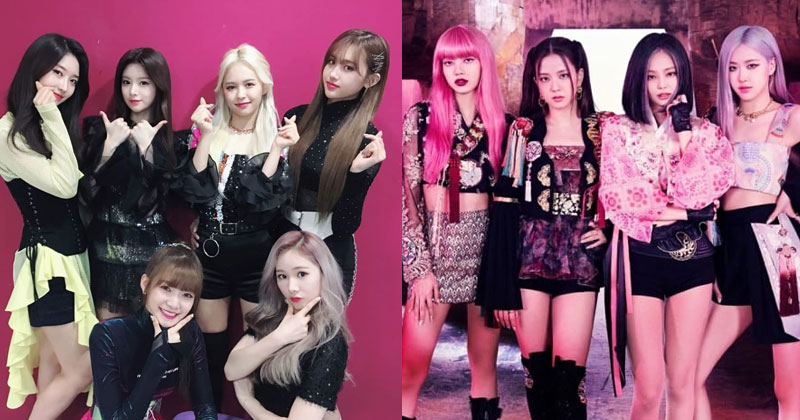 Each girl group was formed and trained in their own way with specific styles in both music style and the vibe they brin...

Each girl group was formed and trained in their own way with specific styles in both music style and the vibe they bring to the audience. There are some songs that were composed of groups but indeed, destined for them because of several reasons. This article will give out some certain examples of why "How You Like That" of BLACKPINK is the song that only the YG girl group could sing and perform it at the best.

Recently, EVERGLOW has covered this song in an online concert and naturally, the group has been compared with the original artists in every aspect. Netizens' opinions on this performance are not that as expected at all.

"How You Like That" was first the opening song for BLACKPINK's first full album to release in October. With the same pattern in producing the music sound but adding some special instrumental tunes with a iconic break down at the end of the girls, "How You Like That" proves to perfectly inherits the styles of Boombayah, Kill This Love and a fresh breath.

>>> See more: BLACKPINK Grabs 5 Guinness World Records With ‘How You Like That’

As usual, the visuals of BLACKPINK in the music video are just out of the world where each of the members shines like a flower at the fullest. While Jennie starts the song as the ice queen with crystal tears on her gorgeous face, Jisoo turns into a grunge girl who has suffered from broken love with shattered heart.

Move on to Rosé is the fragile girl who has fell in a hole or indeed, a metaphor of "fell for love" and after the catchy chorus, Lisa appears with her iconic swag rap parts and the edgy and confident presence at the same time. Like previous times, BLACKPINK's visuals are always considered as one of the best in K-Pop.

The song's main content is the words that the girls dedicated to those who always look down on them and wait for them to fall. But at the end, the girls are the aces who would easily overcome the harsh criticism and shine the brightest on the sky.

With such a powerful and badass vibes, How You Like That fits perfect with not only BLACKPINK's style but even the girls' voices are emphasized the spirit of the song.

That's why in EVERGLOW's version of How You Like That, netizens have had quite controversial opinions towards this performance. They dance well, sing on-beat and look beautiful but there are some things missing as a whole.

The biggest thing to notice is that the voices of EVERGLOW's members are not as sassy and strong-based as BLACKPINK. This factor is the main key for this song to touch the audience's heart and feel it thoroughly.

The rap part of Lisa is also cut off and netizens think that it's a smart move of EVERGLOW because the uniqueness in Lisa's rap wouldn't be able to transferred well. Above all, this is not a bad cover, but it's just lack of many major things: the spirit and the attitude of the song.

EVERGLOW is famous for catchy and upbeat dance songs that could make the audience stand up and dance along. Debuting with Bon Bon Chocolat, they received such huge attention for their music and style. All of their later projects are also high-praised that EVERGLOW becomes a powerful rookie girl group. For this cover, it may be just not their advantage.

Check out the cover song in this clip below.