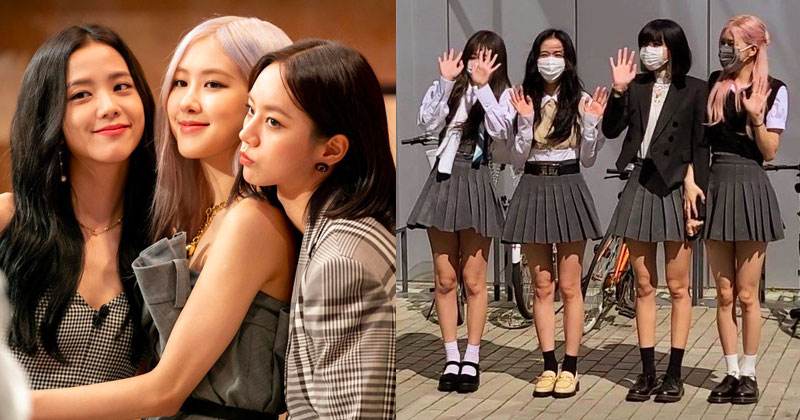 Even fans can not believe that BLACKPINK is ... this busy! It is true that everyone is different, YG has changed! Af...

Even fans can not believe that BLACKPINK is ... this busy! It is true that everyone is different, YG has changed!

After a long time making BLACKPINK's fans go crazy with the lack of activities like no schedule for a whole year, it seems that YG has finally changed their mind. Seeing the continuous release of the product, the busy and constant schedule of 4 girls makes fans a little surprised, suddenly ... not familiar with you guys! Has YG Entertainment really changed?

Firstly, in just 1 year, BLACKPINK worked with Lady Gaga, Selena Gomez and Cardi B - 3 popular female artists of the world music industry. These really dreamy collaborations that many Kpop groups in particular and artists, in general, have ever dreamed of all happens to the girl group - the 4-year-old Kpop girl group. With international cooperation products and famous names of the world music industry, it partly shows the potential and attraction of the YG girls how.

Not stopping there, the release of 2 singles "clear the way" and their first full album, fans now have a total of 3 MVs to watch and admire at in just 1 year. Even when YG announced this comeback plan, fans didn't believe it until the product released the official teaser. However, up to now, everything is going as planned, all activities are so smooth that BLACKPINK fans really can't believe that they will be through a period of time.

BLACKPINK released How You Like That as single paving the way and achieved great success. Just 2 months later, the collab with Selena Gomez Ice Cream released and then the MV Lovesick Girls - the title track of their first full album THE ALBUM.

The number of MVs being released continuously and the fact that BLACKPINK finally has their first album after 4 years of operation has made fans relieved even though the number of songs is not much, the total audience only has 8 new songs from the YG group only, but the quality is unconvinced.

Looking at the BLACKPINK promotion schedule announced continuously over the past few days, many longtime fans have had to "pass out", showing obvious jealousy towards many new fans because they have gone through the promoted comebacks of the group!

- Release of the documentary BLACKPINK: Light Up The Sky

* BLACKPINK has also confirmed to join Running Man, filming and broadcasting next week.

BLACKPINK not only performs on weekly music shows but also can participate in TV shows as individuals and as pairs of members and the whole group! Every day, there will be new content and images about BLACKPINK for fans to see. So Blinks couldn't help but keeping their eyes open all the time because there will be news about idols to update.

MV "Lovesick Girls'' debuted on October 2 and recently had enough dance practice video. Previously, the trailer released a documentary film in cooperation with Netflix, appeared in the new show Released of YouTube, Jisoo was allowed to go to the cooking show, most recently the group also participated in 1theK's Prison Interview ... But time to promote the full album and their title song can be considered really starting from Friday this week (October 9) with a tight schedule.