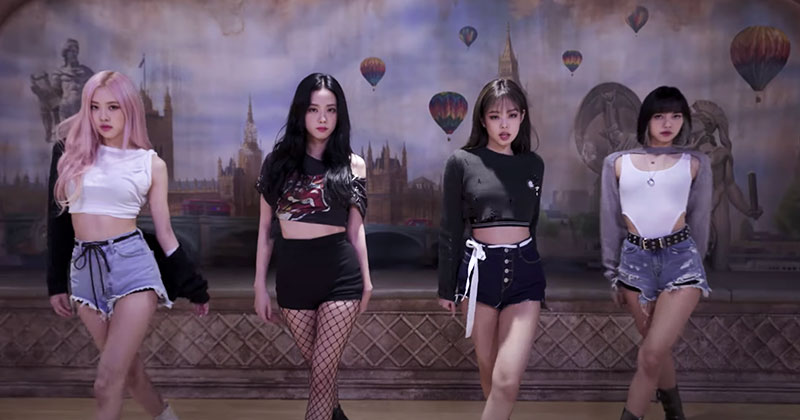 After the title track for "THE ALBUM" - Lovesick Girls was out, Blinks from all over the world have high expectations f...

After the title track for "THE ALBUM" - Lovesick Girls was out, Blinks from all over the world have high expectations for the dance practice video to drop because this song has a different sound compared to their previous songs.

Therefore right after YG released the clip, fans have been searched for this in curiosity. Up to now, the dance practice has reached more than 8.2 million views on Youtube.

It can be seen that BLACKPINK is divided into two part: the maknae line with Rosé and Lisa in white top and jeans shorts and the sister line with Jisoo and Jennie donning black shirt and black shorts.

The video started with 4 girls standing chilly by the wall. What attracts fans from the first second is that BLACKPINK has officially left the dark gym that the group has been with for many years, since their comeback How You Like That. They finally record the clip in the new dance room. Many people also guessed this was a practice room located in the new building of YG.

"Lovesick Girls" does not have a strong and sharp choreography like How You Like That, but the difficulty is no less, requiring the whole group to coordinate well because of the layout and movement of the lineup much more than previous dances.

All 4 members danced well, pleasing viewers with a series of smooth, rhythmic movements, but also extremely decisive. Not to mention that YG has also invested in recording, providing diverse angles for fans to freely watch the beauty of BLACKPINK and observe the panoramic choreography.

It can be said that this is the dance practice version that makes the fans the most satisfied ever by BLACKPINK.

Everyone is good at dancing, but Jisoo is the one who gets complimented the most. Fans believe that the dance skills of the oldest sister BLACKPINK are getting more and more perfect, so the group's lineup is even more even. This shows that Jisoo practiced a lot to get rid of the "visual" image and catch up with the members.

Check the video below!