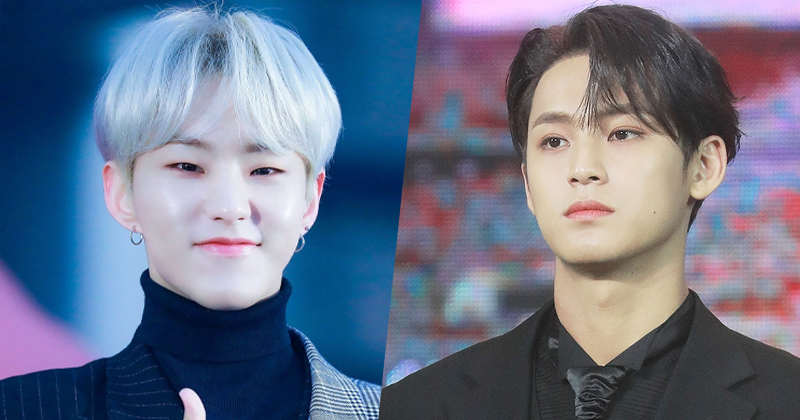 Hoshi And Mingyu, members of boy group SEVENTEEN, will be joining an episode of SBS' variety show 'Running Man' as gues...

Hoshi And Mingyu, members of boy group SEVENTEEN, will be joining an episode of SBS' variety show 'Running Man' as guest stars.

According to a report by SportvNews, SEVENTEEN Mingyu and Hoshi have came to the recording of 'Running Man' on November 2. The two, who were spotted somewhere in Seoul, were filmed in a friendly manner with the cast members of 'Running Man'.

SEVENTEEN members are regular guests on 'Running Man', and this will be the first time in about six months that they visit the show again. Mingyu, in particular, showed off his entertainment skills in 'Running Man' in May with his witty talk and pleasant chemistry with the members.

Mingyu, who captivated viewers with his various talents at that time, won the team's first prize in the final mission and performed as a "visual entertainment idol". Attentions are focusing on whether the star will shock fans with his sense of entertainment again.

On the other hand, Hoshi will be appearing on 'Running Man' for the first time in about five years. In the episode aired in November 2015, Hoshi drew laughter with a deep hug, saying he was from Namyangju, Gyeonggi Province, like Lee Kwang Soo, and viewers are excited to see how the "Namyangju brothers" Lee Kwang Soo and Hoshi will work together after five years.

SEVENTEEN recently successfully completed promotions for their special album 'Semicolon', which was released on April 19. In the first week of its release alone, it sold 930,000 albums, and topped various charts in South Korea and abroad, revealing their global status.

The air date of the 'Running Man' broadcast starring Mingyu and Hoshi is currently undecided.