Early this month, several K-pop albums were featured on Rolling Stone’s list of “The 100 Best Albums of 2022.” On December 5 local time, many more K-pop stars were highlighted as the American magazine’s picks for this year’s best songs! The highest ranking Korean song was NewJeans’s hit track “Hype Boy” from their self-titled debut EP, which came in at No. 24. Kristine Kwak wrote, “With its addictive choreography and catchy chorus – ‘Cause I know what you like, boy/You’re my chemical, hype boy’ – this was a standout from NewJeans’ hit-filled first EP. ‘Hype Boy’ lets each member’s voice really shine through, and Hanni notably contributed to the cute lyrics that encapsulate young love (‘got me chasing a daydream’). NewJeans’ peers and seniors in the K-pop industry, like Stray Kids, STAYC, TWICE, and even JYP [Park Jin Young] are still covering the ‘Hype Boy’ dance at events and concerts. RM of BTS was also recently captured singing and dancing along to a recent performance. It’s the kind of phenomenon that makes it clear NewJeans have hit on something special.” 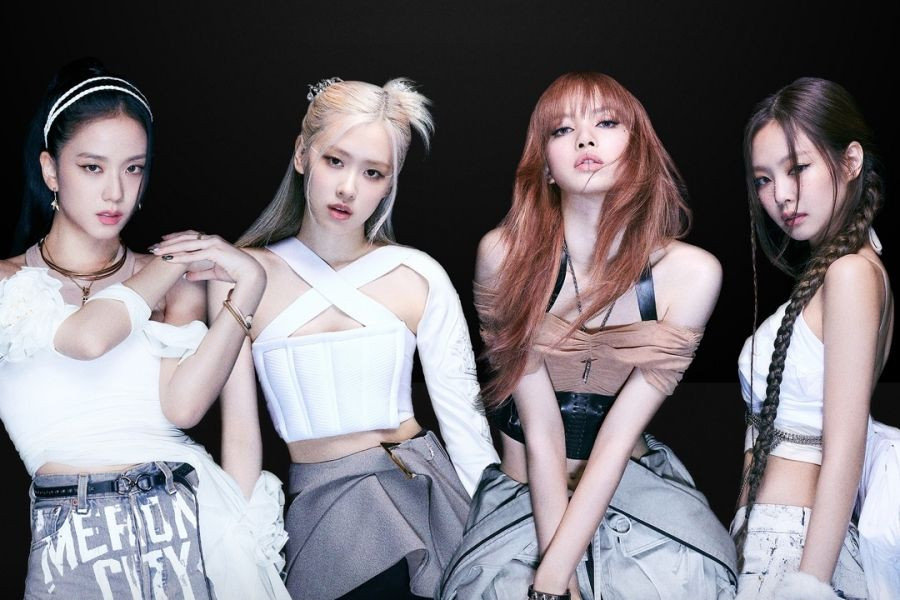 In No. 35 was BLACKPINK’s “BORN PINK” pre-release track “Pink Venom,” on which Rob Sheffield shared,” When Rosé yells, ‘I’m so rock & roll!,’ believe the woman. BLACKPINK kicks down the door in their summer hit ‘Pink Venom,’ an unbelievably fun raising-hell anthem full of 80s hair-metal glam. Even the song title sounds like the name of a tribute band playing Poison and Def Leppard covers at the sleaziest bar in town. The BLACKPINK queens warn you not to mess with them, because you can’t handle their ‘Pink Venom,’ boasting in Korean and English. It peaks as Rosé sneers, ‘Look what you made us do,’ proving that bad blood is a universal language.” 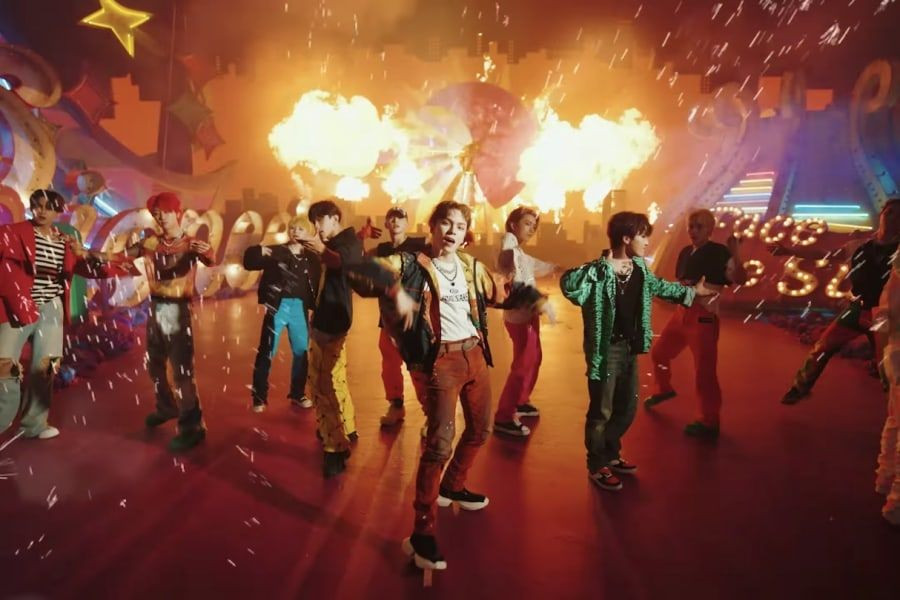 SEVENTEEN’s “HOT” took the No. 38 spot, with Kristine Kwak writing, “SEVENTEEN’s popularity grew exponentially this year following the release of their fourth studio album, ‘Face the Sun.’ The 13-member South Korean group known for self-producing, both in songwriting and choreographing, filled the album with hits like ‘CHEERS‘ and ‘Darling,’ but ‘HOT,’ the lead single, towers above them all. You can’t help but to ‘drop it like hot, hot, hot’ when you hear the Wild West-inspired guitar strum that kicks off the track.” 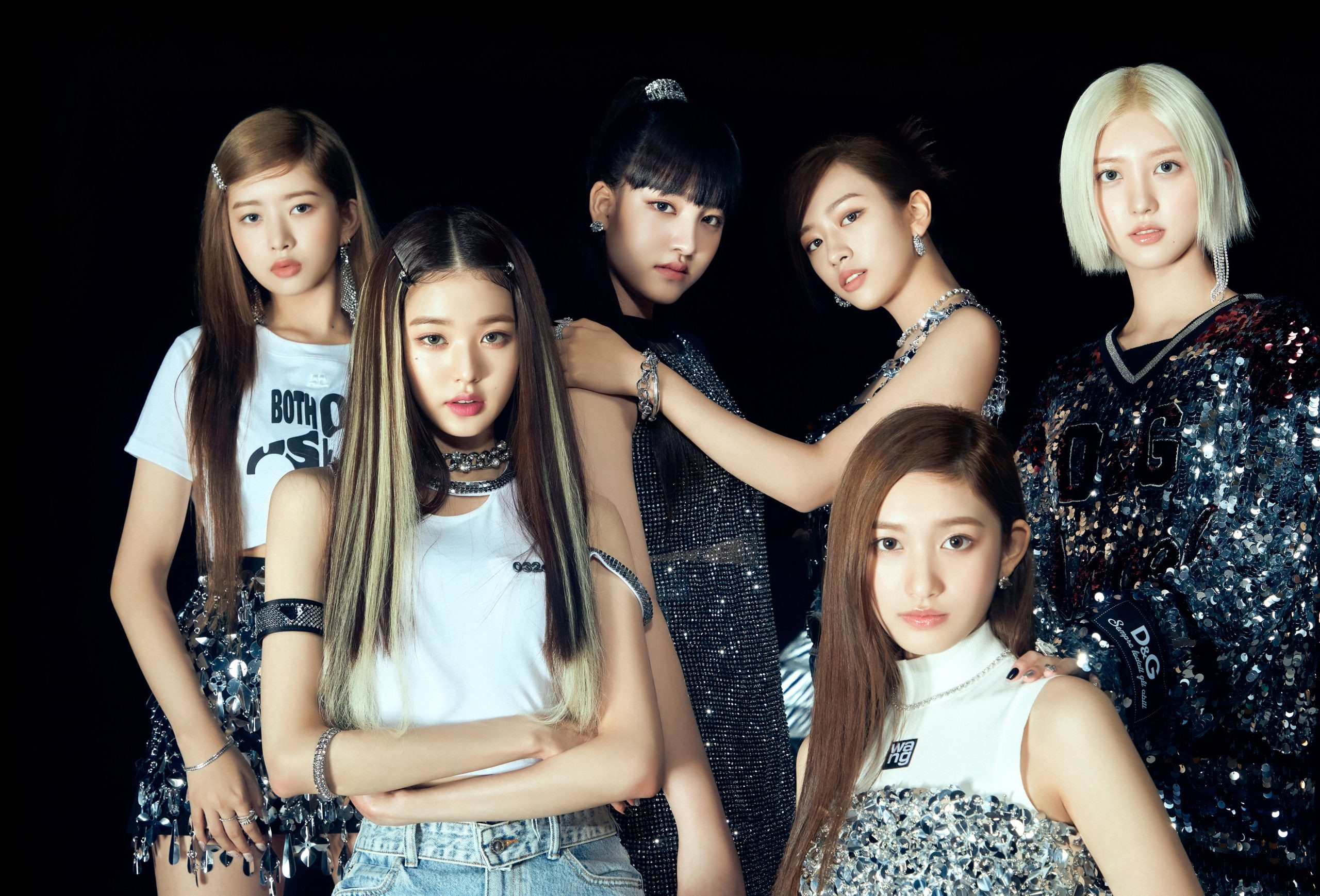 Landing in No. 53 was “After LIKE” by IVE. Kristine Kwak commented, “2022 was quite a year for girl groups in K-pop. IVE, although they officially debuted in December of 2021, had a first year full of hits, and choosing between ‘ELEVEN,’ ‘LOVE DIVE,’ and ‘After LIKE’ was a struggle. Three iconic bops stood before us; ‘After Like’ made it out on top. From its disco-pop beat, to the Gloria Gaynor sample, to the dance break, to the fireworks scene in the music video, ‘After Like’ gets better and better with each listen.” 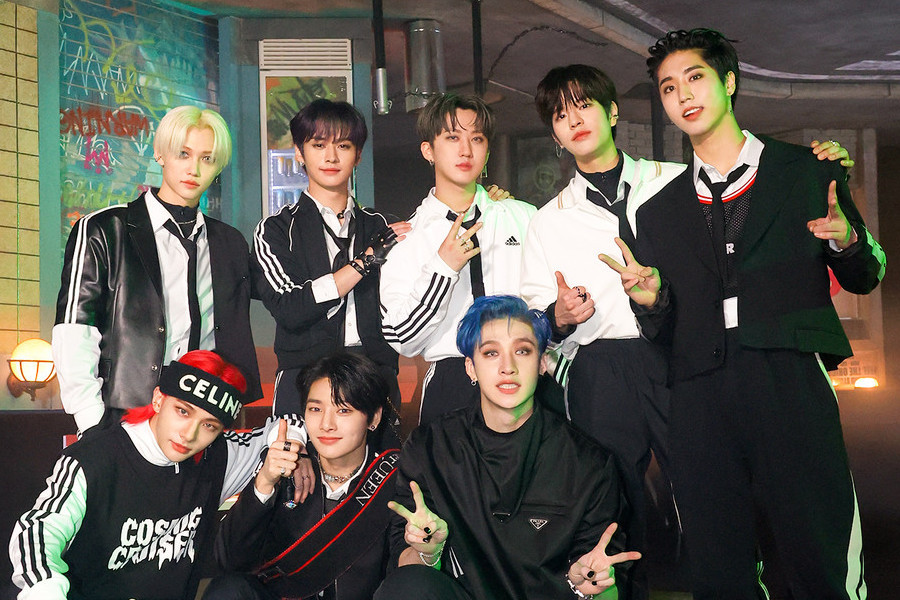 Trailing closely behind was Stray Kids’ “Maniac” in No. 56, with Kristine Kwak writing, “K-pop never gets old because groups are always experimenting with new sounds and genres, and Stray Kids’ ‘Maniac’ deserves recognition for the way it pushes that envelope. The group’s sixth EP, ‘ODDINARY,’ is all about ‘odd’ people breaking ‘ordinary’ social norms; this song’s harsh, twitchy electronic production makes that theme real. Felix’s repeated ‘Maniac’ in the chorus will have you ‘spinning, going crazy,’ as intended.” 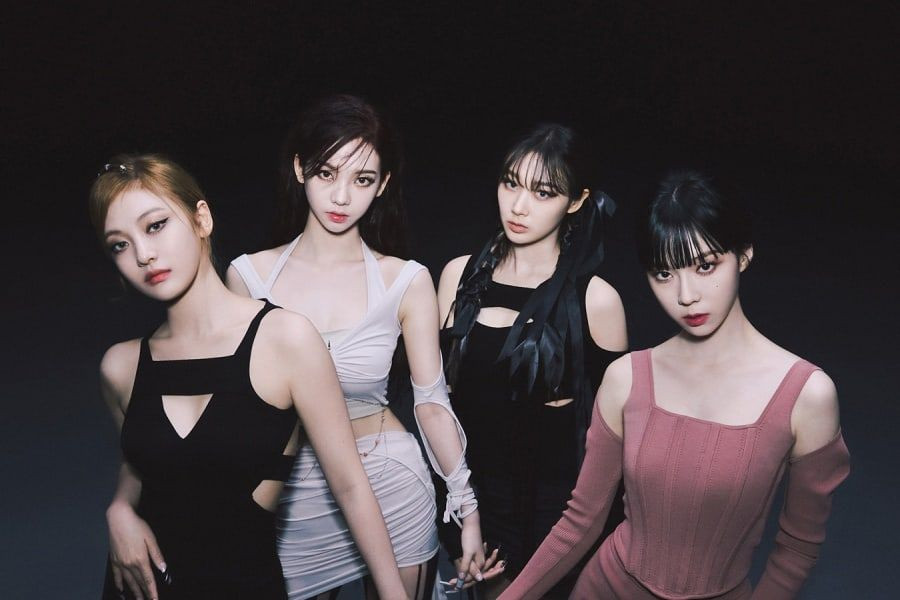 “Girls” by aespa came in at No. 65 and Kristine Kwak wrote that it “captured aespa’s signature sound with its strong bass and synth sound, blending hip-hop with touches of hyper-pop and EDM.” She added, “With a music video whose sets and costumes were more reminiscent of a high-budget blockbuster film, the Korean group unveiled more of their storytelling – this time, the girls and their digital avatars are continuing with their pursuit of defeating the evil Black Mamba. You don’t need to know that to enjoy a hit as catchy as this one, though. ‘Bow down’ to these girls.” 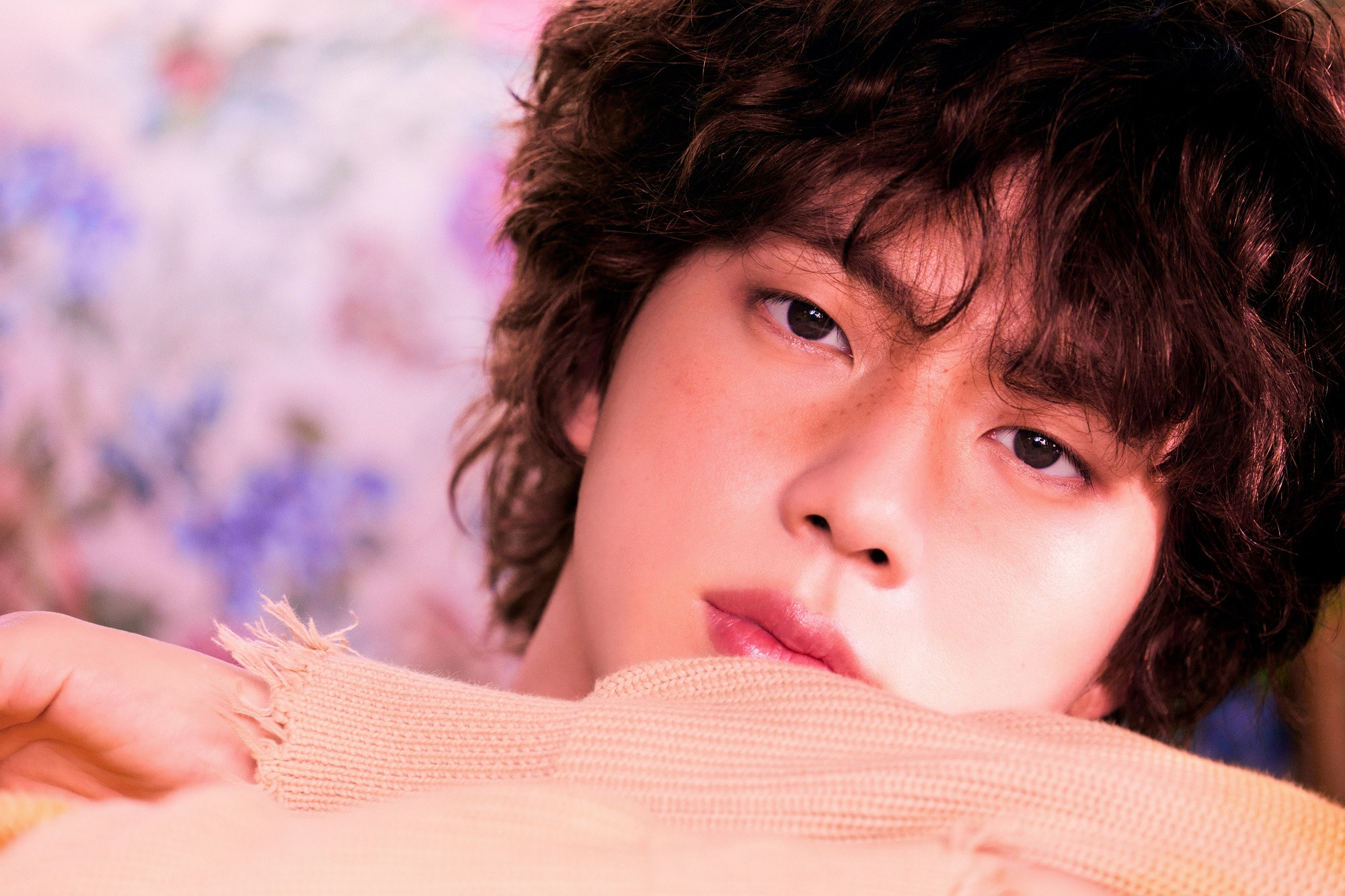 The first Korean soloist on this list is BTS’s Jin at No. 68 with “The Astronaut,” which is co-written by Coldplay and “was released as a message to fans ahead of Jin’s upcoming mandatory enlistment in South Korea’s military.” Kristine Kwak added, “The lyrics capture how BTS make their fans feel: ‘When I’m with you/There’s no one else/I get heaven to myself.’ Fans will surely be listening to Jin’s strong vocals and heartfelt message in ‘The Astronaut’ for years to come, especially while they miss Jin’s presence as he completes his service.” In No. 71 was “2 Baddies” by NCT 127, of which Michelle Hyun Kim wrote, “Cars are fixtures in the music of NCT 127, who use these sleek machines as symbols of futurism, masculinity, and technological progress befitting of their experimental electro-hip-hop production style. On their latest hit, ‘2 Baddies,’ the Porsche is their muse, as the nine-member group brag about their success over rubbery bass lines and twinkling metallic percussion. Between fluid raps about ‘cutting the line’ and charismatic outbursts – ‘Now you wanna ride these wheels?’ leader Taeyong growls – the group reveals their determination to keep racing toward their goals on an ‘open road covered in white.’ As Haechan and Doyoung sing in the climatic bridge: Their next destination is the moon, then infinity and beyond.” 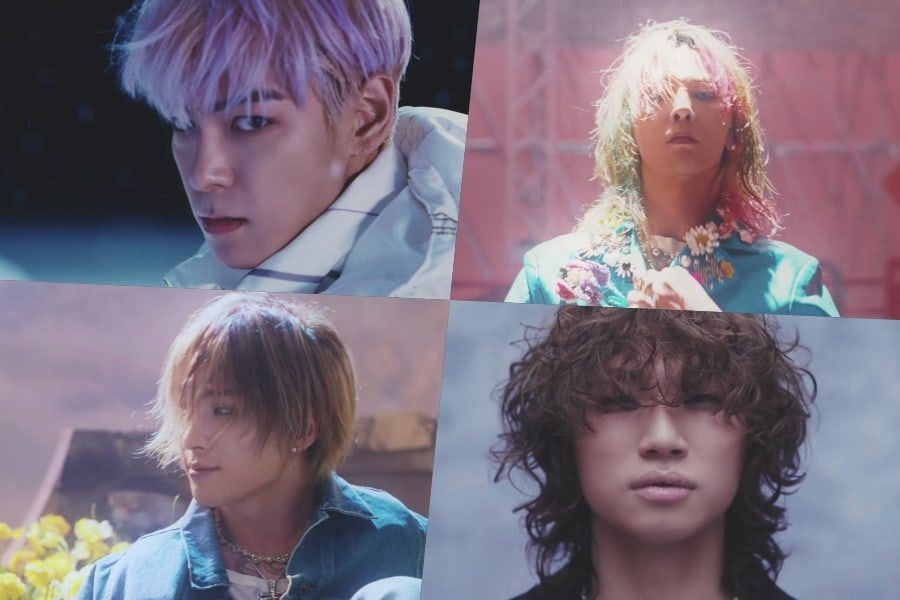 BIGBANG’s hit song “Still Life” made the list at No. 73 and Kristine Kwak shared, “After four long years, BIGBANG finally returned to grace us with this soft-rock hit. It’s not a party song like some of BIGBANG’s classic fan favorites – it actually couldn’t be further from that in terms of sound. But ‘Still Life’ has most of the other elements that make up a great BIGBANG song, from G-Dragon’s lyricism and soft-spoken voice to T.O.P’s heavier raps and Taeyang and Daesung’s vocals (which, while both strong, are easily differentiated). In the group’s first song as a foursome, the members reflect on their careers, which started in the 2000s, before K-pop became the global force it is today. Although BIGBANG sing ‘Goodbye now to my beloved young days,’ we’re surely nowhere near ready to bid them farewell.” 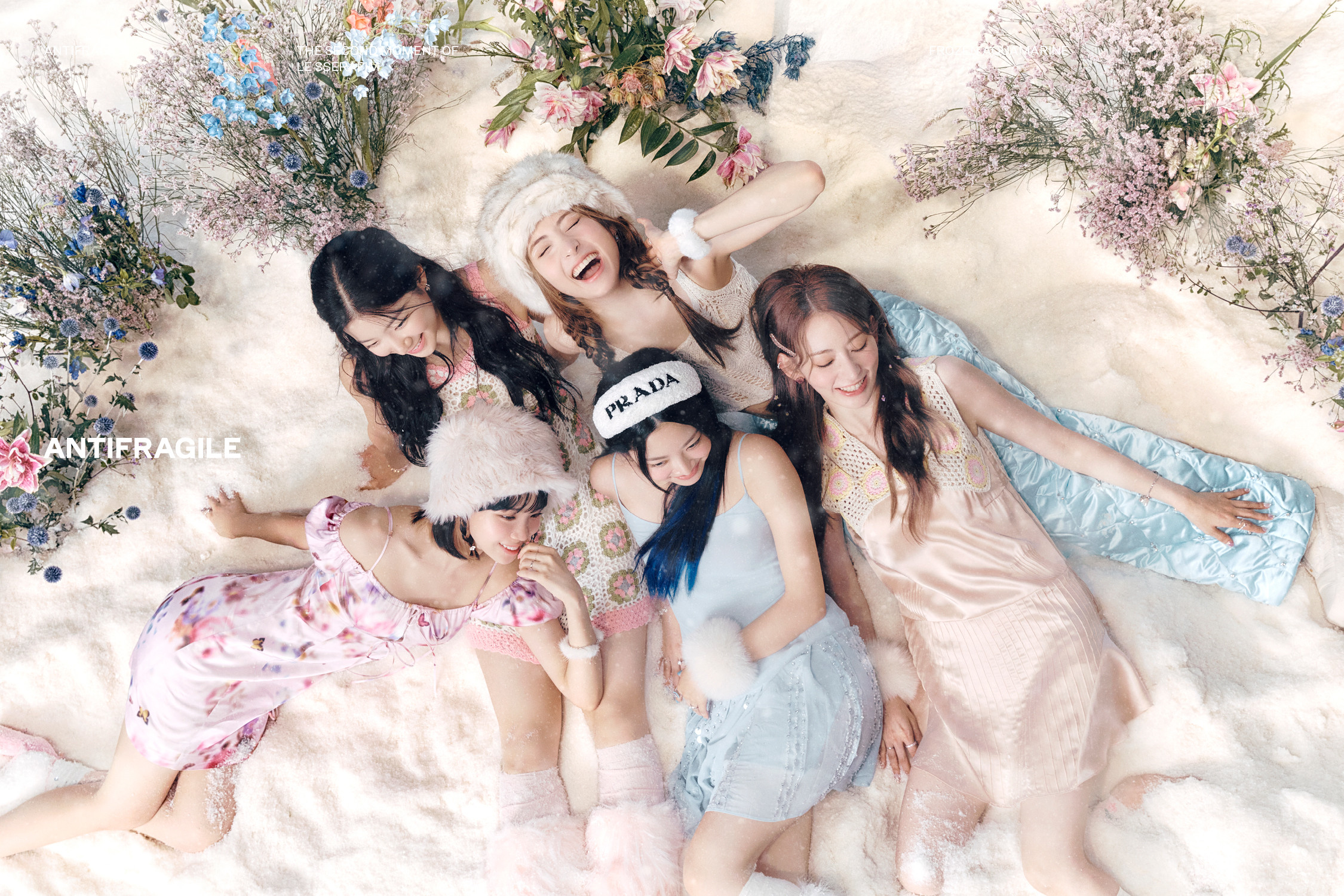 Ranked in No. 75 was “ANTIFRAGILE” by LE SSERAFIM, who “really upped the ante with this wildly catchy single.” Kristine Kwak wrote, “‘Anti-ti-ti-ti-fragile, fragile’ is the refrain that’s been ringing in our ears all year (especially after the deepfaked-yet-iconic Drake version made the rounds on TikTok). ‘I really liked it as soon as I heard it,’ member Huh Yunjin told Rolling Stone earlier this year. Same.” The next K-pop soloist on the list was TWICE’s Nayeon, who came in at No. 86 with her debut solo song “POP!” Kristine Kwak commented, “The pressure was on for Nayeon’s solo debut as she became the first TWICE member to go solo after seven years as a nine-piece act – but the group’s oldest member exceeded expectations and served vocals, rap, outfits, and choreo with ‘POP!’ With all the makings of a pop hit, Nayeon leaned into TWICE’s classic bubblegum sound and made it her own. ‘You’re under my control,’ she sings, summing up the chokehold she and TWICE have on candy pop.” 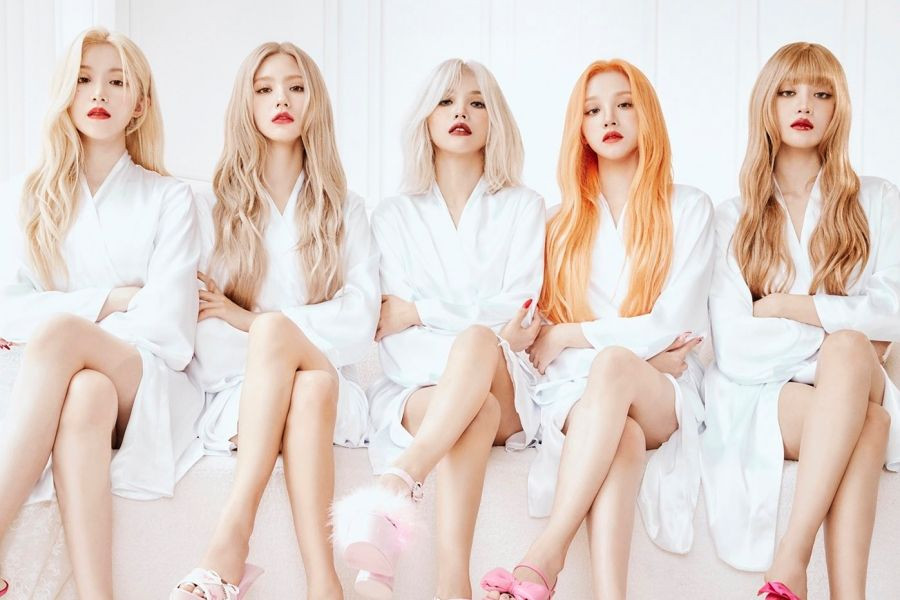 “Nxde” by (G)I-DLE took the No. 88 spot with Kristine Kwak writing that their “music seems to gain new layers of depth and meaning with each release.” She continued, ‘Just when we thought’TOMBOY’ couldn’t be topped, (G)I-DLE dropped this groundbreaking track, based on the powerful lyrics and arrangement of the group’s leader, Soyeon. You might expect a song called ‘Nxde’ (pronounced ‘nude’) to be a sexy, sultry one, but they redefine the word to emphasize the idea of being one’s truest, barest self. With a melody taken from the 1875 opera ‘Carmen’ and references to Marilyn Monroe in the lyrics and the video, ‘Nxde’ addresses the objectification of women in a way that’s rare for a K-pop girl group.” The final K-pop entry on this year’s list is “That That” by PSY featuring BTS’ Suga at No. 93. Michelle Hyun Kim wrote, “On ‘That That,’ the lead single of the first album released under his own label, PSY fuses the renegade spirit of a cowboy with his classic showman chops. Fueled by a Mexican horn riff that chugs exuberantly on a dance beat produced by BTS’ Suga, the track is an endless celebration of liking whatever the hell you want. As a foil to PSY’s good vibes, the BTS producer-rapper offers a fiery tongue-twister verse that encourages ‘lightly slapping’ your haters and ends with a cheeky reference to 90s K-pop. Paired with winning choreography – featuring both shoot-out gestures and the ‘shoot’ dance – the song took its place as the latest in PSY’s string of global hits.”

Congratulations to all the artists!