Check Out The Kpop Girl Groups Popularity Ranking in April 2021 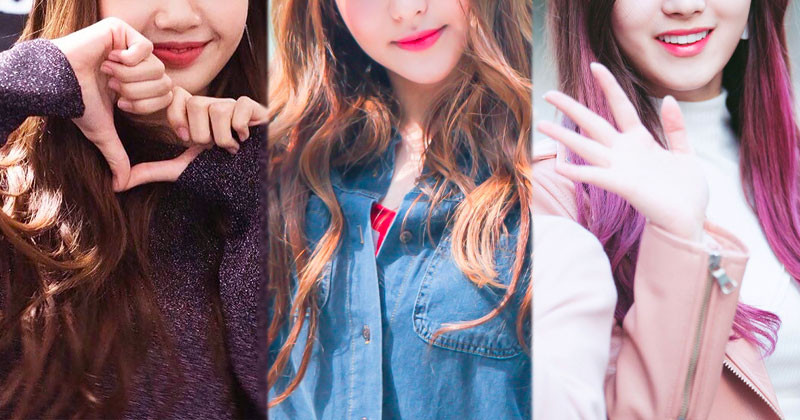 Every month, Korea’s Corporate Reputation Research Institute releases the brand reputation rankings for both the most popular K-pop girl groups and boy groups. And the statistics for April are updated.

You all will be surprised to know that Blackpink is no longer in the very first position. Yes, the globally famous girl group has been defeated by Brave Girls. As the new queens, Brave Girls wear their crowns while sitting on the throne. Many other girl groups joined the list of top-five, and many have left their original positions. Also, as for the analysis, there are 38,956,768 brand data for the K-pop girl group. The data was collected in March. Moreover, if we compare it with the data collected for the March Rankings, it has increased by 26.33%.

Every month the statists change based on the group’s activities, releases, and the sales they made. Moreover, the same is done for the Boy groups. Last month Blackpink was on number 1, followed by Brave Girls, Iz*One, G-Idle, and Mamamoo. However, like always, the positions have changed, and this time we have the new queens.

So let’s go ahead and get to know who tops the first 15 spots on the list.

On the top, we have Brave Girls. The South Korean girl group was formed in 2011 by Brave Brothers, and the group is now managed under Brave Entertainment. The group made their debut in 2011 with an album, and ever since, they have released four mini albums. Brave Girls consist of 10 members – Yujeong, Yuna, Eunji, Hayun, Minyoung, SeoA, HyeRan, YeJin, Eun Young, YooJin. And just like their song, “Rollin,” they are enjoying success on the first spot. Their Media index at the moment is 1,254,128 and their Brand reputation index is 5,363,544.

Launched by YG Entertainment in 2016, BLACKPINK is a four-member group consisting of Jisoo, Jennie Rose, and Lisa. After making their debut with the album “Square One,” the girls have not stopped since. The group has multiple hits ruling, both in South Korea and internationally. Blackpink is considered as one of the “Biggest girl groups” in the world at present. They stand second on the list with a media index of 1,432,958, and their brand reputation index is 4,582,891.

At number 3, we have WJSN or Cosmic Girls- it is a South Korean Chinese girl group found by Starship Entertainment and Yuehua entertainment. Cosmic girls made their debut in February 2016 with Extended Play, “Would You Like?” with 12 members. However, in July 2016, Cosmic Girls added the 13th member. And now there are currently 13 participants in the group. By 2021 Cosmic Girls has released nine mini albums. Their latest, “Natural” has a title track of the same name. The 13 members are divided into two subunits. The second subunit, WJSN The Black, is making its debut in May. Their media index is 877266 And the brand reputation is 2,842,835.

Oh My Girl is a South Korean girl group formed by WM entertainment. They made their debut in 2015, and after releasing a couple of albums, the girls have been releasing hit music “Nonstop.” The group consists of seven members. However, originally, it was an eight-piece group. Oh My Girl has four studio albums, 8 EPs, and multiple singles. With their popularity rising every day, the girl group has managed to secure the fourth position on the list. Their media index is 349,530, and the brand reputation index is 2,079,474.

The nine-member group TWICE is a South Korean girl group formed by JYP entertainment. They made their debut in 2015 with the Extended Play, “The Story Begins.” After the release of the songs “TT” and “Cheer Up,” TWICE has earned several accolades and positions on the Korean music charts, including number one position on Gaon charts for several consecutive weeks. They have been considered as one of the biggest girl groups, even though they debuted only six years ago. The girls are currently busy with the promotion of their upcoming Japanese single, “Kura Kura.” They also appeared on the Kelly Clarkson show to perform their single, “Cry for me.” The media index for Twice is 681,642, and their brand reputation index is 2,029,597.

Iz*One Appears on number six. It was a South Korean-Japanese girl group formed through the Mnet reality competition show, Produce 48. The group had 12 members and was managed by Off The Record and Swing Entertainment. Iz*One Made the debut in 2018 with the extended play, Colour*Iz. The girls made their Japanese debut in 2019 with the single, “Suki to Iwasetai.” The song peaked at number two on the Oricon Singles Chart and also earned the group certified platinum by the Recording Industry Association of Japan (RIAJ). The group has given some of the biggest singles and hits. However, their journey has ended on April 29, 2021. Iz*One officially disbanded after the end of their contract in 2019.
They still manage to be on the list. Their media index is 566,680, and their brand reputation is 1,963,079.

Found by RBW, Mamamoo made their debut in 2014 with the single “Mr. Ambiguous.” Their debut is considered as one of the best Kpop debuts of 2014. The South Korean girl group consists of four members. Mamamoo is widely famous for its retro, jazz, and R&B concepts. Also, their stage presence is very popular in the nation. Moreover, they were earlier criticized for not following several norms. But with their music, they have established a huge fandom, and today they are in the top 10. The group was in the fifth position last month. Their media index is 402,947, and the brand reputation index is 1,807,910.

The SM Entertainment formation, Red Velvet, is another South Korean girl group that has the most fans in the nation. They are also widely popular internationally. Red Velvet made its debut with the digital single “Happiness” with a four-member lineup. Next year, in 2015, the fifth member joined the group and together they released, “Ice Cream Cake.” Red Velvet produces music in different genres like electronic, funk, hip-hop, ballad, jazz, and R&B. Moreover, their singles like “Russian Roulette,” “Rookie,” “Bad Boy,” “Psycho,” and “Dumb Dumb” have been on the top five of South Korea’s Gaon Music chart.

Red Velvet is also named as Korea’s power celebrity by Forbes (#11 and #5). And they have been named as the most popular K-pop group by Time and Billboard. So, it is obvious to find their name in the list. Red Velvet’s media index is 425,010, and its brand reputation index is 1,703,441.

Founded by Source Music in 2015, GFriend is a six-member South Korean girl group. It made its debut with EP, “Season of Glass” in 2015. Their first EP was a huge success and won several rookie awards. Despite being from a small company, GFriend has proved themselves many times. They were also the first-ever girl group to be interviewed for the Grammy mini masterclass, which is organized by US Grammy’s Museum Experience Potential Centres. In July 2020, the group released their ninth extended play, “Song of the Sirens” and four months later, they released their fourth Korean studio album, “Walpurgis Night.” Their media index is 721,124, while their brand reputation index is 1,602,431.

After 10 years of launching Apink, Play M Entertainment announced their second girl group, Weeekly. Weeekly consists of seven members. They made their debut in 2020. Even though the group has made their debut not long ago, they are widely famous in South Korea. They debuted in June 2020 with their EP, “We Are.” Being a rookie group, the girls still managed to sell over 10,000 copies within the first day of their lead single from the EP. Also, the group’s 2nd EP, “We Can” and was released in October. Furthermore, in 2021, Weeekly released their third EP, “We Play,” which features the title track, “After School.” Their media index is 200,624, and the brand reputation is 1,003,697.

Besides the top ten, let’s have a look at the other 5 girl groups, who are right behind them with a little bit of difference in the numbers.

This is for April, but the study takes place every month. And we will make sure to update the Kpop fanatic with the new chart soon. So, stay tuned, and for more updates keep reading.