BTS, who's currently in New York with President Moon Jae-in, addressed their speech to the youth and future generations during the UN's SDG Moment on September 20.

BTS made a special speech at the SDG Moment opening ceremony, held at the UN General Assembly, having been appointed by President Moon Jae-in last July as "Special Presidential Envoy for Future Generations and Culture."

All the seven BTS members had the chance to deliver their part in the speech, unlike in 2018 when only RM was the only one who talked.

RM started the speech by saying, "We came to tell the story of the future generation today. Before coming here, we asked teenagers and 20-somethings around the world what the past two years were like and what kind of world they are living in now."

Next to deliver his line was Jungkook, saying he was also saddened by the news that important ceremonies were cancelled. He addressed the listeners to have missed out on the moments that they wanted to commemorate in their lives. 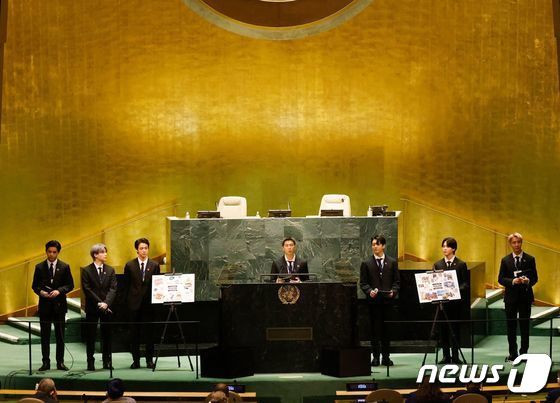 Jimin, on the other hand, introduced the results of the #youthtoday campaign, where BTS sends photos of precious moments through its official SNS, he then commented that there were a lot of people who sent images of being with nature. It made him feel and care for nature even more.

J-Hope added he didn't even want to think about being sad for the Earth, then RM shared what he learned while preparing to attend the assembly is that a lot of students who are interested in environmental issues choose to study it as their major.

He then went looking for answers as to what kind of way would be right for him to live.

RM added, "I heard that people in their teens and twenties are sometimes called 'corona lost generation."

Jimin shared a new set of photos of students who were continuing their studies and are still engaging in sports through the campaign. He said that a lot of people still meet with friends in a new way in the virtual space, start learning something new, and make efforts to have a healthier life.

He added, "Rather than getting lost, they seem to be taking up new courage and challenging themselves."

BTS to Serve as Bridge for the Present and Future Generations

J-Hope declared that when they heard the news that they were coming to the United Nations, many people have wondered if they got vaccinated, he clarified that all of them have completed their vaccines before going there.

BTS also announced that they will be serving as a bridge between the future generations and present generations in order to achieve the Sustainable Development Goals. 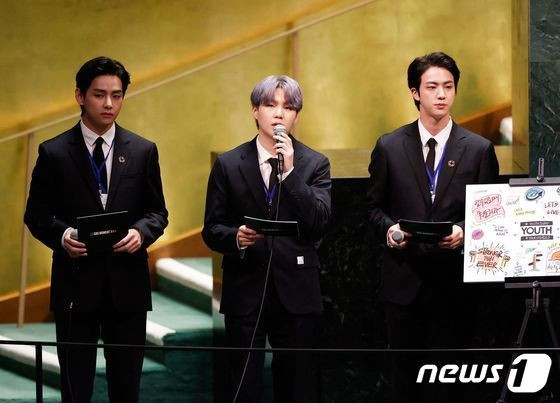 About the message he wanted to convey to the ARMYs, J-Hope said that he heard different answers while preparing their speech. However, most of them responded that they live positively without losing their dreams and passion.

He repeated that the generation is not called the Lost Generation, but instead, it is the Welcome Generation.

ARMYs all over the world supported the Bangtan boys with their speech and Permission to Dance performance during the 76th UN General Assembly. They expressed their love and support through Twitter congratulating the septet.

This is the third time that BTS delivered a speech during the UN General Assembly. In 2018, at the 73rd UN General Assembly, BTS participated in the youth agenda "Generation Unlimited" presentation event and they delivered the message, "Let's love ourselves and have a voice." 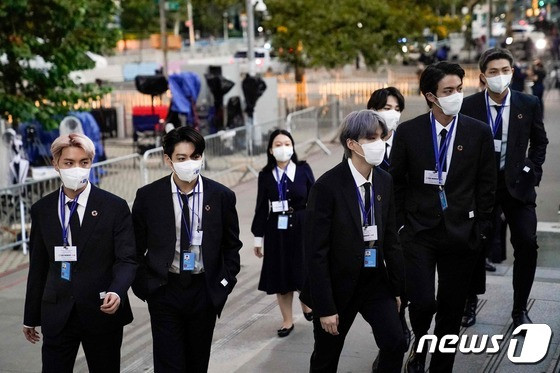 Last year, the boy group was a special speaker at the 75th UN General Assembly High-level Meeting of the UN Health and Security Friendship Group which was held virtually, they addressed the future generations who are having a difficult time with COVID-19, they said, "Life will continue. Let's live Together, Let's live on."

Even though they already delivered their speech, some activities regarding the UN General Assembly are still in store for the boys.