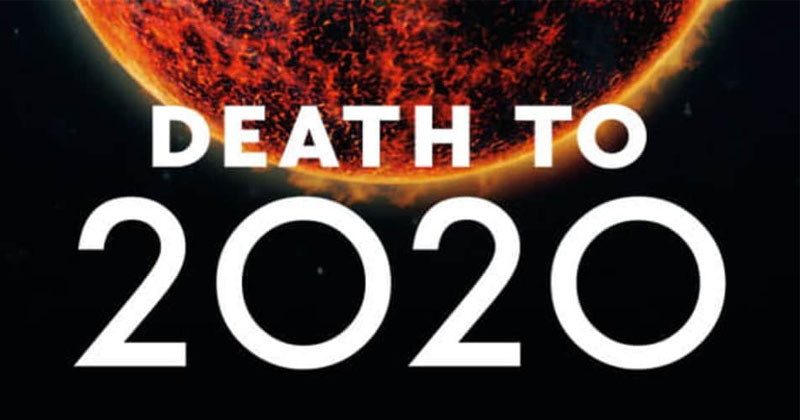 Death to 2020 sends farewell to the year 2020 in a very interesting humorous way.

While the press sites, the media, and even individuals racing to summarize 2020 with a struggling and miserable perspective, Netflix launched Death to 2020 with an opposing perspective with satirical laughter. pointed to "stupid humanity". The work is a unique way to wrap up the last year of "shocking, noisy, humiliating, insulting, catastrophic and divided", for us to watch, laugh, then ponder, and learn more lessons. study for the future.

1. The sarcastic laughter about the "stupid mankind" that specializes in the destruction of the past year

Death to 2020 is developed under the genre of fake documentaries with actors invited to play a typical character representing a class and group of people in society. But if you thought the keyword "documentary" would bring a boring hour, then you would be wrong, because Death to 2020 deserves the title "comedy of the year 2020". The film has summarized the year full of sad events, sad past with sarcasm, sarcasm for stupid humans.

Or specifically for the characters in the movie, it is: a history professor who assumes everything he says is true, a politician (inspired by Kayleigh Mcenany) lacks knowledge and turns back to the hand, a selfish technology billionaire, a scientist with unscientific judgments about Covid-19, the not-so-gentle version of the British Queen as you often see on television and many children others represent the blind, snobbish, racist class of "commoners". Just like that, the big events that happened in the world, especially in the US during 2020, were reported naked, even satirical by Death to 2020. We see the natural disasters, the global phenomenon Greta Thunberg, but from the perspective of a billionaire, because he feared the destruction of the Earth, he decided to cut a mountain to make a soundproof shelter. We see the presidential race as a funny conversation between two old people, pervert. We also see Covid-19 with a lack of understanding and ludicrous subjectivity from the British and American authorities to their own people. And of course there is racism from the perspective of both selfish whites, superficial hypocrites, and aggressive blacks.

And there are many other events that are mentioned in the movie, enough to let you see a turbulent 2020 year and sometimes laugh at the foolishness of humanity (or for movies, that stupidity is reserved. mostly for Americans). If in the past few days, you have been betrayed by the 2020 summary articles and clips that are full of mourning and mourning for human misfortune 365 days ago, then Death to 2020 will be a slap. straight to your face with sudden smiles. Because the movie will show us the harsh truth that natural disasters, epidemics, deaths, divisions, after all are the result of the actions of stupid, selfish humans.

2. The main cast - the excellent "drivers" of the comedy tragedy about 2020

It can be said that Death to 2020 would be catastrophic if it did not own a cast with a natural acting style, so sure that sometimes we forget the character appearing on the screen is fictional. Samuel L. Jackson does his job well as the main lead of the story as a witty, witty, and a bit arrogant journalist. Cristin Milioti is obsessed with the image of an almighty blonde mother with wide eyes and a fake smile, famous on social networking sites for her extreme racism. Diane Morgan transformed into a monstrous normal person, completely separated from society and developed more personalities to alleviate her loneliness during the Covid-19 season. The rest of the actors, they still do their part well, so that the outrageous acting often seen in comedies becomes easier to absorb. And in particular, turning the characters into "strange acquaintances", so that the audience can still see their silhouette somewhere among those monstrous individuals.

3. A film that arouses a lot of controversy about its content quality and human values

With a new and risky exploit, Death to 2020 aroused many conflicting opinions. In particular, to critics, Death to 2020 is seen with unfriendly eyes. The score of the movie on imdb is only 6.9. Meanwhile, on Rotten Tomatoes, experts only rated the film at 37% while this number doubled in the audience. IndieWire also only gave the film D + score, Film Inquiry gave more praise for this work. The above polarization results are not too surprising as Death to 2020 has addressed so many sensitive issues in the least sensitive way possible. And no one who has spent those long days isolated by Covid-19 wants himself to be teased; no one wanted the two people they had been fighting for for months to win the US presidency to be blamed like two perverted, sick guys; and no one wants the Queen of England to appear so harsh, harsh and bad. Not only that, 2020 and its repercussions have not completely ended for people to accept countless laughs pointing to the past so close. Therefore, the two main causes of criticism are "too early" and "too false". Death to 2020 is now available on Netflix.