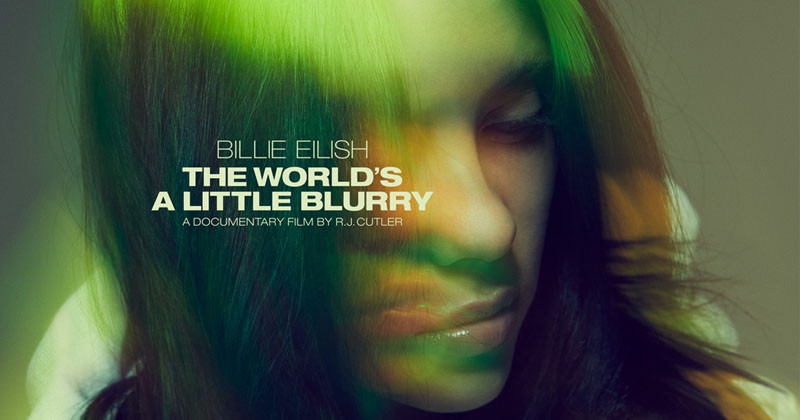 The talented young singer Billie Eilish officially announced the release date of the documentary film 'The World's A Little Blurry'.

The year 2020 marks a 'special' year for all of us, as things gradually put themselves in a new framework to adapt, the entertainment or the way of conveying a message also appears in new forms. . Documentaries have become fertile ground for artists to communicate with fans and reveal the hidden value behind the dazzling aura on the stage.

From BlackPink to 'Light Up The Sky' or Taylor Swift to 'Miss Americana', Shawn Mendes and 'In Wonder' ... Documentary films in general, always bring a series of strange emotions to viewers, as if being immersed. I enter a rudimentary story alongside the most 'real' characters possible.

Billie Eilish is the next artist to release a documentary film revealing hidden corners that have never been revealed to the public. With the name 'The World's A Little Blurry', temporarily it can be understood in the sense that a world from Billie's point of view suddenly becomes blurred and uncertain, what is the reason why the young female artist decided to choose hidden images This example? Is it possible that humans have always been indeterminate individuals in the current flow of life and time? Because always get lost and your mind filled with confusion? The answer we have to wait until the 'The World's A Little Blurry' officially airs on January 26, 2021.

‘Billie Eilish: The World's A Little Blurry 'is based on a true story inspired by Billie Eilish's 17-year-old global star path. Moved by the hand of a talented director R.J. Cutler, this documentary offers the audience an aspect of digging deep into the life of an ordinary teenager and how difficult it will be to grow up. For young people, this promises to be a work of art that makes you find yourself in a certain moment by empathy. As for the mature audience, the grief will probably be a normal feeling when looking back at a part of life that everyone has gone through.

At Billie Eilish, growing up with family and friends like teenagers now comes with an artistic creative journey and a path to climbing to the present position in the hearts of fans. Especially with the release of her debut album ‘When We Fall Asleep, Where Do We Go? ' includes the song 'Bad Guy' - the products that helped Billie Eilish win 5 Grammy Awards of the year.

People often wonder and call Billie Eilish with a nickname full of love and no aversion - ‘Melancholy Queen 'just because of her ghostly music and her addictive voice. For each artist, the song is always woven from their most intense emotional circuit, in Billie's music, sadness is always flickering, waiting and hidden in the lyrics.

Each of these documentaries can make fans understand more about what is behind that bright smile, the aura and long list of awards, rankings or flashiness that are often misunderstood and mentioned. high. A Billie Eilish ‘closer than ever 'is waiting for you - her fan and greatest creative drive come to discover in full detail through ‘The World's A Little Blurry'.