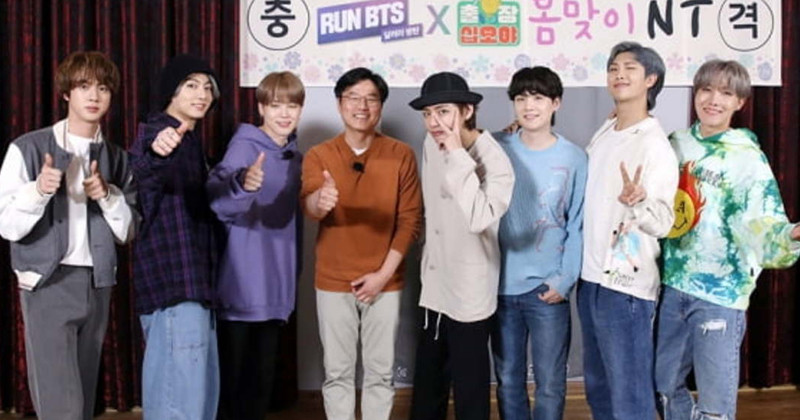 Producer Na Young Seok of tvN's 'The Game Caterers' will go on a business trip to BTS' own variety show 'Run BTS' and has a collaboration with the show.

'The Game Caterers' and 'Run BTS' announced their all-time collaboration content on April 21.

'Run BTS' is BTS's own entertainment variety content, which has been highly popular since its release in 2015. This will be the first time that 'Run BTS' has an official collaboration with other programs. The production team of 'The Game Caterers' and 'Run BTS' reported that they had been preparing collaboration content for a long time and finished filming together.

The main focus of this business trip is the synergy between producer Na Young Seok (Na PD) and BTS. The group is expected to generously release the sense of humor they have built up by challenging various games of 'The Game Caterers'. Na PD also raises expectations by saying that he will present a game that will not only show each member's character but also their chemistry.

The collaboration between 'Run BTS' and 'The Game Caterers' has 4 episodes and will be unveiled for the first time at 10:20 PM KST on May 4 through Naver V app and Weverse. Later on May 7, tvN and the YouTube channel 'The Game Caterers' will release the second episode and the series will air over the course of two weeks in a similar format.