Top 15 Idols Whose Stage Names Fit Them Like A Glove, According To Netizens 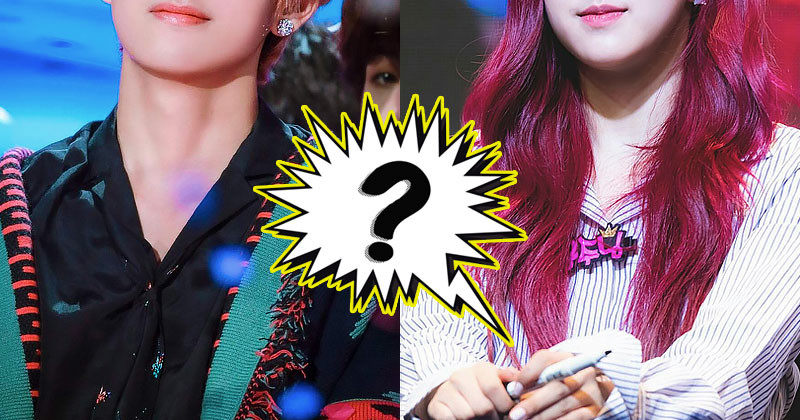 Their stage names are perfectly fit for stunning idols like them!

K-Pop idols often begin their careers with a new stage name that is completely different from their real name, and there are some idols whose stage names just seem to fit perfectly for them! Here are 10+ idols with stage names that fit them like a glove, according to fans!

Oh My Girl’s Arin has name fans believe is really suitable for her pretty, harmonious visuals and soft personality! Although her real name is Kim Yewon, for the idol on stage, everyone believes that Arin fits her ridiculously well!

ASTRO’s Cha Eunwoo is another idol who has the perfect stage name for him! His real name is Kim Dongmin, but fans believe the name “Cha Eunwoo” gives him a softer, more ethereal vibe, which suits perfectly with his ethereal visuals!

EXO’s Kai has become the main dancer of EXO for the last 8 years, all under the name of “Kai”! His real name is Kim Jongin, but the name “Kai” fits him so well that his own niece and nephew call him “Kaichun” replacing his real name “Jongin samchon[Korean for “uncle”]”!

Fans of BTS’s V often bring up how much they love his stage name! V once revealed that he used to have options for his stage name; V, Lex, and Six. After much consideration and discussion, he eventually decided to go with “V”, which stands for victory! His real name is Kim Taehyung, but fans agree that he just gives so much personality and vivacity to the name “V”, and he gains a lot of victories too!

NCT Haechan’s stage name was given to him by SM Entertainment founder Lee Soo Man himself! His real name is Lee Donghyuk, Haechan was given his current stage name around the time he was introduced as part of the SM Rookies team! “Haechan” means “Full Sun”, and is absolutely fit his fun and warm personality!

f(x)’s Luna is another idol that fans believe has a well-fitting stage name! Born Park Sunyoung, fans all agree that Luna is a much more fitting name for the radiant idol to shine onstage!

Red Velvet’s Joy was born Park Sooyoung, but fans believe that the name “Joy” is so perfect for her! Known for her gorgeous eye smile, she’s the only joy that fans need!

LOONA’s Yves is also another “Sooyoung” in K-Pop that has the most fitting stage name! Born Ha Sooyoung, her stage name has been noted for being super classy, and fans believe that the name is perfect for the image and vibes she exudes!

IU is an idol that fans believe has a pretty stage name! The stage name meanings are herself and her fans becoming one through music, and fans believe it is simple, crisp, and classy, just like IU!

NU’EST Baekho’s stage name was selected by former After School member UEE, and fans are so grateful for such a nice stage name! He was born Kang Dongho, but the name “Baekho” [meaning “White Tiger”] is a better fit for him, according to fans!

Girls’ Generation’s Tiffany Young has such a nice stage name, fans can’t imagine calling her anything else! Her birth name is Stephanie Hwang, but the name “Tiffany” is what fans truly see her as!

Aespa’s Winter just debuted last month, but fans agree that her name is perfect for her! Born Kim Minjeong, “Winter” is a unique stage name that sets her apart from the rest!

BLACKPINK’s Rosé has such a pretty stage name, fans immediately fell in love! Born Park Chaeyoung, she used the name Roseanne Park as she was growing up in Australia, and from that, the name “Rosé” was born!

MAMAMOO’s Hwasa has such a unique stage name that makes her instantly recognizable! Her birth name is Ahn Hyejin, but she elected to use the name “Hwasa”[meaning “shining brightly”] over her birth name because she felt it was too common a name in Korea!

NCT’s Doyoung is another NCT member whose stage name is a perfect fit! His birth name is Kim Dongyoung, and fans think the simplifying of the pronunciation to “Doyoung” makes the name absolutely perfect for him!