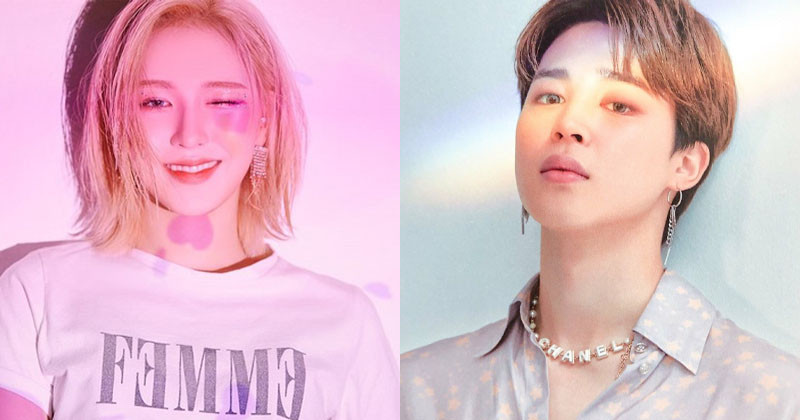 These four idols shocked fans with their extremely fast weight loss. Read more to see who they are and how can they lose their weight so quickly.

In Jimin's pre-debut vlogs, he often saw with his cute chubby cheeks. Even then, he continued to stress that he intends to lose weight. That he did - by BTS's debut in 2013, the idol had lost a considerable amount of weight. He even gained fame for his shirt lift in "No More Dream," which showed off his abs.

For the next comebacks, Jimin had noticeably started gaining weight. He received major backlash from people who started calling him ugly. It appeared that Jimin had seen the hate comments and started to lost weight. Fans were startled to see his sudden transformation for BTS's "Danger" era. He had gotten so skinny that his collarbones were more prominent.

He started looking more weak and strained, and his clothes started looking baggier when he performed. He started gaining weight during BTS's "Fire" and "Dope" era, but he quickly shed all that weight when BTS came out with "Spring Day." During this time, Jimin had revealed he was doing a "One meal in 10 days" diet. The diet shocked fans, and people begged him to take care of himself.

It appears Jimin has learned from his past actions. He has since maintained a healthy weight and no longer suffers from yo-yoing.

Wendy is an idol who is often mentioned when talking about yo-yoing. During her pre-debut days, Wendy had a thicker, curvier figure. She lost a drastic amount of weight for her debut and maintained that figure for "Ice Cream Cake". However, fans noticed the idol suddenly gained weight during Red Velvet's "Dumb Dumb" promotions. People slammed her for the weight gain.

A year later, Red Velvet came back with "Russian Roulette". Wendy went through a whole transformation and she looked completely different. She went from being the curviest member to the skinniest member, and many wondered how she was able to lose a sudden amount of weight so quickly. She lost even more weight for their "Red Flavor" promotions. She had gotten so thin that fans could see her ribs through her skin.

She started gaining hate for her weight loss, with people calling her body gross. She gained weight in Red Velvet's "Peek-a-Boo" era, but then people slammed her again for not taking care of her body. She finally reached a healthy body during their "Bad Boy" era.

However, she once again started losing weight during the group's "Cookie Jar" era. She continued losing weight and gaining weight, and fans hoped that Wendy would find a healthy diet and lifestyle that suits her.

During "Produce 48," Hitomi gained fame for her adorable fluffy cheeks. The Japanese idol also had a healthy amount of fat in her arms and thighs. Overall, she was still slim. However, the fats on her cheeks made her look chubbier than she is.

When she debuted with IZ*ONE, however, she started drastically losing weight. Fans first started noticing the sudden weight loss during the group's "Violeta" promotions. The fat in her cheeks noticeably lessened, and her arms had gotten thinner than before.

By "Secret of the Story," Hitomi's legs and arms started looking like sticks. Her cheeks visibly slimmed down, causing concern for the idol's health and wellbeing. Hitomi has not openly spoken about her diet or routines, so fans are unsure what she is doing to lost such a drastic amount of weight.

When Lia debuted, she already had a slim figure. The idol was as slim as most idols. Perhaps she had a little healthy weight in her thighs, but overall, it made her look healthy and powerful on stage. However, during her debut, Lia was slammed for being a "lazy" dancer, as she appeared not to execute the dance moves and other members.

She was flooded with hate comments, calling her lazy, talentless, and even more horrible insults. By the group's first comeback, Lia noticeably lost a startling amount of weight in her arms, thighs, and face. People also noticed that she appeared to be making more mistakes while dancing on stage, which they speculated was due to her low stamina from the weight loss.

Know any more idols who experienced a drastic weight loss? Leave your comments below!