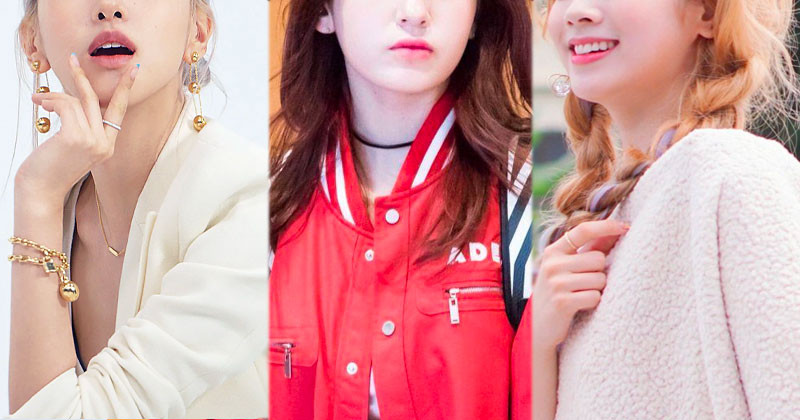 The third generation of K-pop, which is largely agreed to be from 2011 to 2018, is one of the most beloved eras of K-pop. TWICE has had seven songs top the MelOn Weekly Chart, making them the K-pop girl group with the most songs to do so.

The very first TWICE song to do so is their 2016 release, "Cheer Up," which is widely considered their breakthrough song.

On top of hitting number one on the MelOn Weekly Chart, the song also won the "Best Song Award (Song of the Year)" at the 8th MelOn Music Awards (MMAs) in 2016.

Their latest song to do so is their 2018 drop, "YES of YES." Aside from topping the MelOn Weekly Chart, the song also debuted at the top of the Gaon Digital Chart.

Twice rose to domestic fame in 2016 with their single "Cheer Up", which charted at number one on the Gaon Digital Chart, became the best-performing single of the year, and won "Song of the Year" at the Melon Music Awards and Mnet Asian Music Awards. Their next single, "TT", from their third EP Twicecoaster: Lane 1, topped the Gaon charts for four consecutive weeks. The EP was the highest-selling Korean girl group album of 2016. Within 19 months after their debut, Twice had already sold over 1.2 million units of their four EPs and special album. Following the release of their seventh EP, Fancy You, Twice had sold over 3.75 million albums in Korea in 2019. As of December 2020, the group has sold over 10 million albums in South Korea and Japan.

The group debuted in Japan on June 28, 2017 under Warner Music Japan, with the release of a compilation album titled #Twice. The album charted at number 2 on the Oricon Albums Chart with the highest first-week album sales by a K-pop artist in Japan in two years. It was followed by the release of Twice's first original Japanese maxi single titled "One More Time" in October. Twice became the first Korean girl group to earn a platinum certification from the Recording Industry Association of Japan (RIAJ) for both an album and CD single in the same year. Twice ranked third in the Top Artist category of Billboard Japan's 2017 Year-End Rankings, and in 2019, they became the first Korean girl group to embark on a Japanese dome tour.

Twice has been met with much international success, becoming the first female Korean act to simultaneously top both the Billboard World Albums and World Digital Song Sales chart with the release of their first studio album Twicetagram and its lead single "Likey" in 2017. With the release of their single "Feel Special" in 2019, Twice became the third female Korean act to chart into the Canadian Hot 100. After signing with Republic Records for American promotions as part of a partnership with JYP Entertainment, the group has charted into the Billboard 200 with More & More and Eyes Wide Open in 2020. They have been dubbed the next "Nation's Girl Group", and their point choreography—including for "Cheer Up" (2016), "TT" (2016) and "Signal" (2017)—became dance crazes and viral memes imitated by many celebrities.

Following after TWICE is BLACKPINK as the girl group with the second most song to hit number one on the MelOn Weekly Chart. Their first release to do so is one of their two debut songs, "WHISTLE."

On top of hitting number one on the said charts, "WHISTLE" debuted at the top of the Gaon Digital Chart and was the 32nd best-performing song of 2016.

Their latest song to do so is their Jun. 2020 release, "How You Like That." Not only did the track hit number one on the MelOn Weekly Chart, "How You Like That" also won "Best Dance (Female)" in the 2020 MelOn Music Awards (MMAs). It was also nominated for "Song of the Year."

Blackpink is the highest-charting female Korean act on the Billboard Hot 100, peaking at number 13 with "Ice Cream" (2020), and on the Billboard 200, peaking at number two with The Album (2020), the first-ever album by a Korean girl group to sell more than one million copies. They were the first Korean girl group to enter and top Billboard's Emerging Artists chart and to top the Billboard World Digital Song Sales chart three times. Blackpink was also the first female Korean act to receive a certification from the Recording Industry Association of America (RIAA) with their hit single "Ddu-Du Ddu-Du" (2018), whose music video is currently the most-viewed by a Korean group on YouTube. They have the most top 40 hits in the United Kingdom among all Korean artists, and their 2018 song "Kiss and Makeup", a collaboration with Dua Lipa, was the first by a Korean group to receive a certification from the British Phonographic Industry (BPI) and a platinum certification from the Australian Recording Industry Association (ARIA).

Blackpink has broken numerous online records throughout their career. Their music videos for "Kill This Love" (2019) and "How You Like That" (2020) each set records for the most-viewed music video within the first 24 hours of release, with the latter breaking three and setting two Guinness World Records. They are also the first music group and Korean act to have four music videos each accumulating one billion views on YouTube. Blackpink is currently the most-followed girl group on Spotify and the most-subscribed music group, female act, and Asian act on YouTube. Their other accolades include the New Artist of the Year Award at the 31st Golden Disc Awards and the 26th Seoul Music Awards, the Mnet Asian Music Award for Best Female Group in 2020, an MTV Music Video Award (first win by K-pop girl group), and recognition as the first female Korean group on Forbes' 30 Under 30 Asia. They have been recognized by Forbes Korea as one of the most powerful celebrities in South Korea, placing first in 2019, third in 2020, and second in 2021.

These are the 3rd Generation Girl Group Songs That Reached No. 1 on MelOn Weekly Chart

Did your favorite K-pop girl group song make the list? Tell us in the comments below!