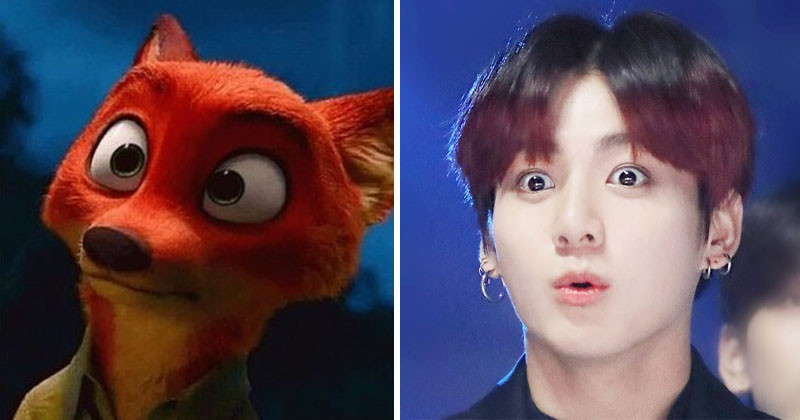 If animation companies such as Disney, Dream Works, or PIXAR ever needed some candidates to transform one of their highly popular movies into a real-life version, they might find it well to try considering these gorgeous idols from the K-Pop entertainment industry to become that character.

Seriously, it would be cute to see these two appear in a movie with the storyline of Zootopia. JungKook excited to start his job on the day of his first shift as a policeman and running into street-smart V, who outsmarts the law initially but later joins the force.

By the way, Disney announced something quite exciting for another Zootopia release on its way soon in the near future.

There's just too much similarity between TaeYong and Jack Frost. He'd be so suitable for this role.

The same goes for DaHyun's synchronization with Elsa-the queen of winter.

Rosé is a modern-day princess, so she'd have no problem if she plays the role of Little Mermaid.

Seriously, why hasn't SiWon been cast for this role yet?

HyunA would look amazing as a warrior in a movie.

JinYoung (GOT7) As Eric

The dreamy dark-haired Disney prince that everyone swoons over would be perfectly portrayed by JinYoung.

It's almost as if Tadashi was made based on Chen...

Another sublime candidate for the role of Eric is none other than BTS member Jimin.