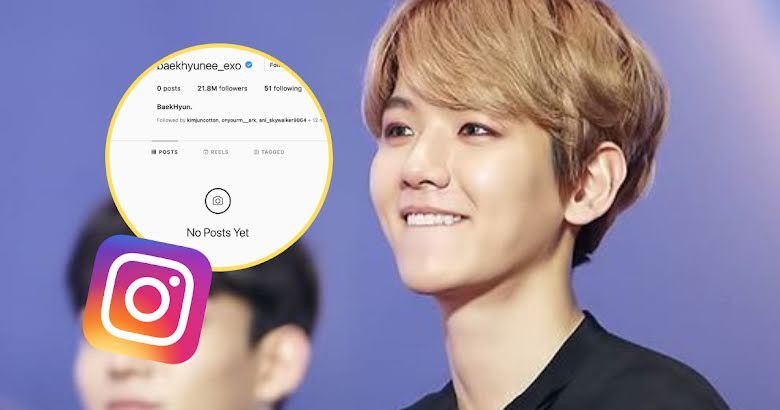 SM Entertainment has clarified the situation after suspicions rose about EXO Baekhyun‘s Instagram being hacked.

Fans received a surprise when they went on Instagram to find that all of Baekhyun’s posts had disappeared. He’s been active on Instagram for quite some time, so a lot of content was lost.

The hacking of celebrities’ social media accounts is not exactly unheard of. Recently, for example, actor Lee Do Hyun had his Instagram hacked. The hacker deleted all of his posts and replaced them with new ones of random images, many of them using the caption “#ratobot.”

The hacker then revealed their next target: IVE‘s Wonyoung.

The hacker eventually shared a statement about their motives and asked for forgiveness, though fans naturally remained suspicious. Luckily, Wonyoung’s Instagram wasn’t edited the way Lee Do Hyun’s was, and it seems like Lisa’s was also left unharmed.

But when EXO-Ls found Baekhyun’s Instagram profile cleared, it seemed perfectly plausible that he had also been hacked. According to fans, many saw that Baekhyun had liked IU‘s post about her recent concert, The Golden Hour, leading them to click on his profile only to find it empty.

SM Entertainment was contacted by fans and media alike, all hoping to find out what was happening. The company soon put out a statement clarifying that Baekhyun had not actually been hacked. Rather, he had cleared his feed himself because he wants to reorganize it ahead of his military discharge!

As soon as this was cleared up, EXO-Ls began to find it hilarious that Baekhyun’s attempt to reorganize his feed would warrant so much attention.

It certainly proves he will always be the main character!

…it’s still possible that he may have simply archived them. After all, it’s several years’ worth of memories!

In any case, EXO-Ls can be easy knowing Baekhyun has big plans for the future.

Baekhyun himself confirmed this in a recent Twitter update. He hilariously explained that he had felt the “sudden strong desire” to redecorate his feed. According to him, fans can look forward to his feed’s new look next year!

He then explained that he did, in fact, archive all his pictures…