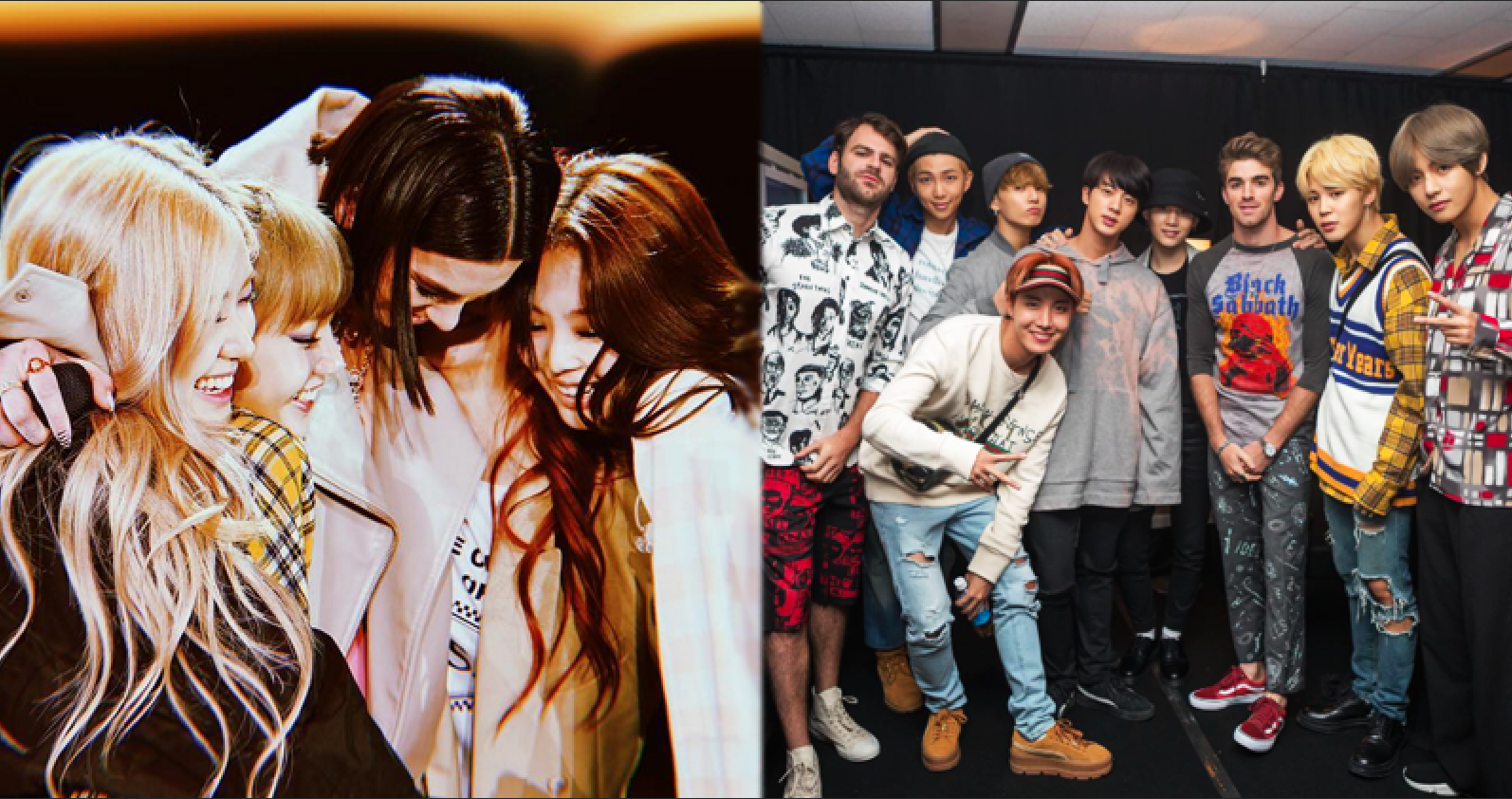 Music knows no borders, and this is proven whenever a K-pop artist collaborates with a Western act. In recent years, more collaborations and features have been released.

Here are the five most iconic K-pop collaborations with Western artists, according to Taiwanese media outlet PopDaily. Before BLACKPINK worked with Selena Gomez for Ice Cream, the girls had their first collaboration with a Western artist in 2018 with Dua Lipa! BLACKPINK colalborated with the British artist for Kiss and Make Up, which was included in Dua Lipa's album Dua Lipa: Complete Edition.

Why Don't We released the original version of Fallin' in September 2020. They then surprised both K-pop communities and their fan base when they released the AB6IX remix of the song, which features the boy group taking the first verse and first chorus and the bridge and the last chorus.

BTS has worked with a handful of Western artists in their careers, such as Halsey, Steve Aoki, and Charli XCX. However, one of their most memorable collaborations with a Western artist is Best of Me with The Chainsmokers. This song was released in August 2018 and was included in BTS's album Love Yourself: Answer.

This is a three-party collaboration featuring Jason Derulo from the United States, Lay from China, and NCT 127 from South Korea. The music video shows all three artists dancing in different locations around the globe, proving that it is indeed a global collaboration. The whole video is definitely a feast for the eyes!

PinkSweat$ released the original version of 17 in February 2020, and it was included in his debut album Pink Planet. He released a version with SEVENTEEN members Joshua and DK in September 2020, adding Korean verses to the song. 17 is a song that talks about love in its purest and most vulnerable form.

Did your favorite K-pop artist and Western artist collaboration make the list?