It is undeniable that BTS is the most successful K-pop boy group in the industry.

BTS is a seven-member K-pop act formed under Big Hit Entertainment. The group debuted in 2013 with their single '2 Cool 4 Skool' and began garnering attention from K-pop fans at the 2014 Mnet Asian Music Awards, being nominated for Best Dance Performance (Male) for the 'Skool Luv Affair' lead single "Boy in Luv." 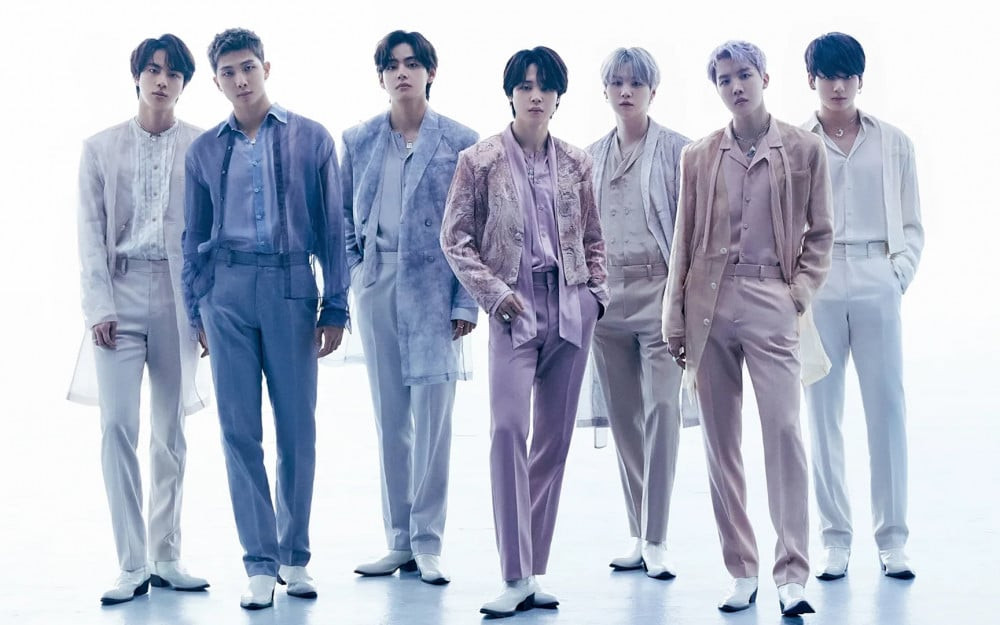 The boys also began garnering attention overseas as they began stacking up an immense following in North America. Since then, they have steadily climbed their way to the top from being a boy group from a small-mid-sized agency to one of the biggest artists in the world.

With the year-end rolling around, many fans are taking their time to look back at the awards BTS has won so far. One netizen pointed out in a popular online community that BTS has won 66 Daesangs in Korea while winning 68 music awards in the United States. 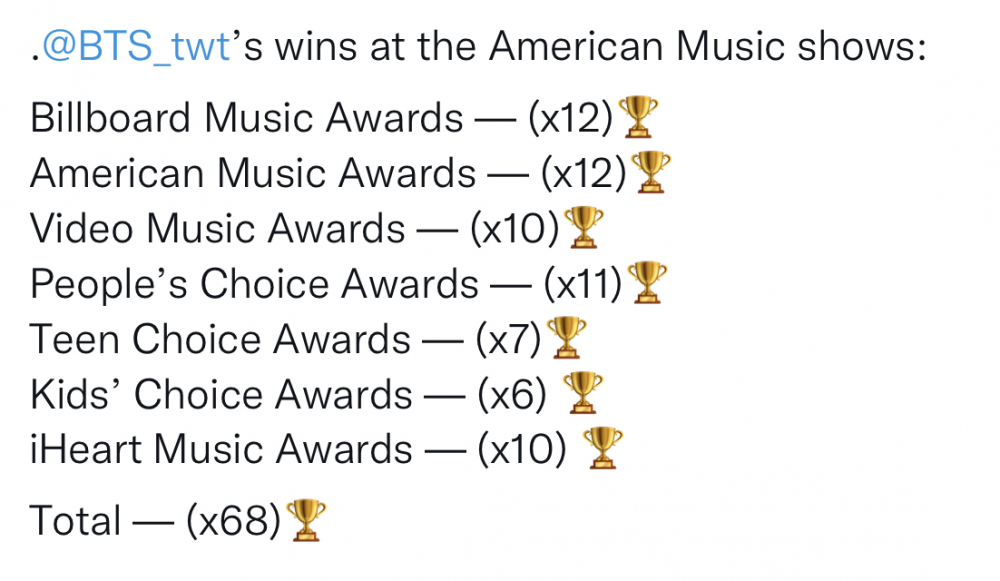 K-netizens were in awe of the great feat that boys were able to achieve and left comments on how impressed they were with their accomplishments. Netizens commented:

"It's now so true that their bags are filled with trophies."

"They can build a whole pillar filled with trophies they won."

"BTS is on another level."