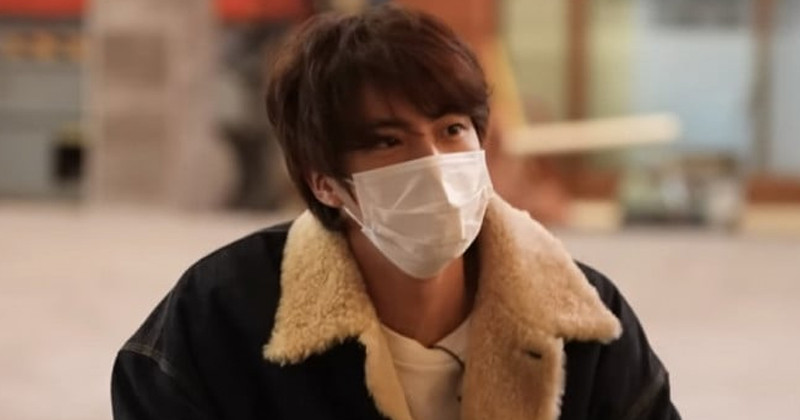 It's not a secret that Jin is very close to a famous Korean chef, Paik Jongwon.

Both share the same values of helping disadvantaged people, popularizing Korean traditional alcohol breweries, and eating delicious food. In November, the BTS member and the chef did a show together about Jin learning the receipt for his own traditional alcohol - makgeolli. In the end, Jin registered his own small alcoholic brand.

Today, the second episode of chef Paik's new show was released on Youtube. It's called "Becoming a market," about a thoughtfully-planned traditional market resuscitation project. Jin became a surprise guest in this episode as he arrived to visit chef Paik at the Yaesan market. It was just one week before Jin enlisted.

Jin went around the market and commented, "This is so pretty," "It's giving retro vibes." The artist has joined the show in order to attract more attention to the issue of traditional local markets experiencing a crisis.

Here's a translation of Jin and chef Paik's small talk:

🐹How did I become like this?
🧑‍🍳(Serious) That means you are also interested in local/regional economy. Local regions need to become evenly well off too.
🐹Isn't it a learning by route thing(laugh)? It's true I got to take interest in the matter as I became engaged. But I keept questioning myself. "How did I end up setting my foot in this path?"
🧑‍🍳That means it's in your DNA(literal word was 'in ur blood') rural/suburb DNA.
🐹 ??? My parents...Nonsan..

🧑‍🍳You see, majority of K-population is from rural/suburban areas
🐹Yes (Caption: That is right,but..) My parents are from Nonsan but I'm from Seoul
🧑‍🍳 (Caption: Feeling of frustration)Then, (you are) literally from Nonsan.
(Caption: Since when did the conversation topic became this off?+) 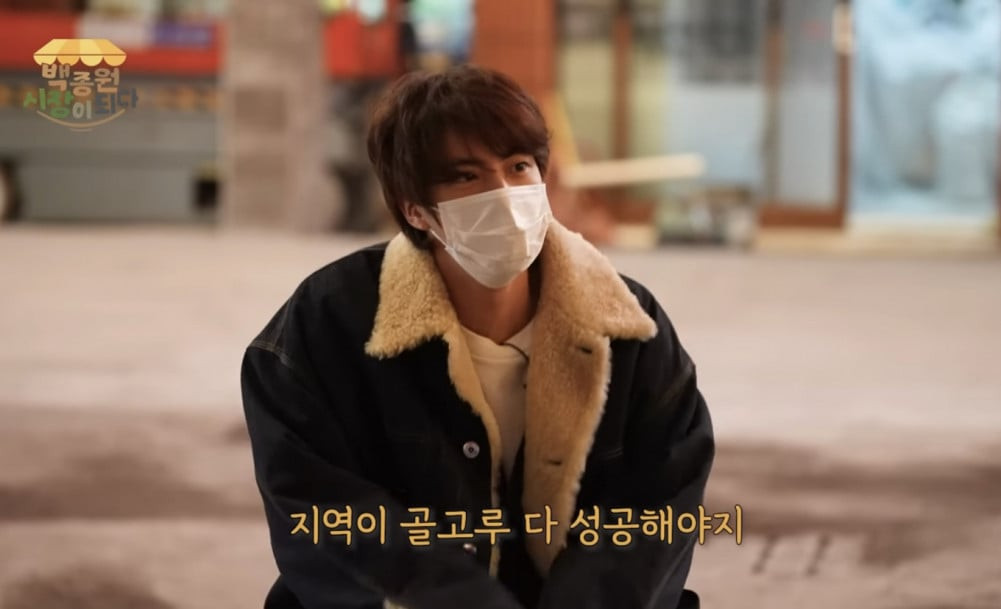 🧑‍🍳U don't know where ur grandfather is from?
🐹 My grandpa is from Nonsan.
🧑‍🍳U never know he could have been from here too, Yaesan.
(caption: That's not true)
🐹Both my mom's and dad's sides families had lived in Nonsan in generations.

🧑‍🍳If you think about it, our friends and family acquatances (or our friends' friends), all turn out to be from subarban/rural areas (caption: conclusion: all are from rural areas). 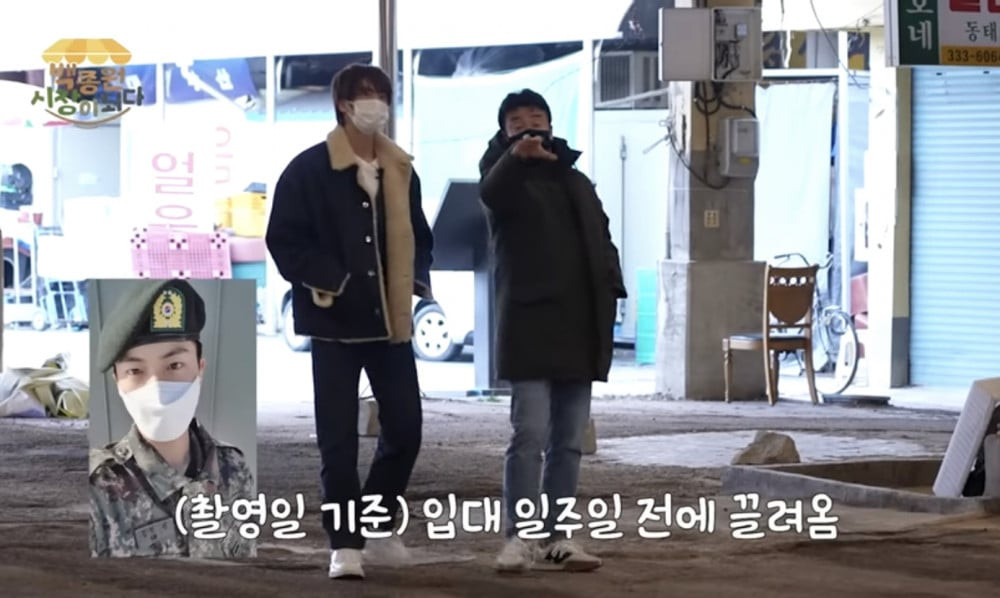 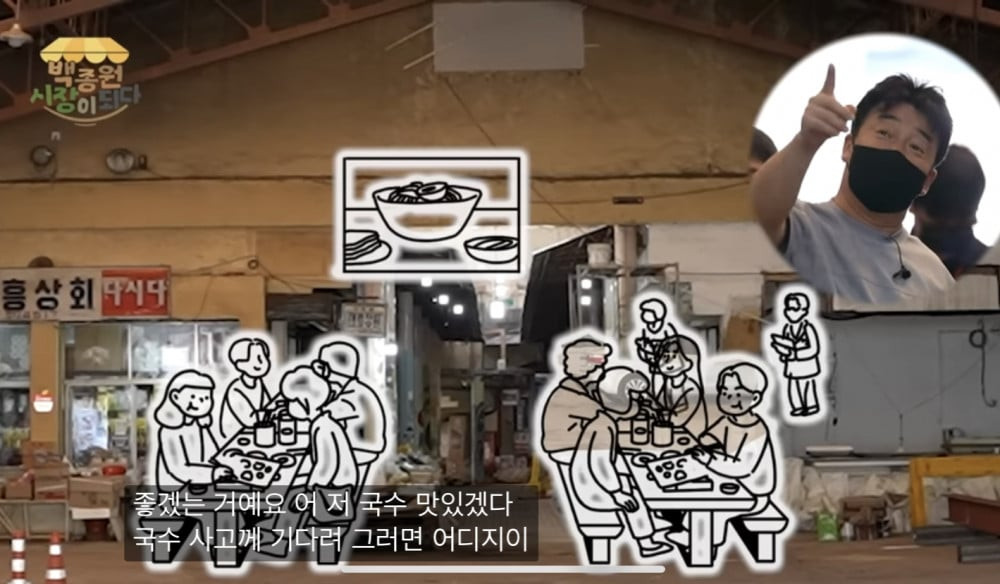 Even while being away, Jin is especially popular on Naver and Korean forums. Thousands of Knetz are on the news about how Jin is doing in the military. He gets lots of praise for being among the best ones, especially since he became a training assistant and was a commander of his unit. They like how handsome Jin looks in his military uniform as well.

Jin being very supportive of Korea's local and traditional businesses like markets or alcohol brewing makes Netizens like him even more. After appearing on chef Paik's show, Jin captured huge attention on Korean forums and received lots of positive reactions for his cameo. Jin has appeared for only a minute, but the video is already at 500k views. 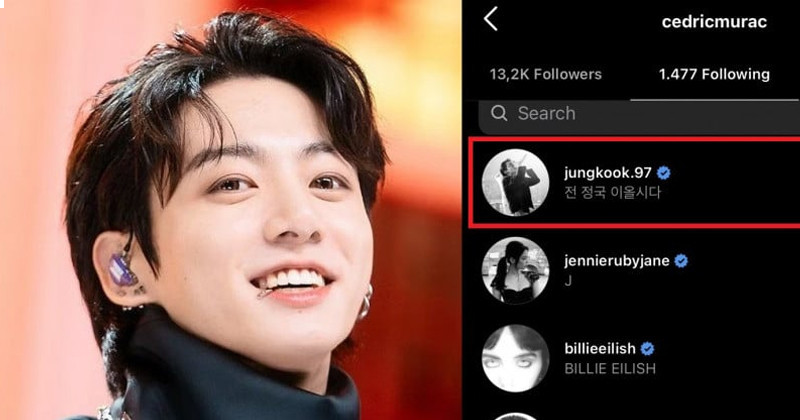