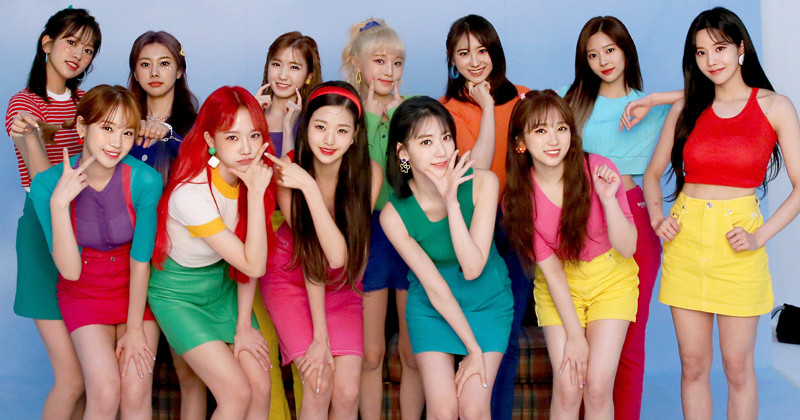 Project girl group IZ*ONE will eventually disband and the 12 members will go back to their respective agencies to continue their own schedule.

According to multiple K-Pop officials on March 10, IZ*ONE agreed to disband after finishing their scheduled activities in April because the agencies could not narrow their differences over the extension of the contracts. The 12 members of IZ*ONE are expected to return to their agencies after disbanding and continue their own activities.

Mnet also confirmed the news, saying, "IZ*ONE's team activities will be completed in April as scheduled," and "Mnet and Swing Entertainment/Off the Record want to thank the 12 members of IZ*ONE for their wonderful performances and we will support their growth as artists in the future."

IZ*ONE debuted in 2018 through Mnet's survival show 'Produce 48'. Since then, they have released a number of hit songs including 'Panorama', 'Violeta' and 'La Vie en Rose'.

However, ahead of the release of their first full album in November 2019, IZ*ONE was on the verge of disbanding as it was found out that the live voting of Mnet audition program 'Produce' series was manipulation, but they then continued their activities through agreement between the agencies. Recently, the show has once again been embroiled in controversy as the court released a list of trainees who suffered from vote manipulation. This can also be one of the reasons why the group cannot extend their contract.

Below is the full text of Mnet's official position.

Mnet and Swing Entertainment/Off the Record have been listening to and discussing each agency's opinions for the best activities for the 12 members before the project ends.

IZ*ONE, who debuted with the 2018 'COLOR*IZ' album and grew into a girl group representing Asia, receiving great love not only from South Korea but also the world, will complete their team activities in April as scheduled.

The online solo concert 'ONE, THE STORY' will be held for two days on March 13 and 14.

Mnet and Swing Entertainment/Off the Record want to thank all 12 members of IZ*ONE for their wonderful performances. We will support their growth as artists in the future so that the fantastic stories they have created can continue.

Please look forward to their new appearances and cheer for them."