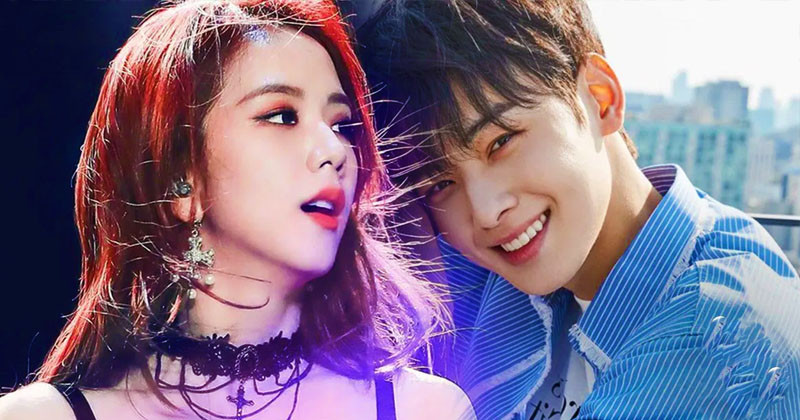 What are the odds of different K-Pop celebrities who are all known best for being the visual geniuses in the industry, coming from the same neighborhood?

Gunpo Sanbon-dong is an area located just right outside of Seoul, South Korea. Three notable visual geniuses in the K-Pop industry are known to be from the area.

When the term visual genius comes into play, you can't really leave out the most famous one of them all, Astro member Cha Eun Woo.

The Gunpo area would be quite proud to know that it is where the visual genius superstar grew up.

Often referred to as the visual beauty of YG Entertainment, JiSoo too is from Gunpo Sanbon.

Many plastic surgeons have revealed that Seo Kang Joon is one of the most popular celebrities that their clients always bring a photo of.

They want his eyes! Yes, his beautiful eyes.

However, they revealed that not even the advanced technology of plastic surgery can recreate the beauty that his eyes display.

Seo Kang Joon was actually extremely famous in the neighborhood of Gunpo Sanbon even before he became an official actor and celebrity in the K-Pop industry.

To be fair, who wouldn't be able to remember him if they saw him pass by.

It is said that everyone in Sanbon pretty much knew who Seo Kang Joon was several years ago before he rose to fame.

According to a recent poll conducted on the popular idol voting app Choeaedol, BLACKPINK member Jisoo was selected as the female idol people would like to see when they first wake up.

Sitting at second place is fellow BLACKPINK member Rosé with 30,453 votes. In third place is BLACKPINK member Jennie with 28,857. Following behind Jennie is BLACKPINK Lisa, IU, Girls' Generation's Yoona, Red Velvet's Irene, (G)I-DLE's Yuqi, TWICE's Tzuyu, and then TWICE's Nayeon. This made 4 members of BLACKPINK are the priority choices that most people want to see their wake up moment.

Currently, Jisoo is filming for the upcoming JTBC drama "Snowdrop". This is the first time Jisoo is tackling a lead role in the drama and she is acing alongside famous actor Jung Hae In. The drama is set to air on JTBC in 2021.

"Snowdrop" is set in 1987 and follows the story of Im Soo Ho (Jung Hae In), a student at a prestigious university who suddenly dashes into a female dormitory one day, drenched in blood, and Eun Young Cho (BLACKPINK's Jisoo), a lovable and bright student who hides him and tends to his wounds, despite the danger of being under close surveillance.