How Much Are These Stunning Pink Outfits of BLACKPINK Jennie On Instagram? 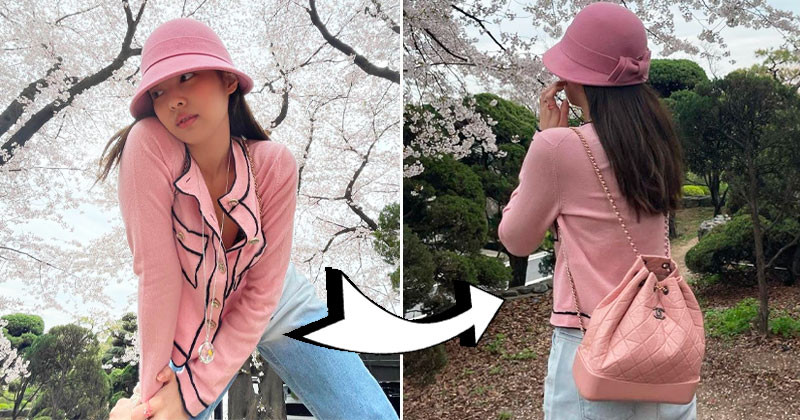 #3 is the most affordable item here.

BLACKPINK Jennie looks gorgeous in pink! Who can deny that she’s runway-ready in every type of clothing, from casual to cool to everything in between? If you ever wanted to copy her style, check out how much you’ll need below!

First up, Jennie brought out her sexy side when she wore Chanel‘s “Cashmere Dress.” It costs an arm and a leg at $6,500 USD!

Casual clothes sure are pricey when they’re from luxury fashion brands! As the face of Chanel, Jennie embodies their classic style, as proven when she looked stunning in this cashmere $4,250 USD “Pink Cardigan.”

She added a touch of cuteness with the quilted pink “Gabrielle Backpack.” Like all Chanel items, it runs in the thousands at $3,200 USD.

She was prettier than all of the cherry blossoms surrounding her!

Speaking of adorable, we can’t forget about her Instagram story promoting Rosé‘s solo “On The Ground.” She was sweeter than strawberries in an OMIGHTY “Strawberry Fresh Top.” It’s undoubtedly the most affordable piece of clothing on this list at $55 USD.

She’s Rosé’s top fan, and definitely one of the best dressed ones!

Last but certainly not least, one of Jennie’s most recent pink outfits was worn during the special Vogue Korea March 2021 issue. She was the definition of elegance and sophistication in her Chanel “Silk Georgette Dress” which retails for $2,700 USD.

It certainly contributed to her ethereal look!

Jennie’s a fashion icon for sure!