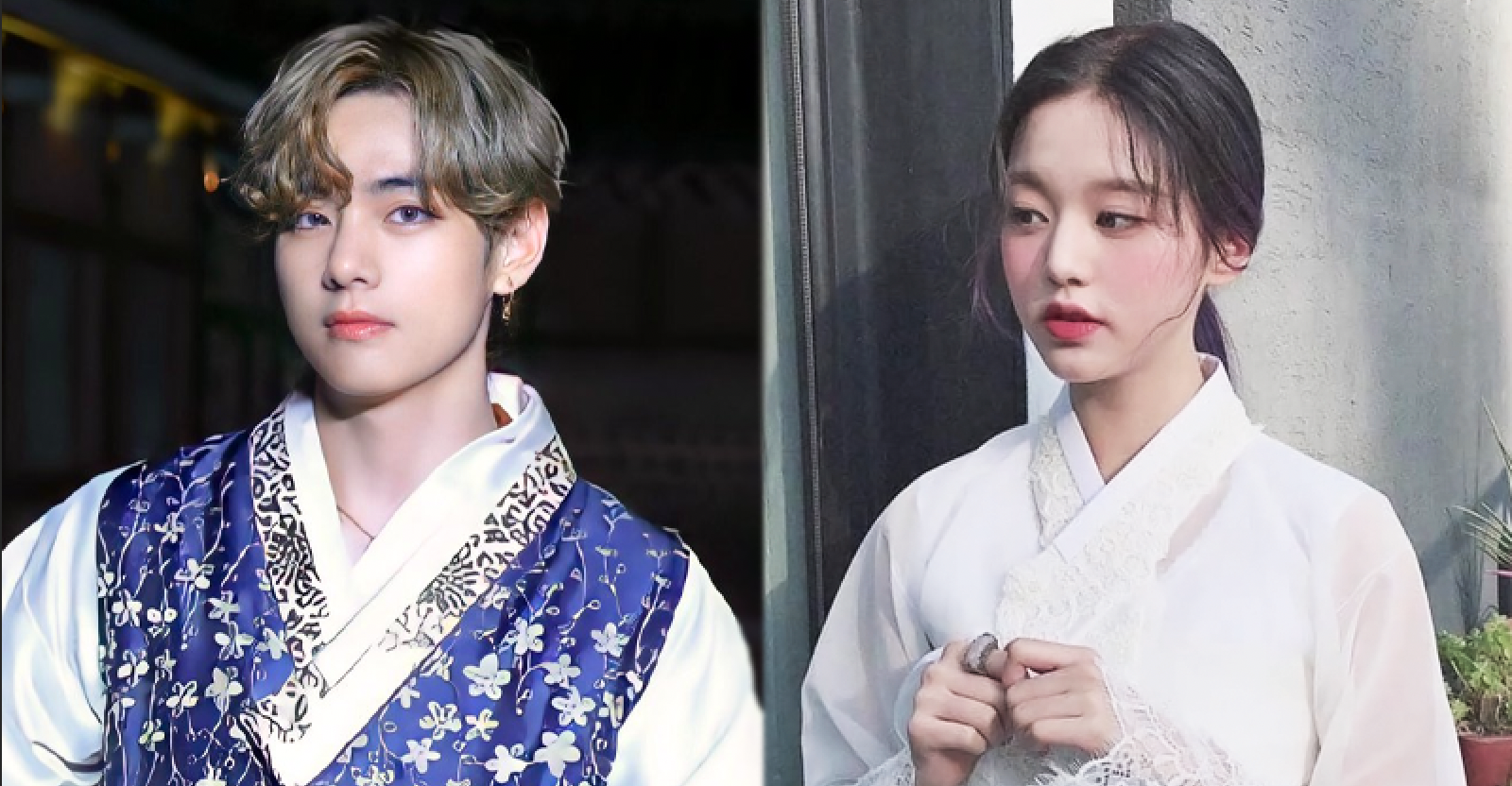 South Korea's traditional clothing, hanbok, emphasizes beautiful lines and antique charms. To celebrate Chuseok, here are the K-pop stars who showed off their elegance in traditional Korean clothing and flaunted their beauty. 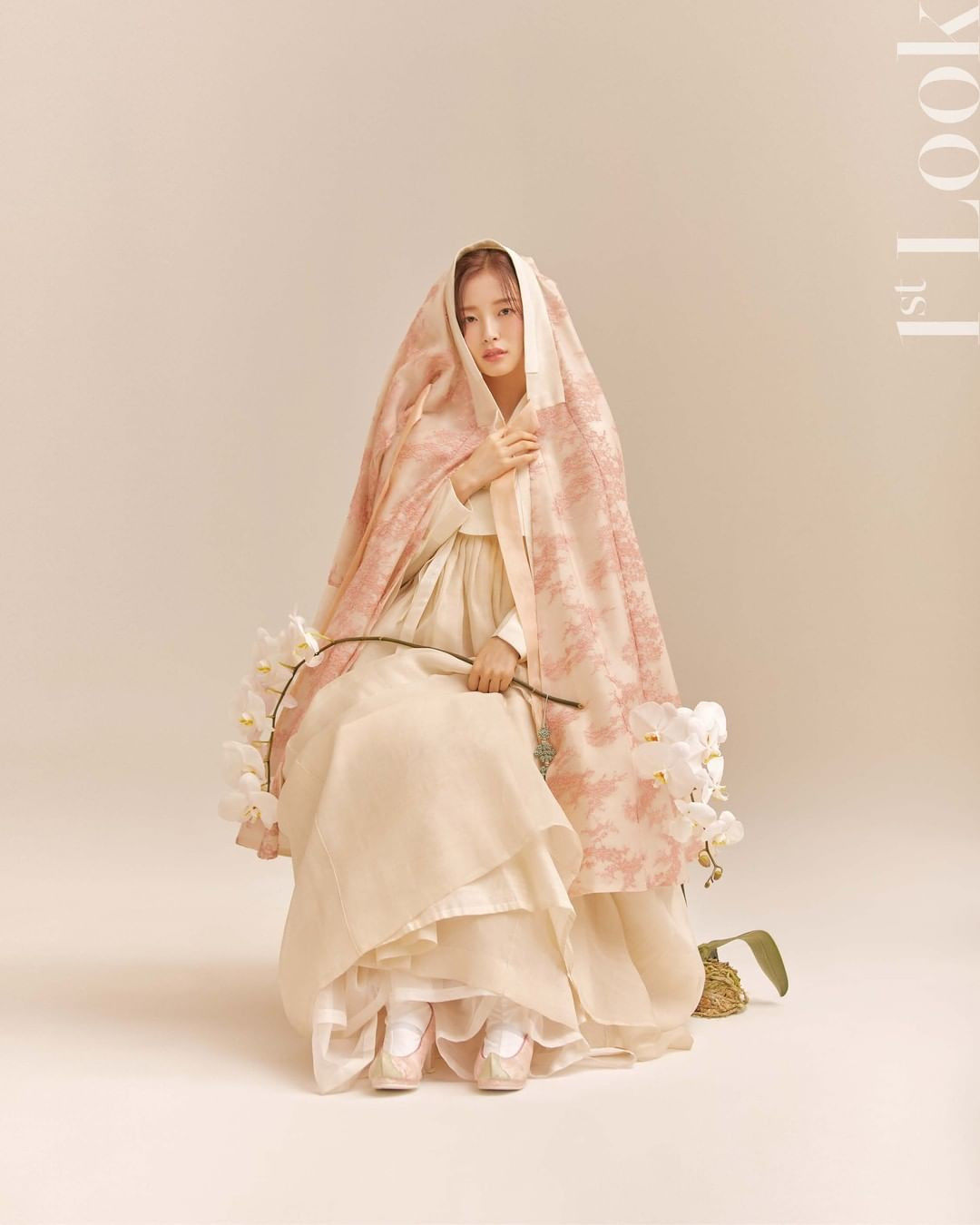 Oh My Girl member Arin recently showed off her elegant appearance in a handbook for a photoshoot commemorating the 10th anniversary of the magazine FirstLook. The female idol flaunted a luxurious vibe by wearing a skirt with a floral design with a see-through jeogori (upper part of the hanbok).

Arin, who perfectly digested this feminine hanbok, exudes the atmosphere of a noblewoman from the Joseon Dynasty! Jang Wonyoung is another female idol who showed off her beautiful figure in traditional Korean clothes. The former IZ*ONE member showed off her elegant charm in hanbok for a pictorial with the online shopping platform G Market in 2019. In her photos, Jang Wonyoung is seen wearing a white jeogori and a baby blue skirt. BTS member V has rocked hanbok several times, and he manages to look good no matter what. For the show "Run! BTS," V transformed into a handsome male warrior from the Joseon era, exuding the visuals of the main character in a historical drama. For the show, he wore a blue hanbok.

The idol also wore a hanbok for his role in the drama Hwarang: The Poet Warrior Youth in 2016. 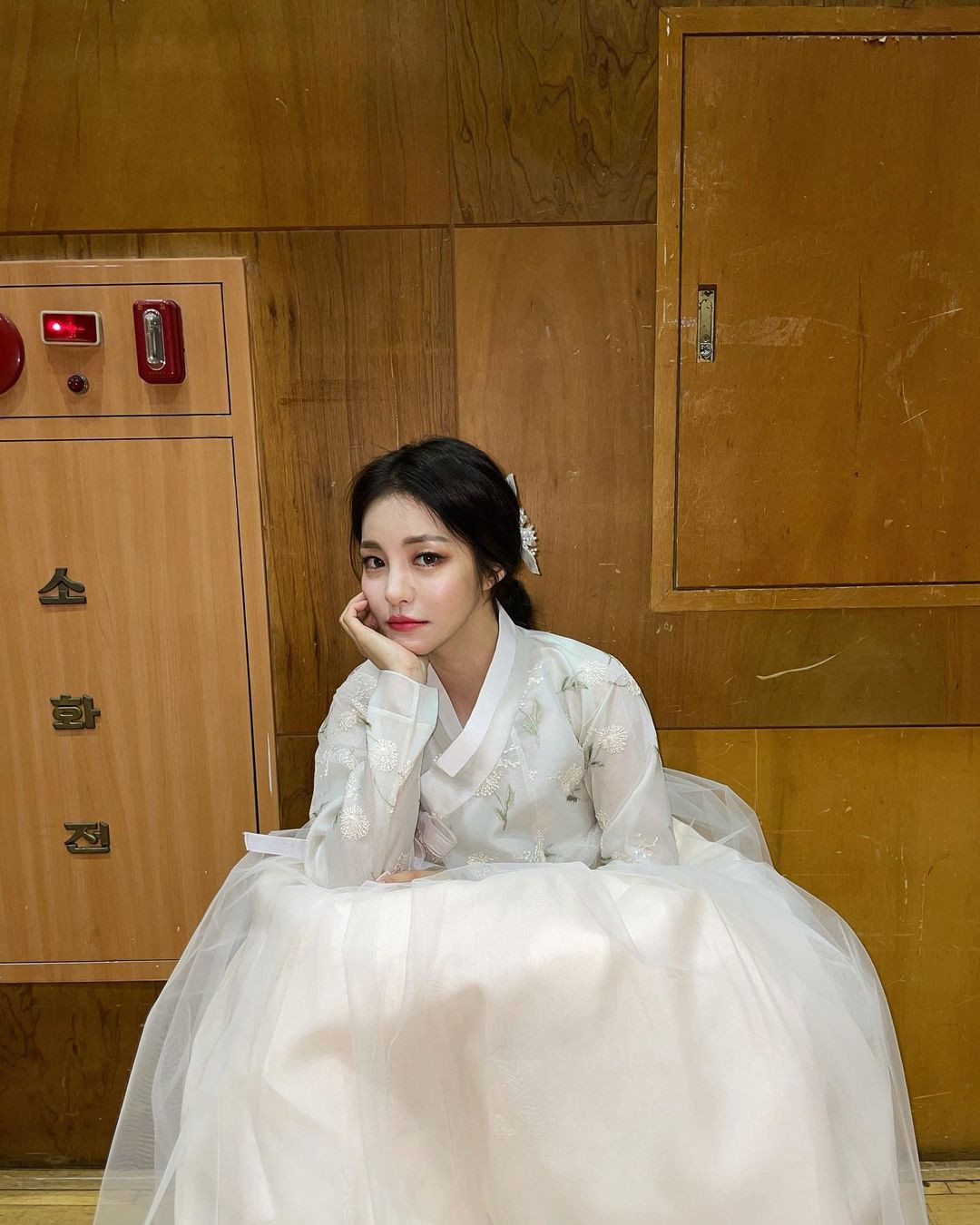 Yujeong, who rose to fame in 2015 following the reverse run of Brave Girls' song Rollin', is another female idol who looks impressive in hanbok. Yujeong caught the eyes of many when she revealed her hanbok fit on her Instagram account on September 1, 2021.

The idol received praise for her elegant appearance, with some even hoping that she stars in a historical drama due to how gorgeous she looks in hanbok. In Moon Lovers: Scarlet Heart Ryeo, IU wore a pink hanbok that showed off her cute charm. IU's fresh visuals were only enhanced by her hanbok, which drew people's eyes to her. ASTRO member Cha Eun Woo is another male idol who showed off his beautiful visuals in hanbok. On August 25, Cha Eun Woo shared some behind-the-scenes photos and videos of his pictorial for South Korean food brand Samhwa foods. In the video, the male showed off his flower-boy visuals.

Cha Eun Woo in hanbok is reminiscent of a scene from a historical drama. His hanbok is pink and purple, and he is also seen wearing a gat on his head. The elegance of the overall outfit is enough to make one's heart flutter!