Get To Know About Sisters And Brothers Of EXO members 1. Chanyeol’s sister – Park Yoora Park Yoora is 3 years older than her famous brother but the siblings could easily...

Park Yoora is 3 years older than her famous brother but the siblings could easily be mistaken for twins. 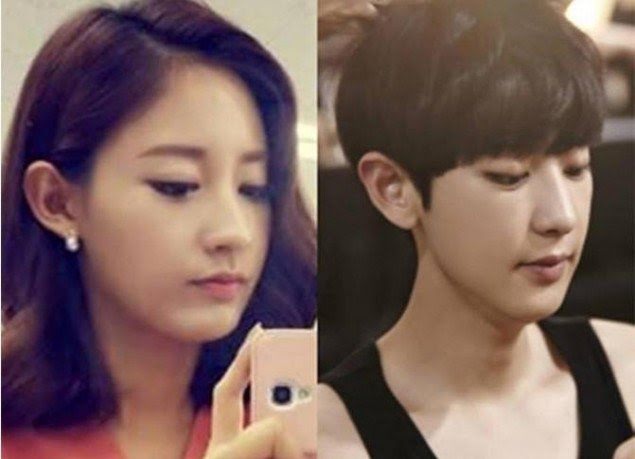 In fact, their resemblance is so strong that even Chanyeol got confused when his sister posted this bare-faced selfie.

Chanyeol commented on it, saying that he mistook the photo as his own.

Yoora responded with, “It’s me”.

Even Chanyeol’s fellow EXO members can’t get over the siblings’ similarities.

Like Chanyeol, Yoora’s career has launched her into the public eye. She is currently a news anchor at YTN.

Yoora has also used her family ties to have a little fun outside of the newsroom. In this 2014 teaser, Yoora reported that a typhoon would be hitting the hip-hop scene. The “typhoon”, ironically entitled “Nice Weather”, was Rap Star and Outsider’s collaborative single.

Outsider is reportedly one of Yoora’s favorite artists. Others include Maroon 5, Oasis, Busker Busker, Jamiroquai, Tahiti 80, Roy Kim and, of course, EXO.

During a radio show, Chanyeol told his members that he and Yoora used to fight when they were younger.

He would lose his temper when Yoora would kick him off the computer while he was trying to play a game or would not allow him to use the computer at all. 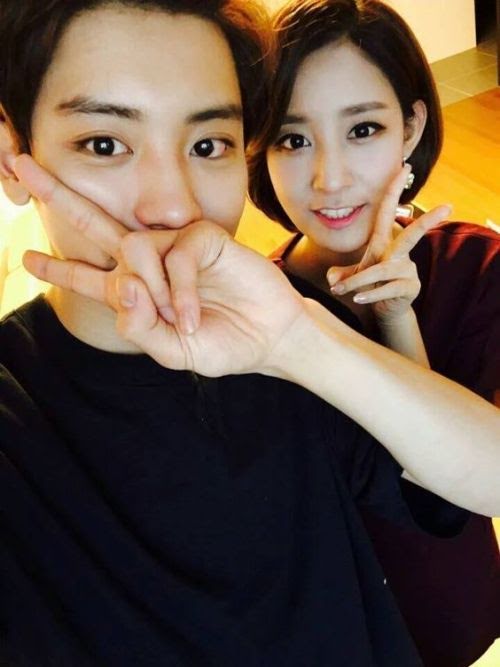 After Chanyeol turned 20 and moved into the EXO dormitory, he began to miss his sister.

The two began to meet up for meals and to go shopping together, and of course, she attends as many EXO concerts as she can.

Not much is known about Suho’s older brother other than the fact that he shares Suho’s good genes! 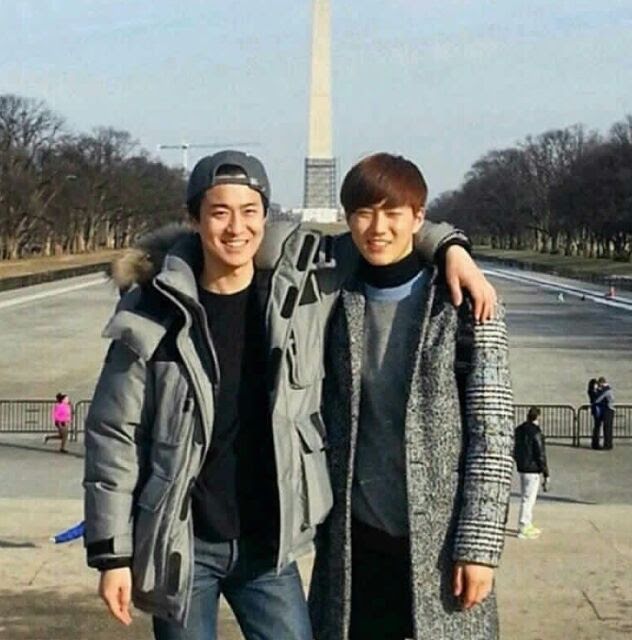 Chanyeol’s older brother came to the public’s attention after saesang EXO fans reportedly crashed his wedding.  These overzealous fans were hoping to catch a glimpse of the EXO members who attended as guests.

D.O.’s older brother is just as elusive as many other EXO siblings and not many pictures of him exist. 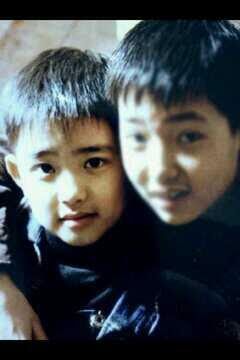 Kai has two older sisters. The first, pictured at the top-right is the eldest and has not been named. She is nine years older than her famous brother. 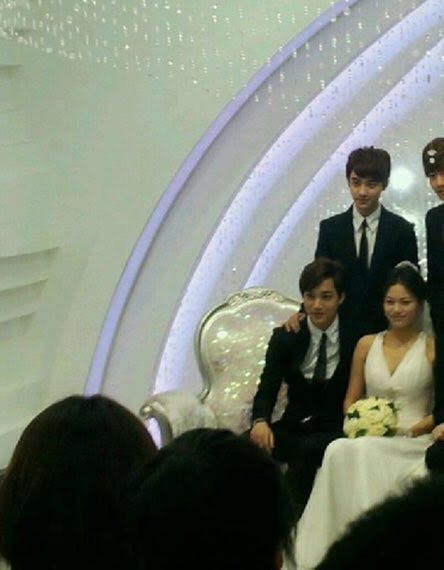 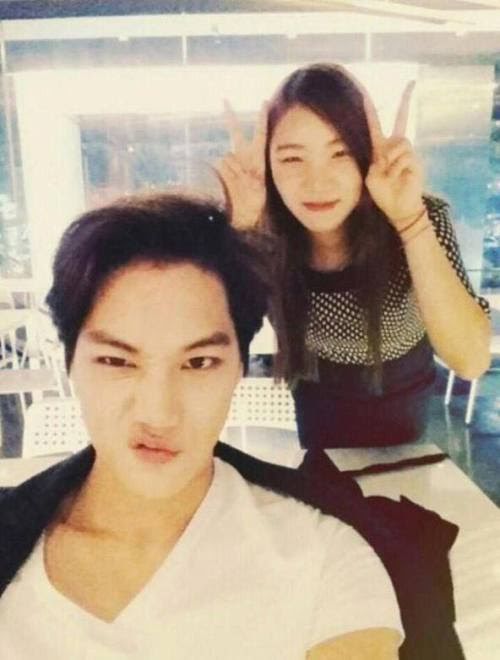 The café is located near Gangnam Station and has become a popular destination for EXO fans.

Sehun’s brother is three years older than Sehun, but nothing more seems to be known about him. 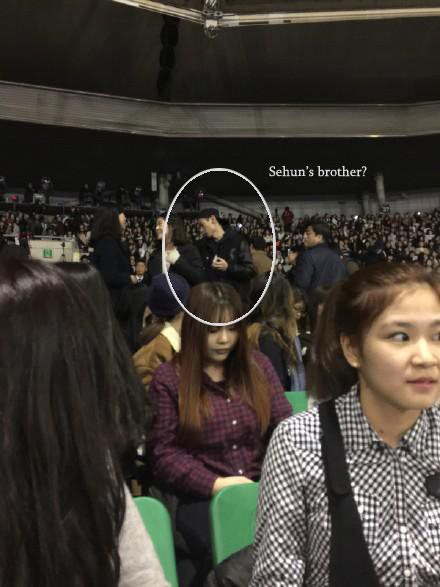 Some fans speculate that the audience member in this video may be Sehun’s brother, but this has not been confirmed.

Although Xiumin promised his mother that he would never reveal his sister’s identity, he has occasionally mentioned her during broadcasts.

During EXO’s guest appearance on Kangta’s Starry Night, Xiumin claimed that he would not want his sister to date any of his members. 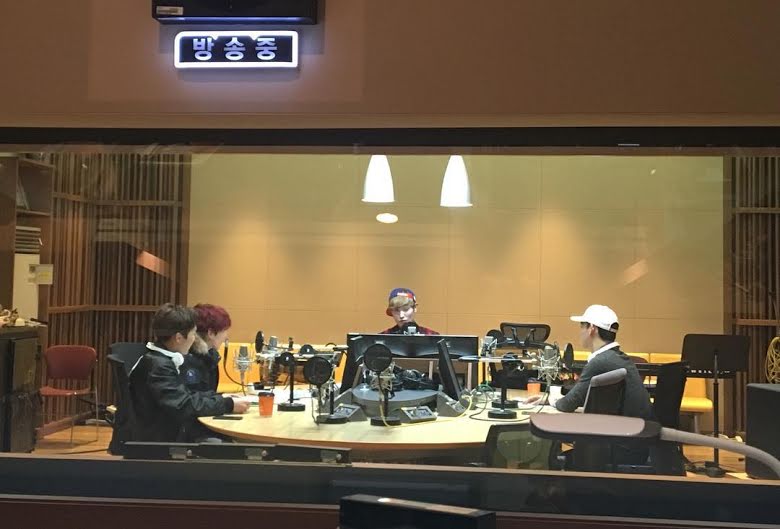 This is because Xiumin would not want to risk losing any of the good relationships he has with his members.

Aside from this rare baby photo, there seem to be no confirmed photos of Chen’s older brother. 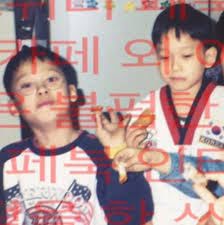 Lay grew up without any brothers and sisters but, over the years, EXO has become like a second family. 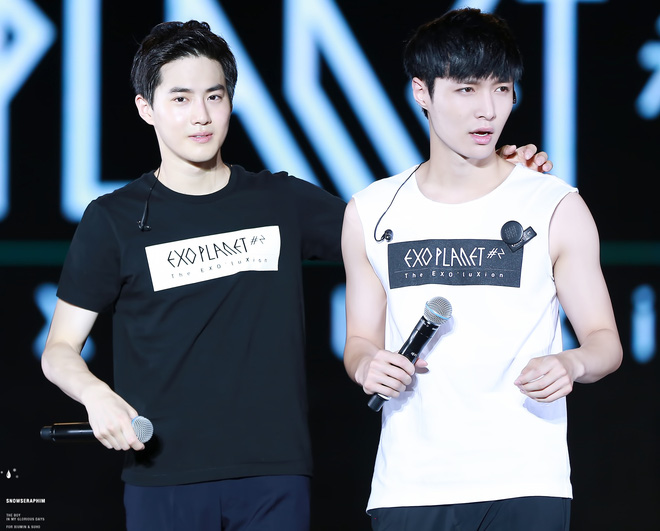 Lay loves to goof around with Xiumin and joke with Suho, just like a real brother would!