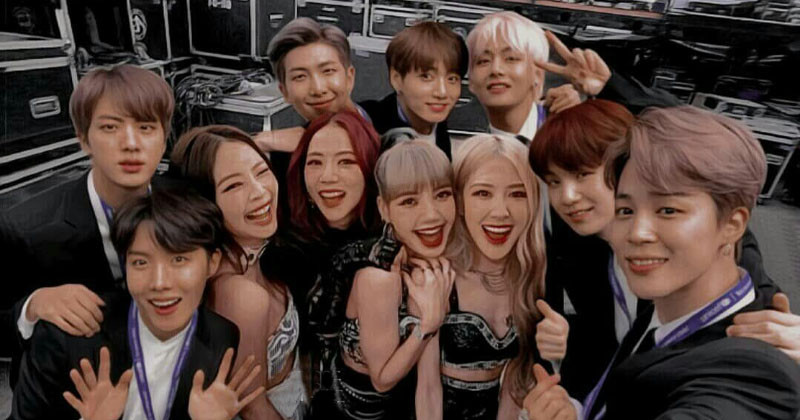 On Monday, Dec. 21, Gallup Korea officially published their survey concerning idols who shined this 2020. Let's read more for all the details.

On Monday, Dec. 21, Gallup Korea revealed the contents of their annual survey. They asked about 5,100 people aged from 13 to older across the nation, excluding Jeju, to name three of their favorite singers or idols. BTS ranked number one with 39.2% of the votes. Especially, BTS received 39.6% of the votes from people aged 40 and older, it seems that they got a lot of love from People age 40 and older.

BTS debuted in 2013 and they've grown into global superstars that represent South Korea on a global stage. Their first all-English single, "Dynamite", was released this August. The song debuted at the top of the US Billboard Hot 100 charts, making it not only BTS's first number one hit single in the country but also this is the first time a Korean musical act has ever topped the charts in the United States.

"Dynamite" earned BTS a Grammy nomination at the 63rd Annual Grammy Awards that is set to be held next year. BTS was nominated "Best Pop Duo/Group Performance". BTS was also recently named "Entertainer of the Year" by the U.S. publication, TIME Magazine.

The second most popular artist among people aged 30 years old or younger IU, with 21.1% of the votes. IU debuted in 2008 and has established herself as the most successful soloist in South Korea. She is an accomplished singer-songwriter who has also made a name for herself as an actress and as a TV personality. Since 2011, IU has ranked in the top 10 of Gallup Korea's "Singer of the Year" list, rising to number in 2014 and 2017. This year, IU released the song "eight", which was produced by BTS member Suga, who also featured on the song.

Third place went to BLACKPINK, who got 13.6% of the votes. BLACKPINK has been dubbed the biggest girl group in the world and it is not hard to see why. In April, they collaborated with Lady Gaga for the song "Sour Candy", which was included in the former's "Chromatica" album. In June, they made a comeback with "How You Like That", a pre-release to their first full-length album.

In July, BLACKPINK released their second pre-release single, "Ice Cream", which featured American singer Selena Gomez. It marked their second collaboration with a Western artist this year. In Oct., BLACKPINK dropped their much-anticipated album, "THE ALBUM", with the title track "Lovesick Girls". The group became the first-ever million-selling K-pop girl group. That same month, Netflix released their BLACKPINK documentary, "BLACKPINK: Light Up The Sky", which covers BLACKPINK's career from 2016 to now (2020).