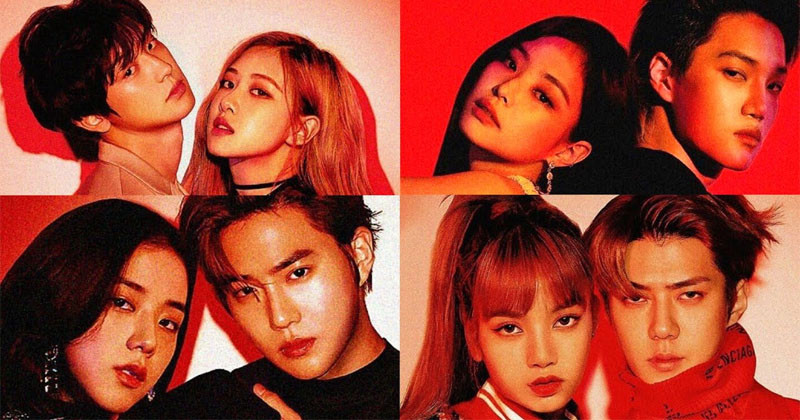 Luxury brands have a huge crush on the Hallyu stars this 2020. A Korean media outlet has listed out the top K-pop stars who perfectly represented luxury brands this year.

2020 is a year where many Hallyu stars worked as ambassadors for luxury global brands. As the Hallyu Wave continues to expand around the world, more luxury brands realize the positive influence of having Korean singers and actors to be their ambassadors. Nowadays, Korean stars are not only local brand ambassadors, with many becoming global brand ambassadors, where they become the face of a brand globally. This proves the Hallyu Wave has reached all corners of the world.

The number one Hallyu star is not other than G-Dragon, known for his love for luxury brands, was selected as the global ambassador for Chanel in 2016. Back in 2012, he was named the local (Korean) brand ambassador for the brand. He was the first Korean star to be an ambassador for a designer brand, but now, many celebrities have partnered with luxury brands.

Among K-pop stars, BLACKPINK and EXO are the two idol groups that have got the most loved by luxury brands. BLACKPINK's Jennie, who is called the "Human Chanel." Even before her partnering with the fashion house, she has shown much love and support for Chanel. She was ultimately chosen as heir "House Ambassador," with the brand saying that she is so suitable for their image of modernity and for her trendy fashion, as well as for her loyalty to the brand. From being a local brand ambassador, she was soon named the Global Ambassador for the French fashion house, alongside labelmate G-Dragon.

BLACKPINK's Jisoo, alongside idol-actress Suzy, is the ambassador of Dior. Jisoo was named a local ambassador for Dior Beauty in 2019, and by summer 2020, she was named as the fashion house's newest muse. She represents Lady Dior and D'Lite Bag in Dior's Cruise 2021-2021 Collection. Suzy, on the other hand, is known as the "Human Dior" and is one of the brand's brand ambassador.

Jisoo is also one of Cartier's muses, and was appointed as the first protagonist for Cartier's Digital Project in the return of "Pasha de Cartier."

Last, but not least, BLACKPINK's Rosé was named as the global brand ambassador for Yves Saint Laurent. She is not only the first K-pop idol to represent the brand, she is the first global ambassador for the brand ever. Earlier this month, it was announced that Rosé is the new muse for YSL Beauty.

Many EXO members have worked with fashion houses, it was Kai, Baekhyun, Chanyeol, Suho, and Sehun. Back in August, Kai was selected as the first Gucci Eyewear Men Global Ambassador in South Korea, as well as the global brand ambassador. Chanyeol was named as one of Prada's latest brand ambassadors back on Sept. 17, alongside labelmate Red Velvet's Irene.

Baekhyun was chosen as Burberry's newest brand ambassador in September of this year. On top of that, Baekhyun has established his own fashion brand, "Privé by BBH." Sehun, on the other hand, was recently announced as the new face of Dior Men. Prior to that, he and Chinese celerity William Chan were named as Ermenegildo Zegna's brand ambassador.

As K-pop gets more and more global, fans are expecting more idols to partner up with luxury fashion houses to be their global brand ambassadors.