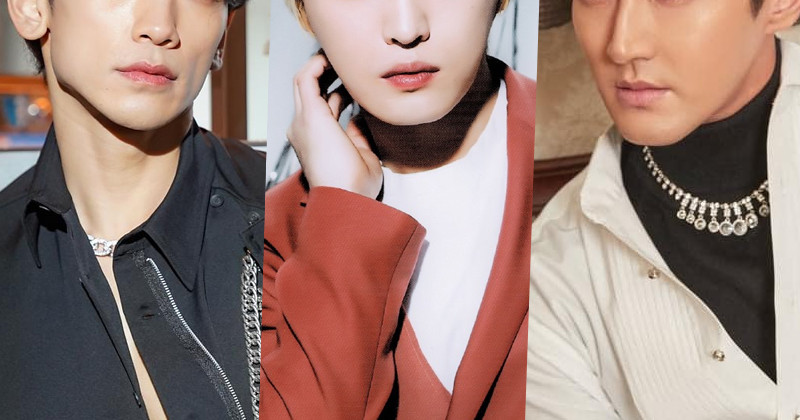 Being an K-Pop idol may help you become rich, but becoming a super rich artist like the 5 celebrities in this article is another story.

At the time of their debut, most K-Pop artists' income are not much because they need to 'repay' the agency for their training expenses. However, after that difficult period, there are idols who started to become famous and eventually became rich thanks to their talents being recognized by the audience. In addition to their singing careers, these idols can also earn income from advertising, acting, music copyrights, their own businesses, etc.

Here are the top 5 artists who made it through and become the richest ones in the K-Pop industry.

JYP maybe an idol of the much older generations, but he is so popular that even the youngest fans know him. The JYP Entertainment CEO, Park Jin Young was one of the most successful K-Pop idols in the 90s. He wasn't as rich as now even when he was an idol, of course - it all started when he created his own talent agency called JYP Entertainment. He now has 17.8% share in the agency which he established back in 1997. He's an idol, an entrepreneur and an entertainer! His agency came to be known as the 'Big 3' agencies that produced top idol groups such as Wonder Girls, 2PM, GOT7, TWICE, DAY6 and more. From just a record company, JYP Entertainment went on to become a talent agency, a production agency and an events company as well! In addition to his entertainment businesses, even at 49, he continues to make music and release songs. His most recent song was a duet with Rain tiled 'Switch To Me'.

Former member of the legendary boy group TVXQ and a current member of JYJ, Kim Jae Joong is the second richest K-Pop idol in South Korea. He's an actor, singer, songwriter, businessman, director and a designer. Famous songs aside, he has even proved his great acting skills in multiple dramas. When we talk about businessmen, we mean that he surely knows the game of real estates too. He has a penthouse apartment in Samsung-dong, two coffee shops - 'Cafe J-Holic' and 'Cafe Cojjee', a bar and a Japanese restaurant in Gangnam, opened a new branch of his coffee shop KAVE and runs a mall called KAVE MALL in Japan. Kim Jae Joong even has his own fashion company. With all of these, how would he not be the second richest idol?

The first K-Pop idol who became an international phenomenon, PSY (real name Park Jae Sung) started his career in 2001 but only got fame long after that. He is a singer, songwriter, rapper and producer. When he signed with YG Entertainment (one of the Big 3 companies) in 2010, was when his career really took off. Did you know that he earned over $28 million just with his single hit 'Gangnam Style' in 2012? Through that one video, he crashed YouTube views counter, which then had to be increased to more numbers, as they never thought the number of views could be that much. It's a totally different case now though, but what he did is legendary. With that one hit, he got millions of followers, met Western musicians and is the face of many popular bands.

One of the most famous icons in the Korean entertainment industry, BIGBANG leader G-Dragon (real name Kwon Ji Yong) is the third one on the list. He's a singer, rapper, songwriter producer, and a fashionista. A part of his money comes in from the songwriting royalties that G-Dragon has earned. As a producer, he has written and produced approximately 180 songs, which include some of the group's hit songs such as 'Haru Haru'. In an interview, a band member also revealed that his several businesses make only 1 percent of what G-Dragon solely earns from his royalties - which was around $700,000! His endorsement deals cost an average of $2 million. Recently, he revealed that he is working on a new album for BIGBANG. We can't wait for their comeback!

Well, another legend on the list. Many international fans would remember him either as the 'Rainism' singer, the song that BTS' Jungkook danced to, or the popular actress Kim Tae Hee's husband. But Rain is a big name in South Korea. He's a singer, songwriter, producer, dancer, actor and now, a CEO too. He launched his own company 'RAIN COMPANY' and debuted his first boy group, Ciipher, a couple of months ago. He's done world tours and major Korean and American movies too!

Super Junior Choi Siwon is the fifth richest K-Pop idol with an estimated net worth of $50 million! From movies to lead roles in dramas to being a member of the legendary K-Pop group that earned many number ones, Choi Siwon might climb the list sooner than we think. He was also called the King of Twitter as he was the first K-Pop idol to reach 3 million followers on the platform, when Twitter was just launched in South Korea.