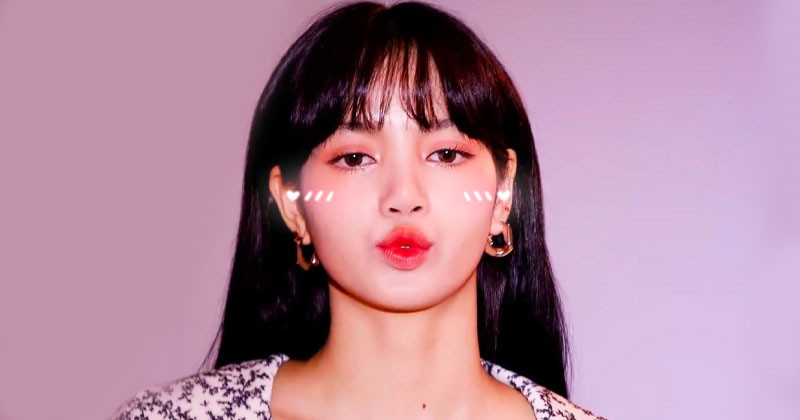 Chinese fans of BLACKPINK are known to raise money in celebration of the members' birthdays.

They have already raised 3 million CNY (~455,512 USD) and there are still four months remaining until Lisa's birthday in March. One fan posted on Twitter that Lisa has become the first and only female K-Pop idol who has a birthday funding surpassing 3 million CNY raised by her fans.

The donation will be made in time with Lisa's birthday, in which the funds will be used for various charity works and public service projects.

This is considered such a heart-warming act of Lisa's fans by raising funds for charity and meaningful activities under the idol's name.

"Long Lost Sister" of Lisa Found In The Most Beautiful Woman's Family?

Recently, "The most beautiful Miss in the world" Aishwarya Rai has uploaded on the personal page of a series of family photos gathered for the ninth birthday of her daughter - Aaradhya.

Miss World 1994 and her beloved daughter both quickly made people feverish. If Rai was praised for being splendid and beautiful as a goddess, netizens, especially Kpop fans, quickly saw that this beautiful girl looked too much like the main dancer of BLACKPINK, Lisa.

Indeed, 9-year-old Aaradhya has a lot in common with the maknae of BLACKPINK. The girl was commented by netizens with some figures that are most like Lisa: big, prominent eyes and smiling face. She also has her signature bangs that look like Lisa, making both of them look like "lost sisters" of each other. This discovery has caused netizens to discuss and share everywhere.

Aaradhya, born in 2011, is 9 years old this year and the daughter of "World's Most Beautiful Miss" Aishwarya Rai and husband Abhishek Bachchan. Aaradhya was born "golden spoon", not only by famous parents, but also his grandfather, legendary Indian actor Amitabh Bachchan. Inheriting the beauty of a famous mother, 9-year-old Aaradhya has an outstanding beauty, which is expected to become a stunning woman in the future.