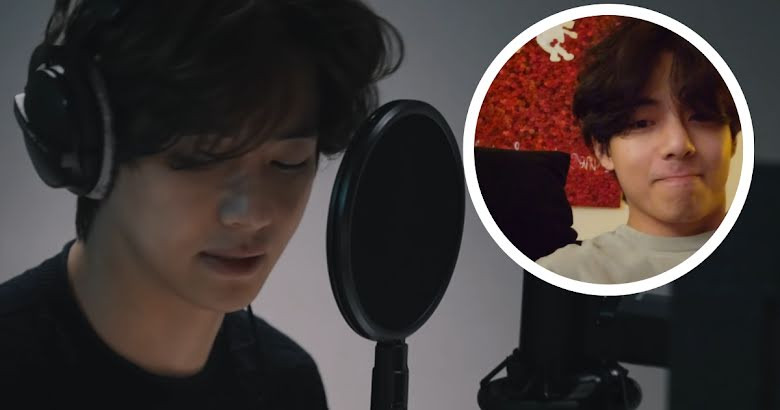 His answer had fans feeling a sense of déjà vu.

Weverse announced they would be integrating V LIVE into their platform in July, and changes have slowly been happening to the Weverse app since the announcement.

BTS’s V was on Weverse testing out some of the updates when he hosted a record 1-minute and 36-second live broadcast while trying out the new live button he saw on his app.

The short live broadcast left fans wanting more, and he didn’t disappoint when he answered a handful of questions, giving fans important updates on his life, including the progress of his solo album.

V updated fans on his adorable dog Yeontan, telling ARMYs that his furry friend was at his family’s house but that even V wanted more updates on his buddy.

Another fan asked V for advice about his fellow BTS member Jungkook, who the fan joked was ignoring them. V sweetly let the fan know that Jungkook loved them.

When it came to his solo work, he had a chaotic update for fans. A fan asked Taehyung if he was working on his solo album, and he excitedly confirmed that he was preparing for the album.

After confirming, he shared that he had just “completely erased everything” and was starting over again.

He further explained that this was why his days and nights were switched since he had been working on new material.

This isn’t the first time V has deleted his music; he also told fans in March of this year that he deleted all of the material he had recorded for his mixtape.

Fans hilariously reacted to the news, jokingly advising other ARMYs to download his songs quickly when he releases his album, as he may change his mind again.

Fans also acknowledged how hardworking V is, knowing that when he is ready to share his work with us, it will undoubtedly be worth the wait!