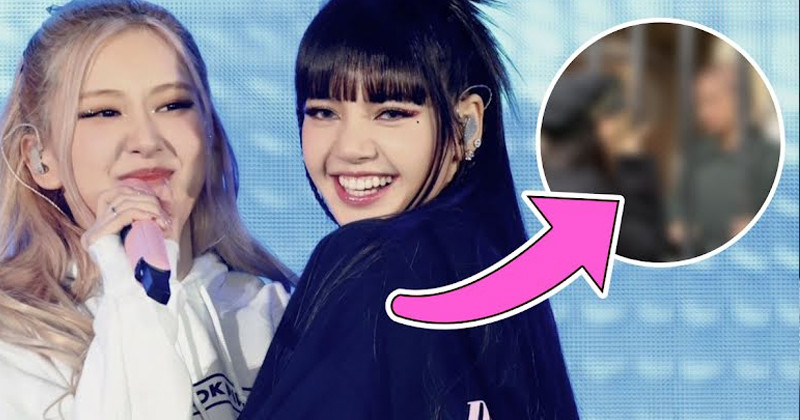 The two besties channel their inner actress with iconic results.

BLACKPINK has been traveling the globe since October, kicking off their world tour with a two-night show in Seoul before heading to Dallas, Texas, for the North American leg of the BORN PINK tour.

After wrapping the North American leg of their tour with a spectacular and celebrity-filled two nights in Los Angeles, the group headed home for about a week before heading to London for the start of their Europe shows.

Their London concerts were memorable in many ways. From their incredible performances to pranks gone wrong that turned into chaos to praise for the way they handled safety concerns mid-concert.

When they weren’t making headlines for moments onstage, they continued to earn attention for their daily life offstage.

While in London, the members made good use of their free time. BLACKPINK’s Rosé and Lisa showed off the fun they had on Lisa’s Instagram, where the group’s maknae documented their fun day off.

Her first few pictures in a set of seven photos show Lisa solo, continuing to be the model Celine ambassador in the brand’s clothes.

The rest of the photos showed Lisa and Rosé’s close friendship as they casually strolled and then ran carefree hand-in-hand through England’s streets.

Two photos, in particular, caught BLINKs’ eye, and it was pictures of the two besties recreating a scene from the Netflix mystery film Enola Holmes.

In the photos, Lisa and Rosé posed at the gates of the Maughan Library of King’s College in London.

It was the same location where Enola Holmes, played by Millie Bobby Brown, and Viscount Tewkesbury, played by Louis Partridge, filmed their “goodbye scene” in the first film.

The BLACKPINK members nailed their impressions of the two Enola Holmes characters, adorably adding their own charm to the photos. The two besties continue to be iconic.