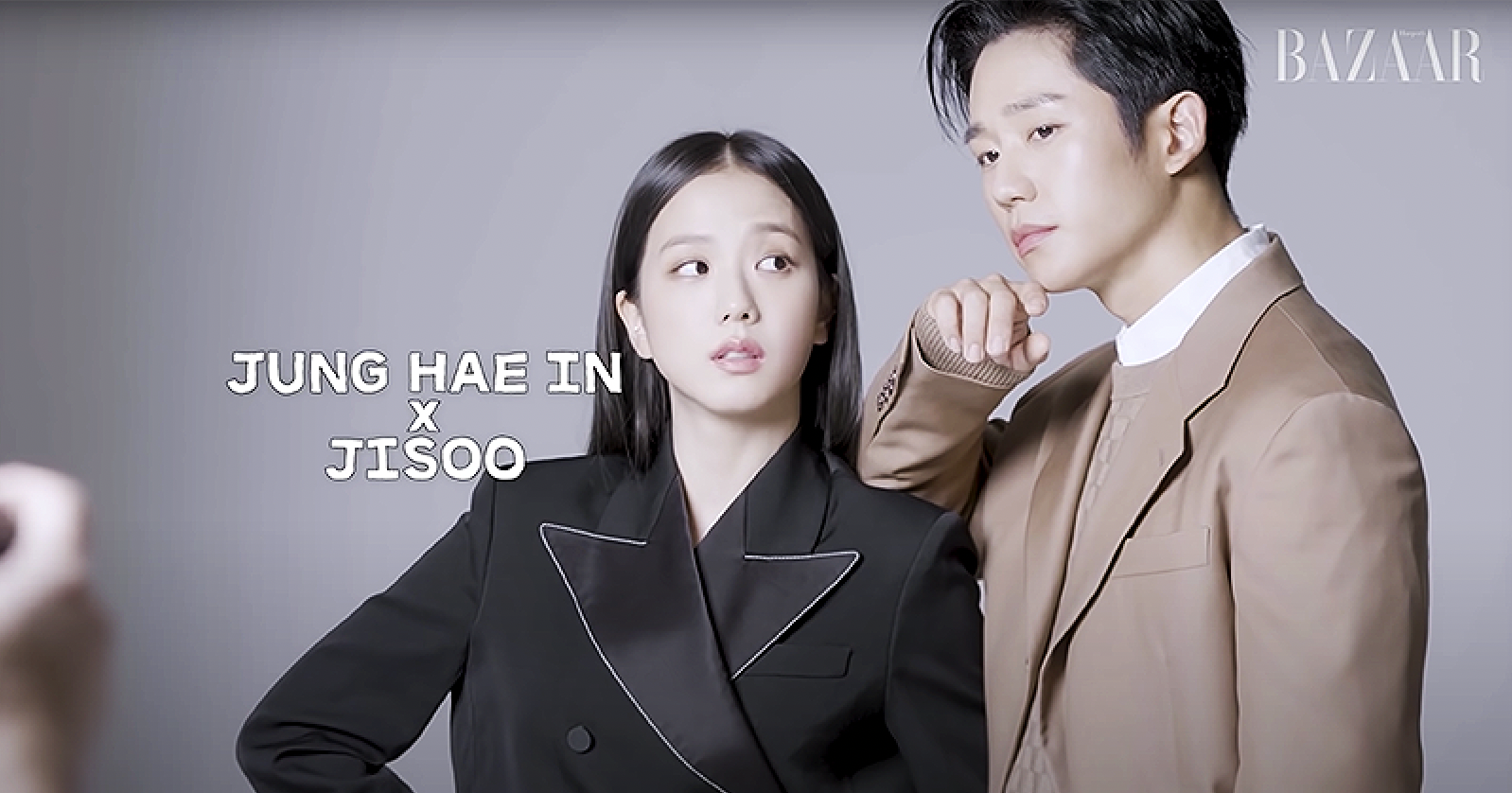 Can't wait for the drama!

Since the teasers have started to be released ahead of JTBC‘s newest K-Drama Snowdrop, netizens haven’t been able to get away from the chemistry between leading actors BLACKPINK‘s Jisoo and Jung Hae In.

Earlier in the month, the duo took part in an editorial for Harper’s Bazaar, and netizens couldn’t get enough of the chemistry between the two which seemed a lot more playful and lighthearted compared to the relationship portrayed in the show.

Well, it seems as if Jisoo and Jung Hae In have managed to capture the hearts of fans with their chemistry off-screen. They both recently appeared in a video for Harper’s BAZAAR Korea, where they had to answer questions about the show but through drawings.

From the beginning of the video, the duo seemed to have a playful friendship, teasing their co-stars about how they were drawing each other. In particular, Jisoo seemed confused that Jung Hae In was portraying her as a rabbit rather than a human.

Jung Hae In then couldn’t stop smiling as he watched Jisoo try to draw him as what he described as a “grass-head doll.” However, he couldn’t fault her effort as she explained that she was trying to draw him handsomely. 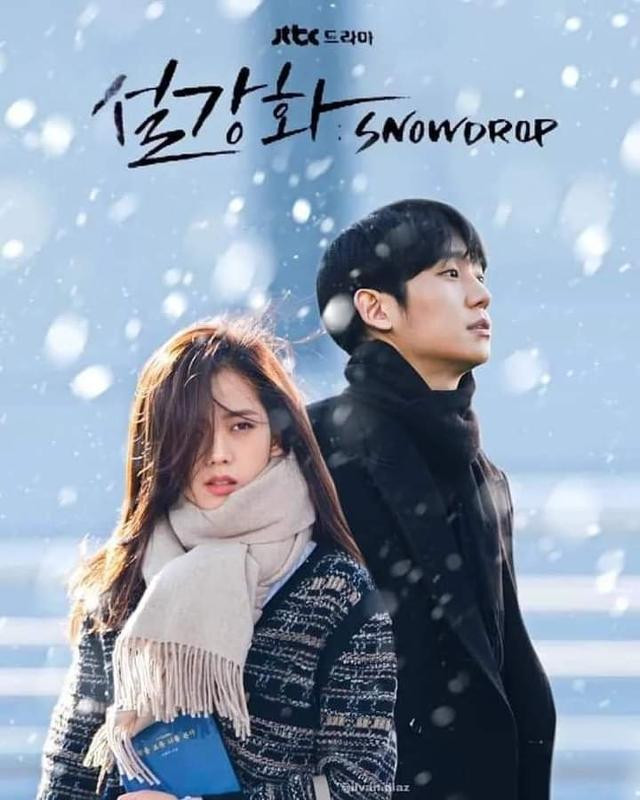 Throughout, the duo couldn’t stop laughing, and it showed just how comfortable they seemed to be around each other.

Yet, they also showcased just how much they respect each other as artists. When asked about a time they felt thankful for each other, Jung Hae In praised Jisoo for keeping the energy up despite working long days without sleep. Jisoo then praised her senior actor for how he worked with the students they worked alongside.

After sharing more TMI about the show from their most memorable scene and what fans can expect, it was time to judge each other’s drawings! As expected, the two were so polite and complimentary of each other, and it perfectly showcased the friendship between them.

As soon as the video was released, fans flooded the comments on the channel praising the two for not only their visual chemistry but how comfortable they seem around each other.

With teasers of the show being released regularly ahead of the show’s premiere, it seems like Jisoo and Jung Hae In have managed to portray their chemistry both in character and as actors perfectly. With their visuals and charisma, they are no doubt set to be one of the most iconic K-Drama couples of the year.

There are only a few weeks left until Snowdrop finally premieres and there is no denying that all of this content with Jisoo and Jung Hae In is definitely enough to get netizens excited!

Watch the interview below: