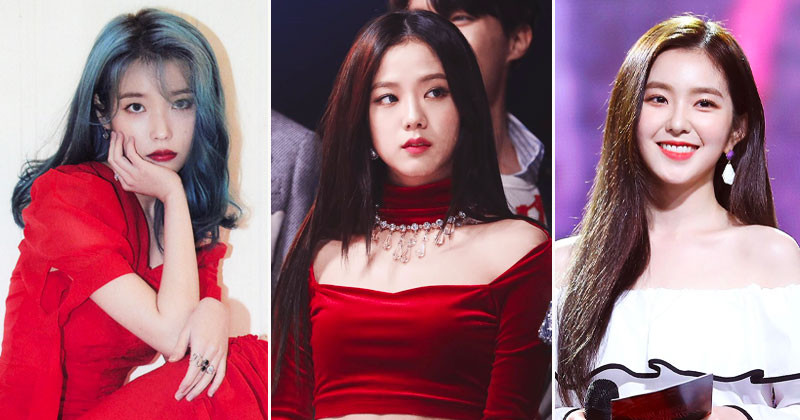 In a recent poll conducted by "Choeaedol," BLACKPINK member Jisoo was selected as the female idol people would most want to go on a trip with. Want to know who else made the whole rankings? Then keep on reading!

The poll was held from Jan. 20 to Jan. 27 on the "Choeaedol" app, a popular idol-centered voting application. The title of the said poll was "Which female idol would you like to travel with?" and it garnered 79,172 votes.

Out of the 123 female idols people could vote from, Jisoo ranked at number one with 29,750 votes, or approximately 38% of the total votes.

Besides her activities with BLACKPINK, Jisoo is currently pursuing a career as an actress. Jisoo is currently in the middle of filming for the JTBC drama "Snowdrop," in which she stars alongside Jung Hae In. It is Jisoo's first-ever lead role.

The story follows a student at a prestigious university, Im Soo Ho (Jung Hae In), who suddenly storms into a female dormitory drenched in blood, as Eun Young Cho (BLACKPINK's Kim Jisoo), a loving and warm student who hides him and tends to his injuries despite the danger of being under close surveillance.

BLACKPINK is currently in the middle of preparing for their first online live stream concert, "THE SHOW," It will be available on YouTube Music. The concert will be taking place on Jan. 31, 2021, and will feature the K-pop girl group performing their hit songs, as well as their never performed song from "THE ALBUM," which was released back in Oct. 2020.

Originally, "THE SHOW" was meant to be held on Dec. 27 but was rescheduled due to South Korea's new COVID-19 pandemic regulations.

To give fans a glimpse of what kind of performances they will get if they watch "THE SHOW," they appeared on "The Late Late Show with James Corden" and performed their song "Pretty Savage."

>>> See more: Fans Cannot Wait For BLACKPINK's Concert After This Performance on 'The Late Late Show with James Corden'