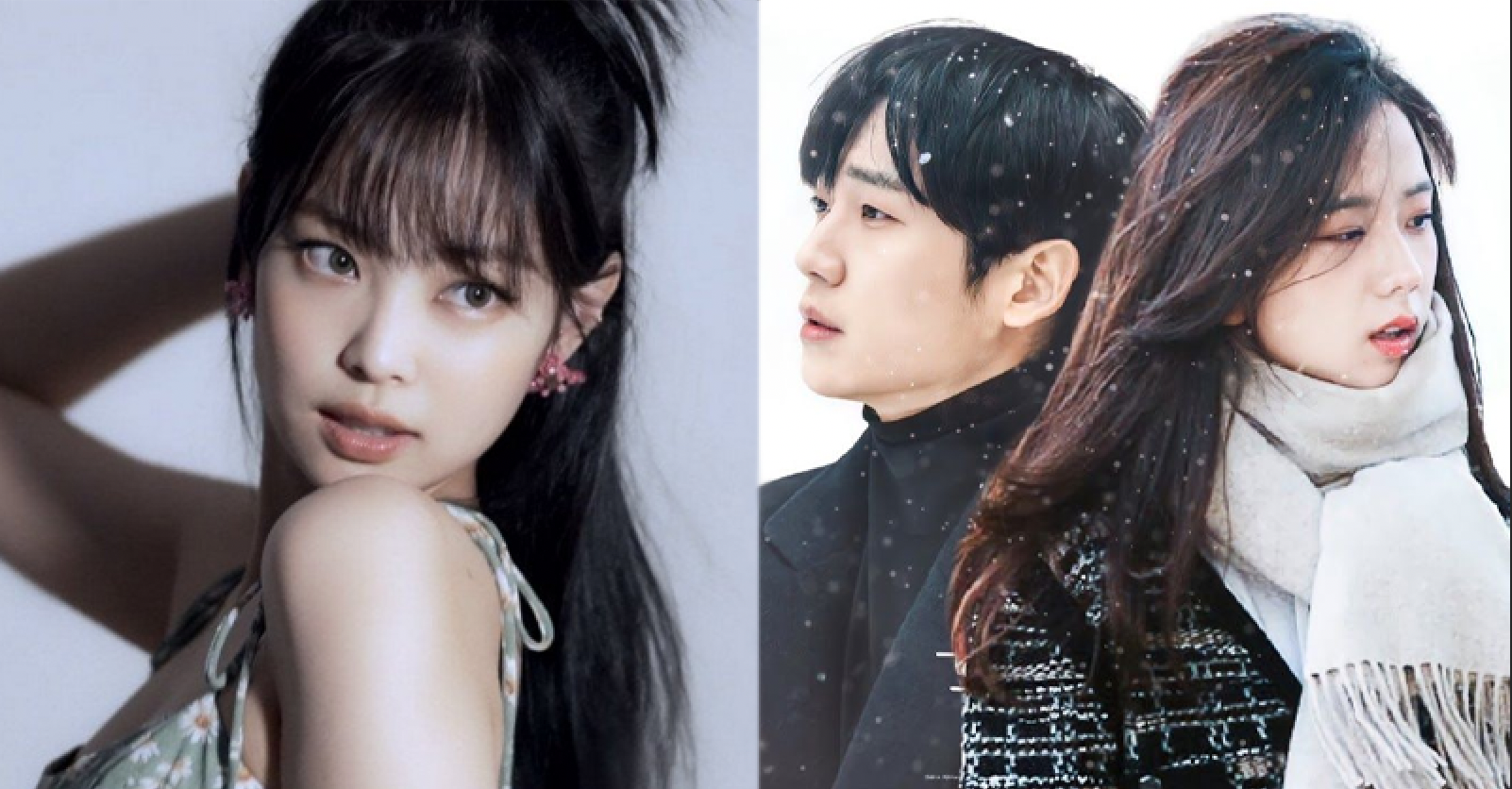 The premiere date for the upcoming JTBC drama "Snowdrop" is fast approaching, and fans can't help but be excited to finally see BLACKPINK member Jisoo on the small screen and make her acting debut.

Despite the initial controversy surrounding the drama from months prior, the drama still remains as one of the highly-anticipated dramas this year. 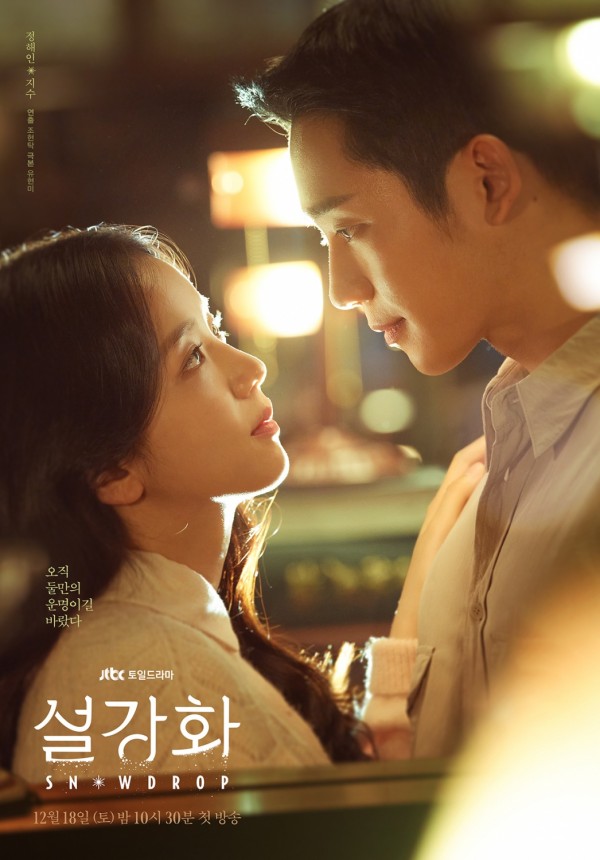 And with "Snowdrop" to premiere in just less than 5 days, JTBC has been building up excitement by releasing still cuts from the set of the drama.

However, in JTBC's recent still cut release, they drew much attention on various online community platforms and sparked speculation among fans that fellow BLACKPINK member, Jennie, will be making a cameo appearance.

In one of the still cuts for "Snowdrop," Jung Shin Hye can be seen holding a cup as she talks to other people on the table. However, the one that caught fans' attention was the girl wearing a blue plaid blouse and a matching blue headband at the right corner. 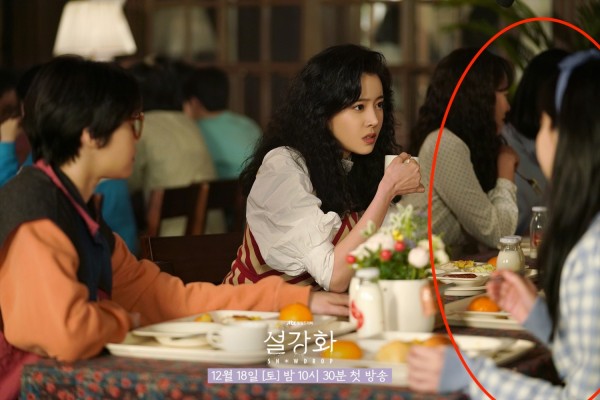 Although that part of the picture was blurred due to the focus, fans couldn't help but think it is Jennie as she is sporting the idol's same dumpling cheeks, and similar hairstyle and outfit in one of her Instagram posts from back in August 2020. 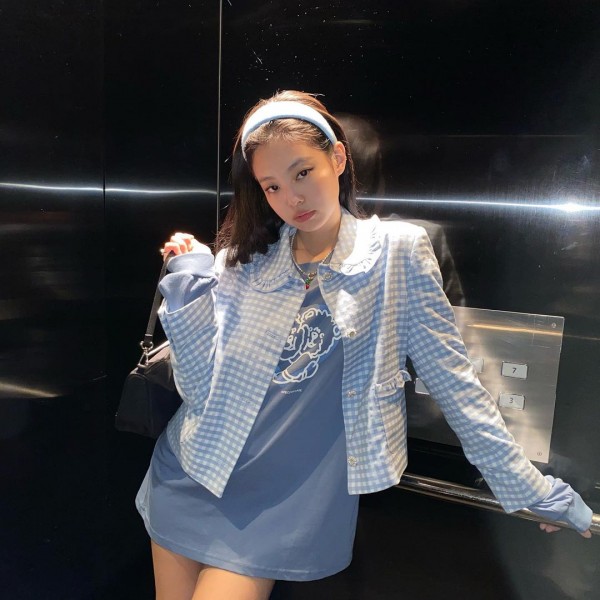 Many are also coming to the conclusion that Jennie made a cameo appearance to support Jisoo's first-ever drama!

Some of the comments fans left were, "Those dumpling cheeks can't be mistaken, I think that is Jennie," "I am looking forward to seeing Jennie in 'Snowdrop,' she and Jisoo will create an explosion for visuals," "It can't be a coincidence. She must've came to support Jisoo," "Call all four of the BLACKPINK members make cameos?," "I want to see Jisoo and Jennie in one frame in 'Snowdrop'."

Meanwhile, "Snowdrop" is an upcoming JTBC drama starring Jisoo and Jung Hae In. The drama, which will mark Jisoo's debut as an actress, is set in the period of 1987 in Seoul and follows a student at a women's university, Young Ro (Jisoo), as she saves Im Su Ho (Jung Hae In) who was injured and hides him from danger in the face of a political upheaval.

"Snowdrop" is set to premiere on December 18 KST on JTBC and Disney+. 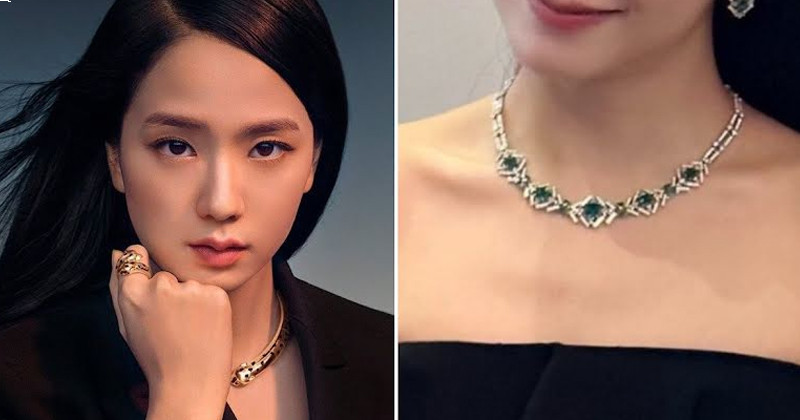