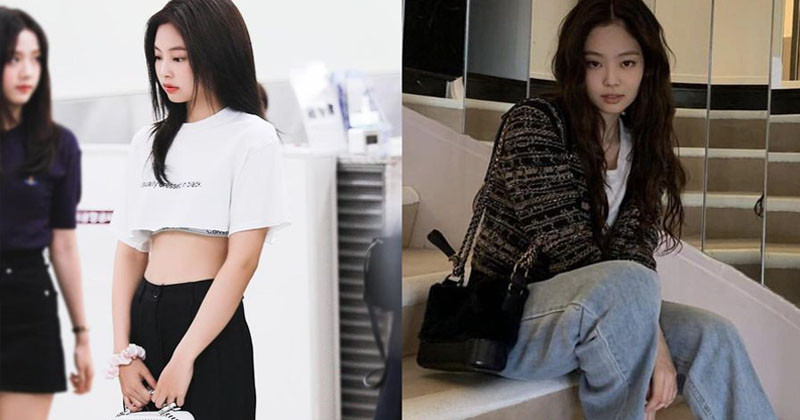 Young and rich, BLACKPINK's Jennie is known for not just actually being rich, but also looking the part as well.

Fans and netizens have always commented that it's not just the ridiculously expensive clothing and accessories that she rocks, but also just her visuals that embodies "rich girl". While it's possible for anyone to become attractive, what BLACKPINK's Jennie has, you have to be born with it. Simply put, you'll just think she's rich just by taking one look at her face.

Having the nickname 'human CHANEL', she often always has something from the luxury designer brand. Whether it's a t-shirt, a handbag, jewelry, or just straight up plastered from head to toe with CHANEL.

Her handbag collection will no doubt cause envy for most people as well.

You can check some of them out below. We say "some" because we're certain she' has a ton more stashed in her wardrobe.

(All handbags are by CHANEL)

Especially according to experts, Jennie is always one of the most “unique” beauty symbols in Kpop, possessing the non-standard features such as dumpling cheeks, not too high nose bridge, her eyes are slightly slanted but still pretty, she can nail all concepts.

Indeed, no concept can be a challenge for Jennie, no matter how weird. Recently, Jennie’s series of photos in BLACKPINK Season Greetings have made fans excited because the female idol is so beautiful and attractive, slaying the messy outfit though it would be a disaster if it was another idol and the uncommon hairstyle that she had promoted herself for a long time. Not only did she still stand out, but Jennie also proves her luxurious aura despite the styling.

Do you think Jennie is so beautiful?