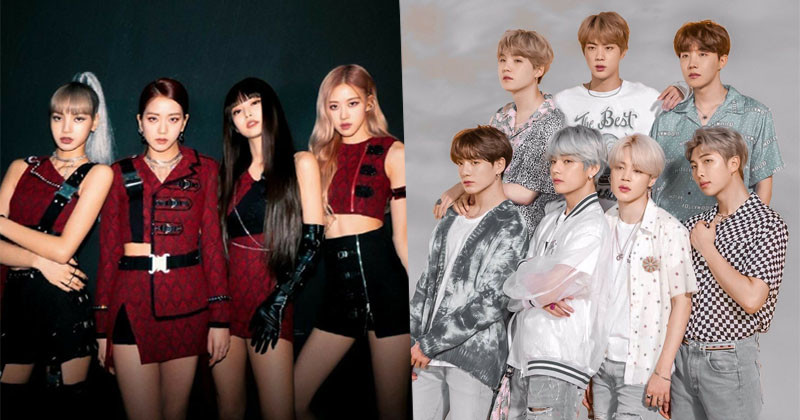 On Monday, Dec. 7, Forbes Asia official announced their "100 Digital Stars" list. See which K-pop groups and artists made it into the list!

Every year, Forbes Asia releases its "100 Digital Stars" list to highlight 100 digital stars across the Asia-Pacific region who have proved their place in the digital world. They appreciated stars with powerful social media presences, who remained active and relevant in spite of the difficulty of 2020, and raised awareness of numerous issues, and spread optimism to the public. On the list, numerous K-pop stars are honored for their digital influence. Here are the celebrities mentioned.

The first K-pop group, and the first group mentioned on the list in general, is BLACKPINK. The members of the group, Lisa, Jennie, Rosé, and Jisoo are South Korea's most-followed celebrities on Instagram. Each member is the face of a luxury brand. Lisa is the global brand ambassador f Celine, Jennie is the face of Chanel, Jisoo is the muse of Dior, and Rosé is the brand ambassador for Yves Saint Laurent. Back in October, BLACKPINK became the first girl group to ever top the Billboard Artist 100 Chart.

The next group to be mentioned is BTS. The septet is one of the world's most successful musical groups in history. BTS has garnered 33 million Instagram followers and 31.3 million followers on their Twitter. The music video for their song "Dynamite" broke the YouTube record for the most views within the first 24 hours and is the first music video in YouTube history to get over 100 million views within the first 24 hours of it being posted.

The next K-pop group to be mentioned is the JYP Entertainment girl group, TWICE. The nine-member girl group has over 15 million Instagram followers. Earlier this year, TWICE won the music category at the Shorty Awards, an American awards ceremony celebrating social media. Back in June, the group released their song "MORE & MORE", which has amassed over 200 million views on YouTube.

f(x) member Victoria was also included in the list. It was noted that her career started in Korea as the leader of the SM Entertainment girl group. Now, she is active in China, appearing in numerous films, dramas, and variety shows.

Victoia has amassed nearly 50 million Weibo followers and was voted as this year's "Golden Eagle Goddess" in China, which is a national award given to her for her excellence in the TV industry. Victoria is China's ambassador for Cartier.

The SM Entertainment girl group Red Velvet was also named as one of Forbes Asia's digital stars this year. The group's latest comeback, "Psycho," was released back in Dec. 2019 and has amassed nearly 200 million views on YouTube and scored the group a nomination for "Best K-Pop Music Video" at the 2020 MTV VMAs. Members Irene and Seulgi debuted in a sub-unit back in July with "Monster." The music video garnered 70 million views.

The 13-member boy group SEVENTEEN was also included in the list. This year, the group released two mini-albums, "Heng:garae" in June and "Semicolon" in October, which both sold over a million copies. Back in 2019, the group ranked at number six on Billboard's Social 50 chart.

Soloist HyunA was also named. She has 15 million Instagram followers and is known as not only an amazing soloist but also for co-starring in PSY's "Gangnam Style" music video, which is one of the most-watched videos of all time.

Another f(x) member made the list! Krystal was included, with Forbes noting that she spent a decade as a member of the girl group f(x). Krystal, who has 12 million followers on Instagram and Weibo, is currently the brand ambassador of Audi Korea.

The Nation's Little Sister, IU, was also named. She is the most-followed soloist in South Korea on Instagram, with over 16 million followers. Back in May, her song "eight" topped the Billboard's World Digital Song Sales chart and the music video for the song has over 100 million views on YouTube.

Sunmi, who first made waves as a member of Wonder Girls, was included in the list. Her latest single, "Pporappippam" has 12 million views on YouTube. Her duet with J.Y. Park, "When We Disco", has 28 million views. Both songs were nominated for the Mnet Asian Music Awards 2020.

Suzy, who is known as a former Miss A member and the Nation's First Love, is another idol on the list. She is the second-most popular South Korean actress on Instagram, with over 13.5 million followers. Suzy has endorsement deals with Dior, Gucci, and Lancome.