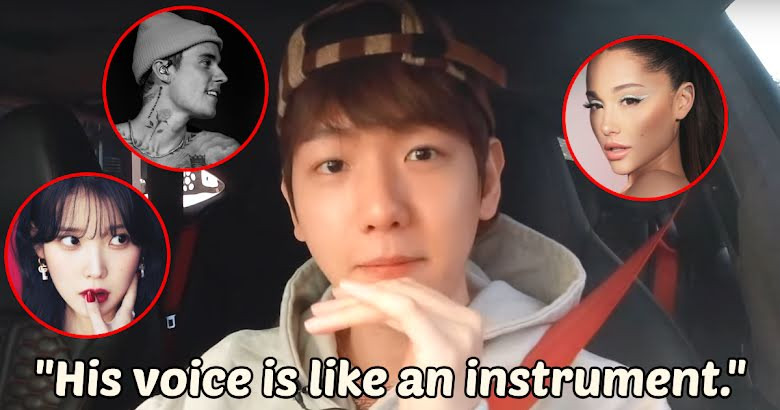 He has a song for every mood.

EXO’s Baekhyun recently surprised his fans, EXO-Ls, with a simple vlog of himself driving while listening to some of his favorite songs. He wanted to share his playlist for people who might be traveling over the Chuseok holidays.

Here are the 9 songs Baekhyun recommended.

He recommends listening to this song on sunny days.

This is another song Baekhyun recommends for days with nice weather.

According to Baekhyun, this song proves that DEAN is an incredible singer.

He discovered this song thanks to an EXO-L’s recommendation and even talked about how he has thought about getting a tattoo himself!

He praised the harmonies of H.E.R. and Daniel Caesar singing together.

Baekhyun had nothing but praise for IU as he sang along to her song.

8. “Love Me Harder” by Ariana Grande & The Weeknd

He specifically said he would love to collaborate with Ariana Grande one day!

“His voice is like an instrument,” said Baekhyun about Justin Bieber.

Before ending the vlog, he reminded fans that he would always be by their side.

Throughout the ride, he treated his fans to a mini cover of all the songs. EXO-Ls look forward to Baekhyun being discharged from the military, and maybe he could cover his entire playlist!

Watch the full vlog below.

>> Halsey Has The Best Relationship With BLACKPINK Rosé, As Shown Through A Funny Twist